Using Plastic Bottles For Drinking Water? Beware Of These 5 Side Effects 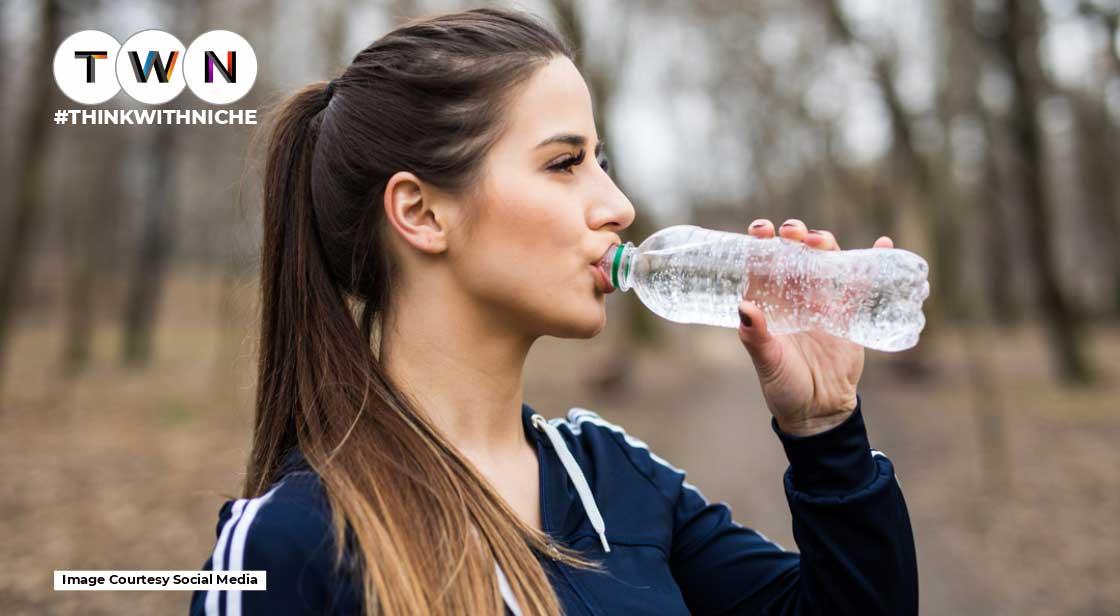 The demand for single-use plastics increased exponentially during the global COVID-19 pandemic, particularly for plastic food takeout containers and medical waste such as single-use masks. By August 2021, 193 nations had produced an additional 8.4 million tonnes of plastic garbage attributable to the epidemic. How does plastic pollution affect people, despite the fact that this expanding epidemic has a substantial negative impact on the environment? The chemical synthesis polymers that makeup plastics are utilized in a variety of products, including water bottles, clothing, food packaging, medical supplies, electronics, building materials, etc.

Plastic bottles are the most common type of containers that people choose to store water in. If you're one of them, we could change your mind by telling you about the side effects of drinking water from plastic water bottles. Apart from the harmful effects on your health, plastic bottles are also not good for the environment. Most of the plastic waste ends up in landfills and water bodies, which disturbs marine life and also causes land pollution. You can always opt for better, reusable, and more sustainable options like steel flasks, glass bottles, stainless steel bottles, or aluminum bottles.

Let's understand how drinking water from plastic bottles can affect your health.

As the world's capacity to deal with the fast-rising production of disposable plastic goods becomes overwhelmed, plastic pollution has emerged as one of the most urgent environmental challenges. In developing Asian and African countries, where garbage collection services are either ineffective or nonexistent, plastic pollution is most visible. However, the developed world also has issues with adequately collecting used plastics, particularly in nations with poor recycling rates. The United Nations has been trying to create a global convention because plastic waste has become so ubiquitous.

During their lifetime, humans consume about 44 pounds of plastic. According to a recent survey, India produces 6,000 tonnes of plastic each day, of which nearly 10,000 tonnes are not collected.

Microplastics, referred to as tiny pieces of plastic, are a common component of bottled water, according to research done by the non-profit journalism organization Orb Media.

More than 250 bottles from 11 different brands that were sold in nine different countries were included in the State University of New York study. In reality, only "a few" of the bottles had any plastic, but others had thousands. All of the brands had some extent of harm.

When you pick up a plastic water bottle, you should also think about the lives of thousands of underwater species in addition to your own health. One garbage truck load of plastic is entering our waterways every minute. The effects on marine life of this amount of rubbish, which includes millions of plastic water bottles, are catastrophic. Every year, plastic kills millions of animals, including birds, fish, and other marine life.

The latest ban on single-use plastic in India has also drawn attention to the general use of plastic in day-to-day life. Chemicals present in plastic can be quite hazardous.

Yet, it's not uncommon to see people with plastic bottles in their hands. Plastic bottles are the most common type of containers that people choose to store water in. If you're one of them, we could change your mind by telling you about the side effects of drinking water from plastic water bottles.

Plastic bottles release toxins which can be harmful.

You could be using high-grade plastic, but it still carries a lot of chemicals and bacteria. It does have a harmful effect on the environment, but the alarming rise in usage of plastic bottles is also impacting your health."

Why is drinking bottled water harmful? because the plastic bottles' toxins eventually leach into the water. These harmful toxins have been related to a number of diseases, including liver and kidney damage, breast and uterine cancer, once they have entered your bloodstream.

Here's how drinking water from plastic bottles affects your health:

1- Consuming Water From Plastic Bottles May Cause Weight Gain.

If you're trying to lose weight and are on a health kick, you might want to pay closer attention to the packaging of your foods and drinks. One of the most unexpected negative impacts of plastic water bottles may be weight gain, but current scientific evidence supports the claim.

According to a study that was published in the journal Environmental Science and Technology, some chemicals in the plastic used to make water bottles can alter how your body handles fat and increase the overall number of fat cells in your body. with substantial effects on your overall weight.

It is always recommended not to store or drink water from plastic bottles. It is because the chemicals from plastic are ingested into our bodies and are capable of disturbing our immune systems.

Due to the presence of a chemical called phthalates in plastic, it can lead to problems like liver cancer and sperm count reduction (in men). A recent study done by the State University of New York in Fredonia shows that there are excessive levels of microplastics in bottled water, especially in popular brands.

Chemicals like Biphenyl A, which is an estrogen-mimicking chemical, can lead to health problems such as diabetes, obesity, fertility problems, behavioral problems, and early puberty in girls. It's better not to store and drink water from a plastic bottle.

With direct exposure to the sun, plastic bottles may lead to chemical leaching and release harmful chemicals like dioxin which increases the risk of breast cancer.

Direct exposure to the sun releases a toxin called dioxin, which when consumed can accelerate breast cancer.
Even though you probably won't experience many of these negative side effects from drinking from a single plastic water bottle, if you frequently grab a piece of plastic off the shelf over your sink, beware. Repeated usage of plastic bottles can seriously harm you since toxins and microplastics build up in your body over time.