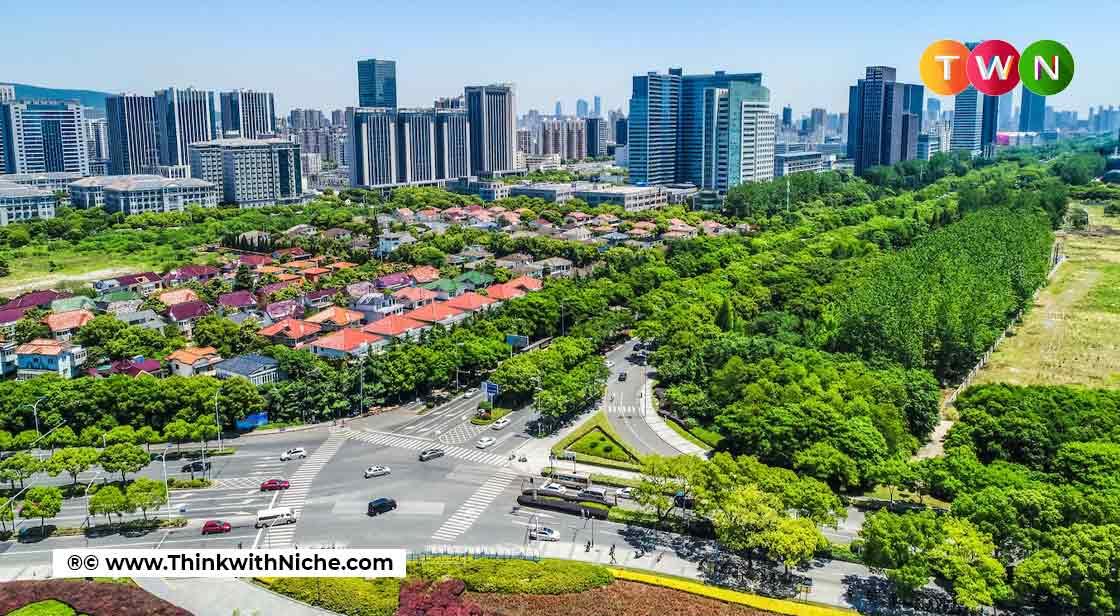 Trying to figure out what makes a city sustainable is a difficult task. Is it possible for a city to be sustainable if it has bike lanes but no renewable-energy policy? Many recent studies have focused on economics and the Sustainable Development Goals of the United Nations. And metrics like these are critical for establishing global standards and goals. However, for us as travelers, sustainability also refers to how visitors can participate in the changes, how enjoyable or simple it is to engage with a city in an environmentally conscious manner, and to initiatives that visitors can see and feel alongside engineering achievements and technical expertise.
It's all well and good to rate a city based on its water usage, but if your experience is that you can't get public transportation, recycle your trash, or relax in a green space, we've discounted it. Our (admittedly unscientific) criteria include destinations that are not rapidly expanding (rapid expansion and sustainability rarely go hand in hand), have green travel schemes and places to stay, elements of the circular economy in place, and policies that integrate these initiatives across all sectors. We're looking for places where you can hop on a bike, visit a market, stay in an eco-hotel, and embrace the sense of joy that comes from getting beneath the skin of a city while leaving a small footprint. #TWN

Our natural resources are depleting faster than a bullet train. It must have been obvious given the current coal shortages in many cities. The overuse and exploitation of natural resources by large corporations and governments are to blame for the decrease in their number. Aside from resource depletion, the state of our environment is also worrying. There are all sorts of pollution everywhere and global warming is on a rise According to a recent  United Nations (UN) report, global warming would increase the earth's temperature by 1.5 degrees if it is not controlled. That would be a huge mistake.

There’s only one way to fight this catastrophe which is to adapt to sustainable development. It refers to development that meets the needs of the present without compromising the ability of future generations to meet their needs. Many cities around the world have successfully adopted this model. Let’s have a look at some of them and try to understand how they achieved it so fast, while the others are still trying to figure it out.

The Swiss city is also known as one of the world’s most sustainable cities in the world. Zurich, with the help of education and public awareness, has been successful in turning itself into a beautiful and sustainable city that leaves behind as few energy footprints as possible. The people are encouraged to walk and take public transport rather than invest in private means of transport. Even homes and buildings are built within strict sustainable-building principles.

For a variety of reasons, Copenhagen has been labeled the world's greenest city. The revolutionary improvements in public transportation are one of the reasons. Public buses are being converted from diesel to electric, and routes are being constructed expressly to accommodate more bicycles. Even the city's hotels are eco-certified, which means they adhere to strict guidelines for sustainable energy, food, and design.

According to many reports, Stockholm ranks at the top when it comes to sustainable cities. Most of the hotels in the city are eco-certified and watch their energy footprints. The city recycles almost all of its household waste and labels everything in the manner how they were made. This allows people to question if something is not made in an eco-friendly way. Most of the roads in the city are designed to allow more space for pedestrians and cycles.

One of the largest and perhaps, the most beautiful cities in the world; London is also known for its eco-friendly ways. One of the most remarkable things about the city is that it has over 3,000 green spaces and parks. London has often been ranked amongst the most environmentally friendly cities in the world. The city would also reach net-zero greenhouse gas emissions by 2050.

Top 10 eco-friendly cities in the world

Here is the list of the ten most eco-friendly cities in the world:

Top 10 Most Sustainable Cities in the World

Here is the list of the ten most sustainable cities in the world:

You can see some names are common in both these lists, which shows how well these cities have been planned and the efforts behind maintaining high standards of a sustainable lifestyle.