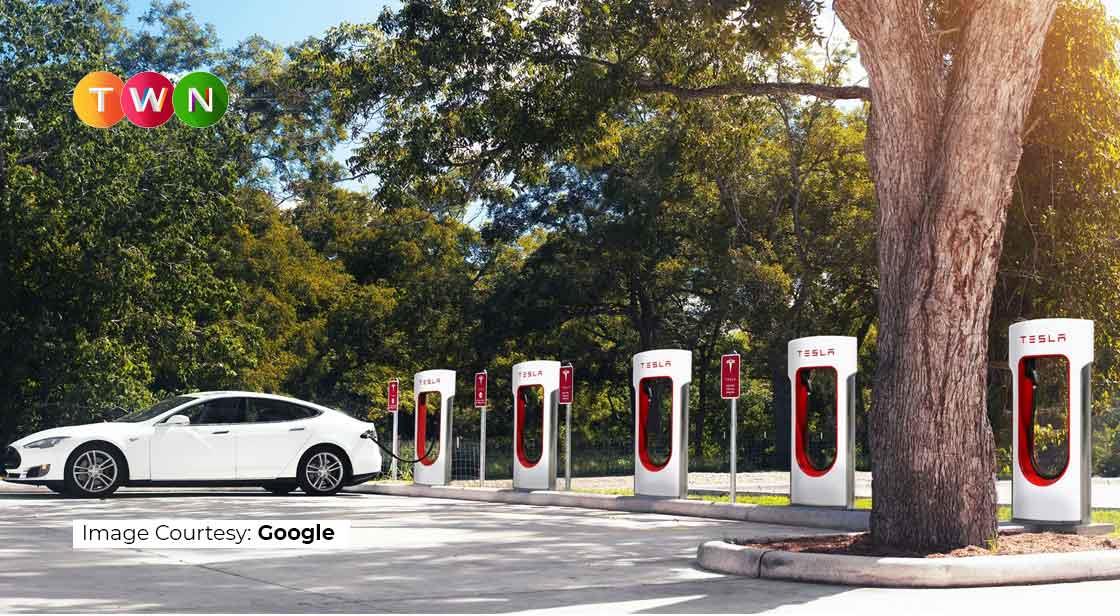 Since the launch of the first Tesla electric vehicle (EV), consumers have been curious in how EVs compare to traditional internal combustion engines in terms of total carbon footprint (ICEs). We all know that Elon Musk's Tesla vehicles emit less pollution from the tailpipe. Tesla's environmental tale, on the other hand, is not as black-and-white as it appears. #ThinkWithNiche

Rather than focusing on short-term goals and rapid growth, as many traditional car companies do, Tesla chose to focus on two major sustainability imperatives from the start: the transition to a carbon-neutral economy and the urgent need for a new sustainable transportation business model based on zero emissions.

Both businesses and homeowners may create solar energy with solar panels and store it in a Powerwall battery, thanks to Tesla. Tesla also claims to be working to extend the life of its batteries and ensure that they are appropriately recycled.
Lack Of Transparency
According to a recent analysis completed by Arabesque (not publicly available), the car firm is among the 15% of the world's major companies that do not publish their overall greenhouse-gas emissions across 14 indices. GM and Ford, on the other hand, are significantly more transparent. Arabesque is an asset management firm that allocates capital based on ESG (environmental, social, and governance) and sustainability criteria. It says that ESG policies reflect a company's strategy, corporate purpose, and managerial abilities. Tesla's carbon emissions are displayed as graphs rather than numbers, hinting that the figures are not accurate. They also don't say whether these graphs include Scope 1 or Scope 2 emissions, or what percentage of operations they cover. The company's lack of transparency about its carbon emissions and ambitions raises concerns about its commitment to a sustainable future. The corporation has also refused to commit to carbon targets, so their plan to trade automobiles for the energy-intensive cryptocurrency bitcoin seems comprehensible.
Cobalt Batteries Adding Extra Price
However, the most recent generation of batteries, particularly Tesla batteries that strive to completely eliminate cobalt, are extremely recyclable. Not only can 90 percent of the battery be recycled, but it can also be used for energy storage for another 20 years or more after its usable life in a Tesla. The cost of these batteries increases the vehicle's price, making it unaffordable for the great majority of customers. How can sustainability be incorporated with only a few Tesla car owners?

Domestic Workers Not In Good State
Tesla has been hit with a slew of legal issues and charges. The majority of them are related to China's policies regarding supply-chain worker conditions. Despite Musk's claims that working conditions have improved, there remains a gap between employee feedback and the lack of a detailed report.

Conclusion: Tesla has established a number of protocols, both in its plants and in the areas where it works, to attain a zero-emissions future.  They're doing fantastic work in the field of solar energy. Their business is still unsustainable. It must endeavor to eliminate Cobalt, be honest about its carbon emissions, and improve the lives of its employees.