UP Global Investors Summit 2023: A Commitment Of Inclusive Development 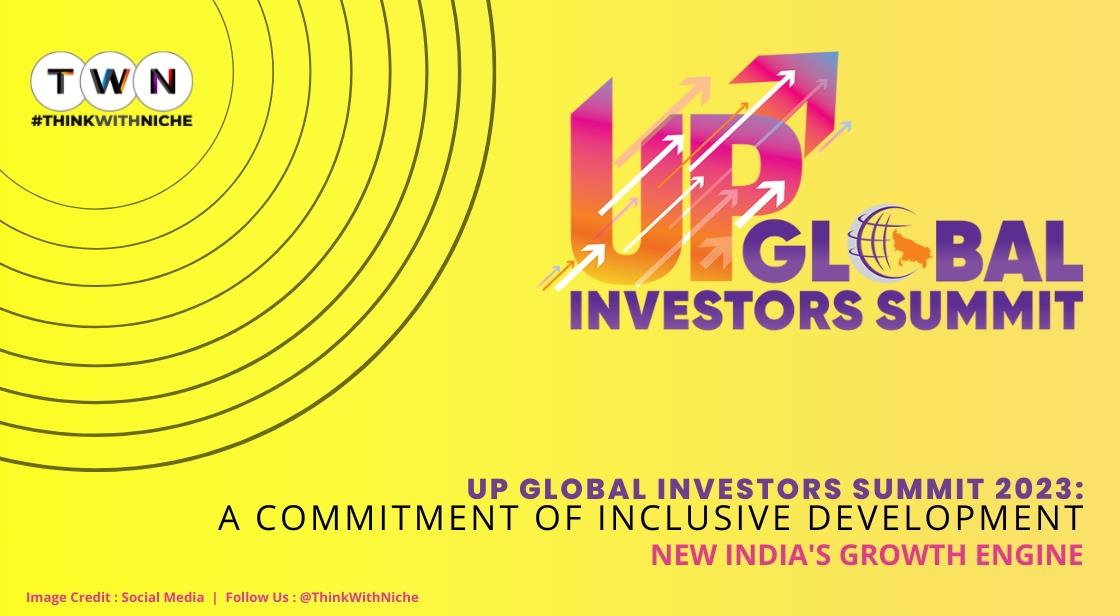 The flagship investment summit of the government of Uttar Pradesh will be held in Lucknow from February 10–12, 2023, under the title Global Investors Summit (UPGIS). The three-day Investors Summit will bring together policymakers, government officials, academics, corporate executives, business delegations, and think tanks from all over the world to jointly explore business opportunities and create alliances.

The Government of Uttar Pradesh has set an aspirational goal of transforming the State into a USD 1 Trillion economy in the next 5 years as part of the UP Global Investors Summit 2023 initiative, which is tied to the vision of the Hon'ble Prime Minister of India of making our country a USD 5 Trillion economy. Let's have a look at how UP Global Investors Summit 2023 is insuring its Commitment to the Inclusive Development of Uttar Pradesh.

There are only a few weeks left until the Uttar Pradesh (UP) Global Investors Summit 2023. The state government, led by Chief Minister Yogi Adityanath, has been working tirelessly to be ready for the UPGIS in order to provide the state with a new level of industrial and economic development. Several of the attempts have, according to official updates, paid off, and the state has been able to secure investment bids totaling close to Rs 7 lakh crore.
Under the direction of Chief Minister Yogi Adityanath, state representatives have also been traveling internationally to obtain a variety of investment proposals.

By formulating more than 25 policies to attract investment across the defense and aerospace manufacturing, electric vehicle manufacturing, warehousing and logistics, electronics manufacturing, tourism, textile, MSME, and other sectors, the government of Uttar Pradesh has taken a number of reformative steps toward building a holistic ecosystem for industrial development. Through this flagship Investment Summit, the State Government hopes to increase Uttar Pradesh's investment attractiveness to the investor community and foster prospects for the State's inclusive growth.

UP Global Investors Summit 2023: A Commitment Of Inclusive Development

More than 10,000 delegates (domestic and international) from more than 20 different countries are expected to attend UPGIS 2023. This event will have a significant impact and serve as a unique forum for business networking, knowledge sharing, and strategic partnerships by bringing together business executives, political and economic dignitaries, entrepreneurs, and industry professionals from all over the world.

The Government of Uttar Pradesh has released a new online system for signing Memorandums of Understanding (MoUs) and monitoring their implementation with the goal of attracting investment intents totaling INR 10 lakh crore at UPGIS 2023.

The Government of Uttar Pradesh is holding roadshows in 16 countries and 8 important Indian cities in the run-up to UPGIS 2023 to promote the state's investment appeal and attract investment intentions. The United States of America, the United Kingdom, Canada, Japan, South Korea, Singapore, Germany, The Netherlands, and the United Arab Emirates are just a few of the progressive nations that have already agreed to participate as "Partner Country."

Sector-specific knowledge sessions, partner country sessions, B2B/B2G/G2G meetings, networking meetups, an innovation exhibition with global tech products on display from around the world, an art and craft representation of Uttar Pradesh, cultural programs, and other events will be featured at the Global Investors Summit in 2023.

At the Investors Summit, the state government hopes to entice 10 lakh crore worth of investments. The Government of Uttar Pradesh has released a new online platform for concluding Memorandums of Understanding (MoUs) and monitoring of their implementation in advance of UPGIS 2023.

Knowledge-sharing sessions, cross-border investment commitments, and a gathering of world business, political, and government leaders for our nation's economic development will all take place at UPGIS 2023.

A hundred-day "UP Global City" campaign has been started by the Uttar Pradesh government in advance of the G20 summit and the Global Investors Summit. With a focus on bettering urban facilities, air quality, cleanliness, and aesthetics as well as effective rubbish disposal, the initiative seeks to bring metropolitan areas in the state up to international standards. The 762 urban bodies in the state will all participate in the campaign.

Arvind Kumar Sharma, the state's minister of urban development and energy, launched the "UP Global City" initiative. Sharma presided over a high-level meeting on the campaign and gave officers instructions on how to make it successful. The ambition of the Yogi Adityanath-led government is to grow the state's economy to $1 trillion in the following five years.

The Uttar Pradesh government has scheduled a variety of events in Agra, Varanasi, Greater Noida, and Lucknow in order to promote "Brand UP" ahead of the G20 conference. In addition, the government will run a marathon later this month and start door-to-door waste pickup from February 1 through March 31, 2023.

The premier biennial investment promotion event for Madhya Pradesh, the Heart of India, is the Global Investors Summit. By highlighting and promoting the state's growth potential, the investment climate, the infrastructure, and other advantages of Madhya Pradesh, it offers a crucial platform for interaction and connection with potential investors.

The 7th edition of the "Invest Madhya Pradesh - Global Investors Summit" was slated to take place in Indore, the state's commercial center, on January 11 and 12, 2023. "MADHYA PRADESH - THE FUTURE READY STATE" is the theme of the event, and the programme, which is being held in India's cleanest state and cleanest city, will be "Carbon Neutral" and "Zero Waste." Participants in the event will include more than 5000 industrialists, representatives of numerous industry associations, foreign delegates, including more than 500 international delegates from 80+ countries, and representatives from all G20 countries. Ministers and officials from the central and state governments will also attend the event.

The objective of two-day event