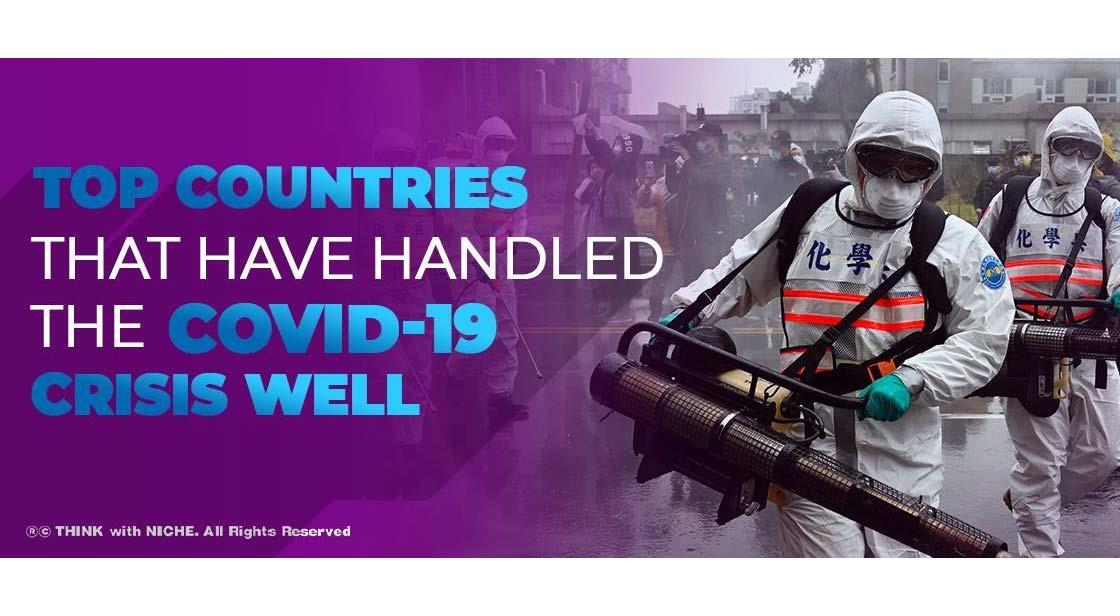 The COVID-19 crisis saw many countries crumbling down including India. But there were countries that handled the pandemic really well. Here’s a list of those countries. #ThinkWithNiche

For the past two years, the world has been in a severe crisis owing to the COVID-19 pandemic. What began as a virus outbreak in China soon became a pandemic, and the whole world stopped in time. Travelling was stopped, curfews were imposed, borders got closed, and everyone was urged to stay at home. Countries saw a large number of deaths and reported millions of cases in a day. There was chaos everywhere, and everyone was scared. Every day lakhs of people lost their lives, and millions were rushed to the hospital. Amidst this, even the developed countries saw a health crisis. Hospitals were crowded, and spirits were crushed. One can estimate from this what the underdeveloped or poor nations went through.

But despite this, some countries did well. Their administration took charge of the situation early on, and they were able to contain the number of deaths and thus stop the spread of the virus before other countries. As we move towards a better future and one which would be free of the COVID-19 virus, it is important to recognize and celebrate the nations that scored well on their report cards. Let’s have a look at some countries that handled the COVID-19 crisis well.

Liberia, a country in West Africa, became the first country to sense what was coming and became the first-ever country to take COVID-19 precautions. Liberia, having suffered through the Ebola virus, knew the dangers of a pandemic and thus took proper measures to stop the spread before anyone else. It started screenings for COVID-19 at airports and adopted rapid testing, along with contract tracing and complete quarantine.

The healthcare system of New Zealand would have been completely crushed by the pandemic. Since New Zealand is an island and a famous tourist spot, the spread of the virus has been all the more deadly. But thankfully, the country began preparing for the pandemic early on, implementing its pandemic influenza plan in February itself. The country went into a complete lockdown in March to contain the spread completely. And it worked miraculously since, by June, the pandemic had been successfully eliminated.

South Korea became the best country at testing. Being close to China, the country was at higher risk of a deadly pandemic than many other countries. But thankfully, the authorities started conducting twice as many tests per capita, ensuring that they catch the carriers of the virus early on. Amongst this, they also implemented contract tracing and quarantine and were thus successful in containing the virus.

Hong Kong emerged as the best country in implementing quarantine. Since the country has the highest population density in the world, it was at a higher risk of deaths and COVID-19 cases. Therefore the authorities implemented mandatory isolation and quarantine early on. It helped contain the virus and keep the number of cases very low.