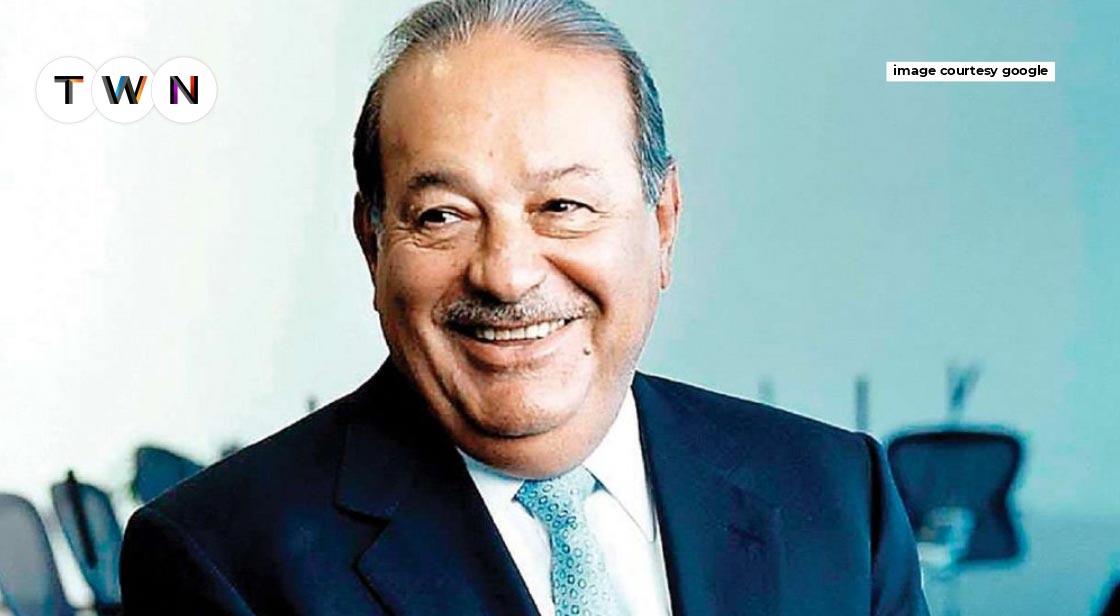 Carlos Slim tops the list of richest people in Mexico. Slim's mobile telephony business, América Movil, had taken over Telmex and turned it into a privately held subsidiary by 2012. América Movil, through its subsidiary Telcel, controls over 70% of the mobile phone line market and 80% of the landline market in Mexico. In the wake of new anti-monopoly legislation in Mexico, the corporation is preparing to sell assets in order to reduce its market share below 50%.

Slim, on the other hand, is unlikely to be angry that the various assets, such as cell phone towers, might potentially bring in $8 billion or more, representing a significant return on investment. we will talk about Carlos Slim, the richest man in Mexico. #TWN

Who is the richest person in Mexico?

Consider what would happen if the grocery shop, cell phone provider, and the largest national construction firm were all controlled by the same corporation. You could buy almost everything without ever enriching your competitors. That is essentially the scenario in Mexico, where Carlos Slim Helu, one of the world's wealthiest persons, resides.

How he accumulated his fortune—$85.2 billion in 2022, according to Forbes—is a case study in both business and political ties.

The family belonged to a tiny but rich community of Lebanese Christians who immigrated to Mexico in the late 1800s and early 1900s.

Julian Slim was a natural in a region devoted to trading, starting a dry goods store in 1911 that grew to provide more than $100,000 in merchandise just ten years later. During the Mexican Revolution of 1910-1917, he used the revenues from the business to buy prime real estate in Mexico City for a pittance.

Julián has a net worth of more than 1 million pesos, thanks to his wise real estate investments and sustained success as both a shop and a wholesaler.

Carlos Slim became interested in economics while studying civil engineering, and after graduating in 1961, he pursued a series of economics courses in Chile. He went into finance immediately after, working as a stock trader in Mexico City for long, exhausting days.

By the time he was 25, his trade had paid him almost $400,000, or more than $3 million in today's money. He put the money toward starting his own brokerage firm, Inversora Bursátil.

The early 1980s peso crisis, combined with a sharp drop in oil prices, provided him with one of his best opportunities. As the country's capital fled, Slim purchased a number of enterprises at bargain prices. Cigatam (the country's second-largest cigarette manufacturer), Reynolds Aluminum, General Tire, and the Sanborns network of stores are just a few examples.

Slim is involved in hundreds of other businesses, primarily through Grupo Carso SAB, his global conglomerate. Grupo Carso owns or has owned investments in a wide range of businesses, including Elementia, Mexico's largest cement company, retail giants Sears and Saks Fifth Avenue, energy and construction (through CICSA), and automotive (via Grupo Condumex). He owns a portion of The New York Times.

Slim's fortune is largely derived from the telecoms industry. América Movil, originally Teléfonos de Mexico, or Telmex, is owned by Slim. Telmex was the country's old telephone monopoly, similar to AT&T Inc. in the United States (T). The government privatized the corporation in the 1990s, and Slim was one of the first investors through Grupo Carso (the consortium's other members were France Télécom and Southwestern Bell Corporation). 2 The price was $1.8 billion, with Grupo Carso putting up half of it for a 20% stake. Carlos Slim was the CEO of Grupo Carso and thereby assumed control of Telmex.

Slim's mobile telephony business, América Movil, had taken over Telmex and turned it into a privately held subsidiary by 2012. América Movil, through its subsidiary Telcel, controls over 70% of the mobile phone line market and 80% of the landline market in Mexico.  In the wake of new anti-monopoly legislation in Mexico, the corporation is preparing to sell assets in order to reduce its market share below 50%.

Slim, on the other hand, is unlikely to be angry that the various assets, such as cell phone towers, might potentially bring in $8 billion or more, representing a significant return on investment.

Related: Sundar Pichai's - A Man from IIT to Google

Slim's riches resemble that of the ancient Rockefeller family rather than Bill Gates'. He built his empire through purchases rather than a few brilliant discoveries in a single field.

Slim’s Monopoly and Its Challenges

Slim was Forbes' second-richest man in the world in 2015, but he dropped to fourth place in 2016 and was the greatest dollar loser on the Forbes Billionaires List. In 2017, he fell to sixth place.

Slim's enterprises have been severely harmed recently by the weak peso and new Mexican restrictions. The Mexican government has increased its efforts to break up Slim's near-monopolies throughout the years. Mexican President Enrique Pena Nieto passed a measure in 2014 aimed at promoting telecoms competition.

Because América Móvil is Slim's core business, the law required it to follow particular restrictions because it is the telecom industry's main competitor. América Móvil could not charge fees to smaller competitors who utilized its network, and the corporation had to share its infrastructure, such as cellular towers, with them. In August 2017, Mexico's Supreme Court found that allowing competitors to use América Móvil's network for free was unconstitutional, while it did not oblige competitors to pay the firm retroactive costs.

Slim's fortune is similar to that of the old Rockefeller family rather than Bill Gates'. Instead of relying on a few brilliant inventions in a single field to develop an empire, he accomplished so through acquisitions and a near-invincible market share.

What is the Diffusion of Innovations Theory?

Once Upon a Time in Hollywood – What All Happened

Explore The Top 10 Destinations for Business Travel in 2022!