It is the Cause, Not the Death, that Makes the Martyr! Shaheed Diwas 2022 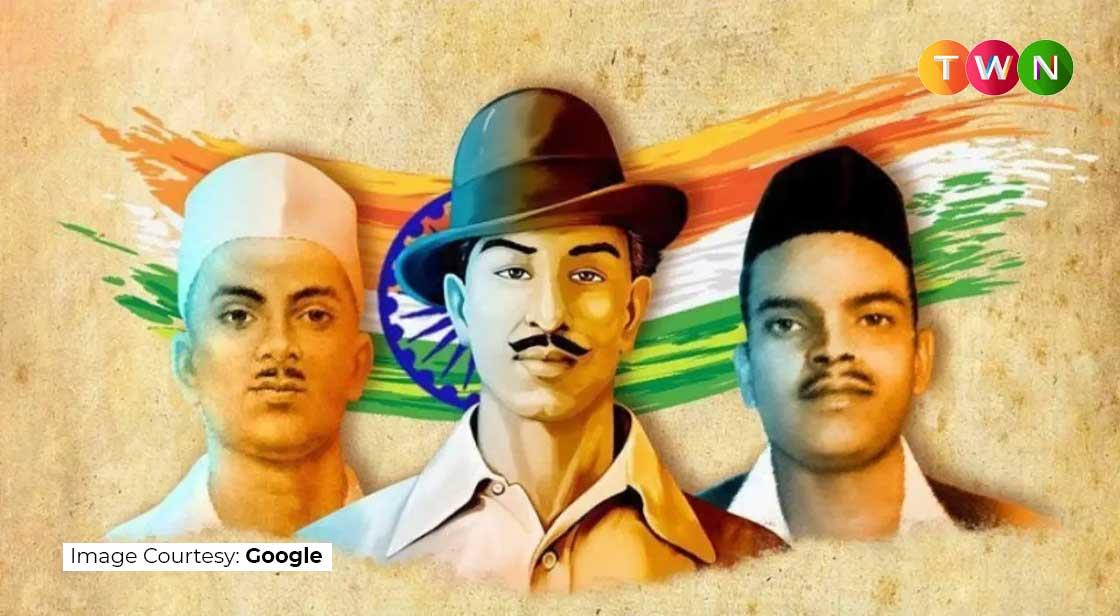 Our martyrs will keep inspiring us for times to come, and the occasion of Shaheed Diwas will keep us motivated to always keep our country first. Warm wishes on this Shaheed Diwas. #TWN

None of the above can give you the title of martyr. It is not just a word but an emotion, a pride, an achievement, an award, a height that cannot be touched by just anyone. The pride of being a martyr cannot be felt by the individual who received the title, but it swells up the chest of his loved ones when they hear that their son, friend, brother, uncle did not die an ordinary death, but became a martyr. “Oh, Lord! Grant me a hundred births in India. But grant me this, too, that each time I may give up my life in the service of the Motherland” these words said by Shaheed Ashfakqulla Khan still gives goosebumps to anyone who reads them. Let’s answer the question, what makes an individual a martyr? The answer lies in just two words, “the cause.” The cause why he lived, the cause for which he died, the cause that makes these individuals different from the crowd. If I die tomorrow, only my friends and family would remember me, but the martyrs are not just remembered by the friends and family but are admired by the whole nation, saying that this fellow was from my country fills our chest with pride, and today on 23rd March 2022, we are here to remember the three martyrs of India; Bhagat Singh, Raj Guru, and Sukhdev, who were hung till death on this day and their great lives came to an end, but it gave birth to a revolution which resulted in the freedom of our country. Let’s take a look at how these persons became personalities and how the story of their sacrifice became a legend.

Bhagat Singh, together with Raj Guru, Sukhdev, Azad, and Gopal, fought for the death of Lala Lajpat Rai. Bhagat Singh came relief for youths due to his courageous moves. He and his companions shot J.P. Saunders dead and, on April 8th, 1929, threw harmless bombs over the Central Legislative Assembly by reading the watchword "Inquillab Zindabad." For this, they were booked on a murder charge. On March 23rd, 1931, in the Lahore Jail, they were hanged. Their bodies were incinerated on the banks of the Sutlej River. Bhagat and Rajguru were just 23 years of age, while Rajguru was just 22 years old when they martyr. They were never afraid of death and knew from the beginning of their revolution; that this day will come if not today, it will definitely come tomorrow. It is believed that there are two types of people; one who cry and shout when they see their death coming, and another one are those who silently move in the direction of their death, but these were only people who faced their death smiling and wore their hanging ropes like an ornament because they knew that their bodies might die, but no one can kill their ideas and the fire they burned in the hearts of the Indian youth, which will bring the British empire on their knees and declare India a free state.

Shaheed Diwas or Martyr day is celebrated on two dates in India; On 23rd March, on the day when Bhagat Singh, Raj Guru, and Sukhdev were hanged, and on 30th January when Gandhiji was shot by Nathu Ram.

Celebrate this martyr day by sharing these quotes on your social media and make everyone remember those martyrs: