Green Vehicles A Ride to a Green Future 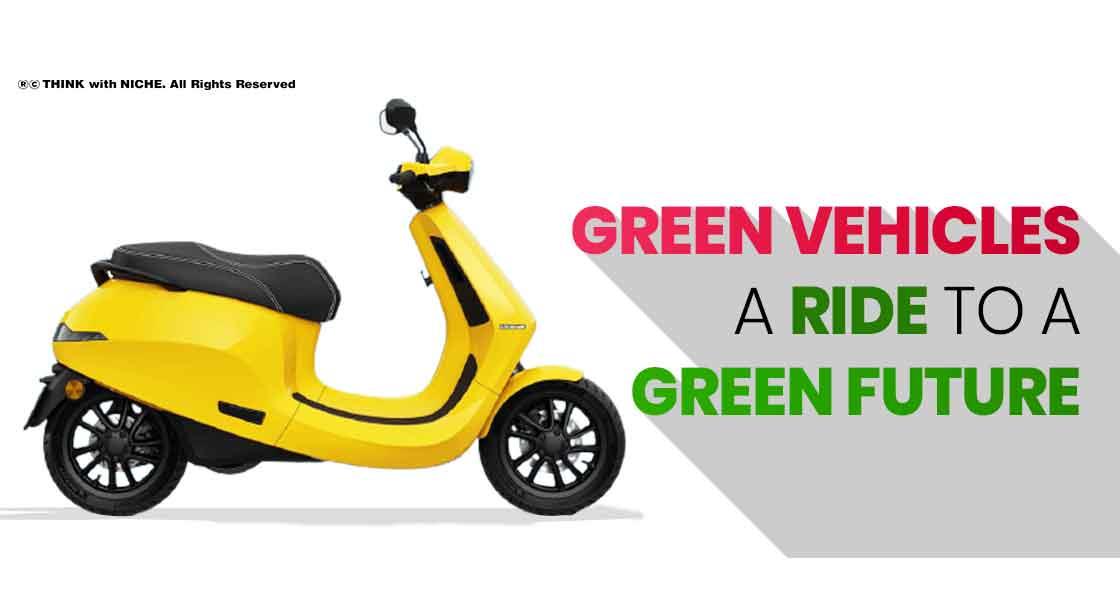 The environmental crisis has taken a dangerous turn. The recent UN report suggests, if not for some critical policies by governments across the world, the Earth's temperature would rise by 1.5 degrees Celsius. It would mean a dire change in the climate across the globe, which would be catastrophic for all of us. The environment wouldn't remain the same, and the natural habitat would face some serious amendments. All this is because of us! The exploitation and greed of big corporations have brought us here.

It came as a surprise to many when the reports came out that informed us that the sale of electric two-wheelers increased by 64 percent while electric four-wheelers saw a sale increment of about 68 percent. These numbers are massive and inform us of the sudden change in the market. People are slowly opening up to the idea of an electronic vehicle. But why during the pandemic?

The increase in the sale of electric vehicles indeed is a sweet surprise but what's more shocking is that it took place amidst the COVID-19 pandemic. While the market for other products shrined, electric vehicles saw massive growth. The key reason behind this growth seems to be the awareness of the environment. The ease of access to information seems to have played a fundamental part in people agreeing to buy electric vehicles. People have finally realized that if we have to sustain our natural habitat and ensure a greener future for our coming generations, we all have to be in it together and play our part. Green vehicles are the future, and people have finally chosen them over the traditional, more harmful vehicles.

Till now, India has been an untapped market for electric vehicles. The sales of electric vehicles, be it car or scooter, has been very low. While there could be a bunch of reasons behind it, the major one seems to be the low quality of such vehicles in the Indian market and the high prices. Indian market is dominated by middle-class buyers who cannot afford to spend more than 3-5 lakhs on their cars. Amidst this, one cannot expect Indians to invest a hefty amount only to buy a substandard product.

But recently, many companies have introduced their electric vehicles, a major one being Ola that introduced its own electric scooter. Within weeks of being launched, Ola scooters became a big success for the company. It sold scooters worth Rs. 1,100 crores. It has shown people that India is a comprehensive market for electric vehicles.