Gender Inequality in a Professional World 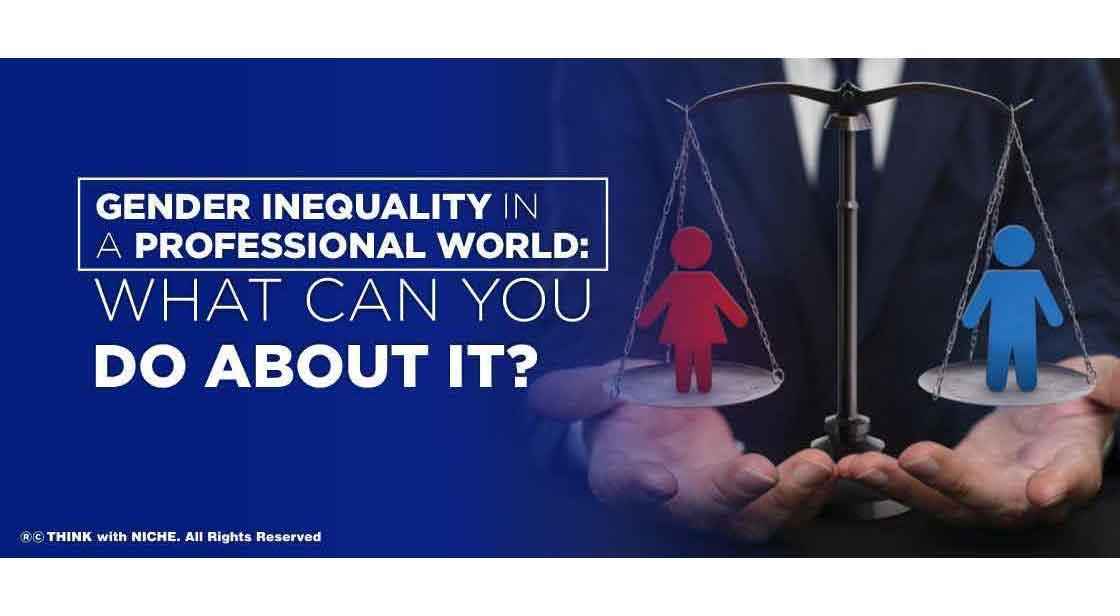 In the workplace, women earn only 81% of what their male counterparts do. This leads to a gender inequality that has been acknowledged as a major contributor to gender inequality. You can create change in your professional world by doing the following. #ThinkWithNiche

Gender inequality is a problem that exists in many different areas of our society. In the workplace, the numbers are even more staggering. One study found that women who work full-time earn only about 81% of what their male counterparts do. It leads to an income gap that has been acknowledged as a major contributor to gender inequality. What can you do about it? Here is a list of ideas for how you can create change in your professional world and help end gender inequality.

Why is gender inequality a problem?

Gender inequality is a huge problem in our society. Gender inequality refers to the difference in the value and opportunities given to people based on their gender. The world can be an unfair place for men and women, especially when it comes to earnings. As mentioned, women who work full-time earn only about 81% of what their male counterparts do. It isn't fair for any woman or man. There's something we can do about it though! There are many ways you can help to end gender inequality in your professional life. It might be time for you to take on a leadership role and create change from the inside out. If that sounds daunting, start small with one of these ideas and build from there!

What can you do about it?

#1. Encourage women to run for office

It's true, women are more likely to be interested in taking up a leadership role as an elected official, but these numbers don't reflect how many women end up running for office. If you want to see change happen, encourage your female colleagues and friends to run!

If you're not sure how to get involved, look into taking on a new role that will provide more opportunities for gender equality. For example, if you're a man with experience in the field of communications, you could take on the responsibility of being the public relations director for your company.

If you're feeling frustrated about the gender income gap, push for equal pay in your workplace. Tell your boss that you deserve equal pay and have some persuasive evidence—such as salary data from other companies or personal research—to back it up.

If your company has policies that are less friendly to women than men (such as maternity leave), start pushing for changes in those policies that will be beneficial to both genders (such as longer paid leave). You can also suggest

What are some solutions for gender inequality in the workplace?

As a woman in the workplace, these are some of the solutions you can pursue to help end gender inequality.

Talk to your boss about your career goals and how to attain them in a way that doesn't impede other women's careers.

Talk to your male co-workers about their thoughts on gender equality. Ask them for advice on how you can make a positive change.

Attend networking events in hopes that you'll be able to meet people from different backgrounds and speak with them about their experiences on gender inequality.

Get involved in the women's movement, whether it's through volunteering or fundraising for an organization that is trying to end gender inequality.

Get involved with feminist movements if they're close enough to where you live or work.

Gender inequality in the workplace is a complex issue. Many factors contribute to this issue, but it is not impossible to tackle. To do so, here are some ideas for action:

1. Discuss with your manager/boss what they feel is a fair salary.

2. Seek out opportunities that suit your skills and interests.

3. Get involved in women’s groups.