Gandhi Jayanti 2022: A Symbol Of Peace, Nonviolence And Truth 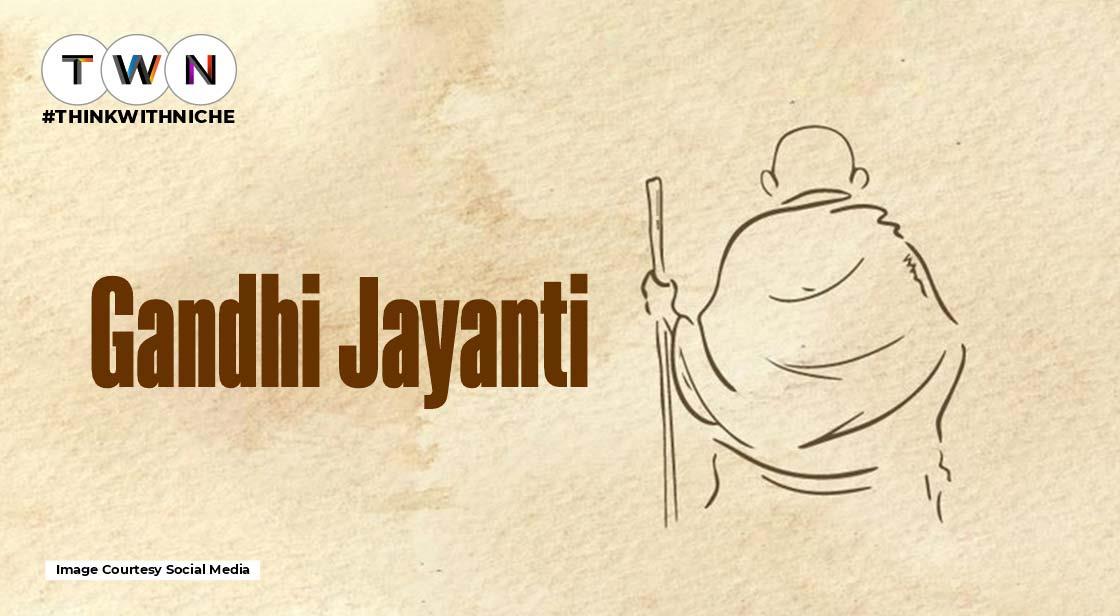 Gandhi Jayanti, which is India's celebration of the Birth Anniversary of Mohandas Karamchand Gandhi (also known as Mahatma Gandhi), is observed in India. This day is observed every year on the 2nd of October, as Gandhi was born in 1869. This day is one Indian national holiday. Mahatma Gandhi, also known as the "Father of The Nation,".This day was adopted by the UN General Assembly. It declared the 2nd October International Day of Non-Violence. Gandhi played a key role in India's freedom struggle. Along with many other national leaders, he led India's liberation movement against British rule. Gandhi was the leader of many historic movements during India's freedom struggle, including the Quit India movement and Dandi March in 1930. Some of the movements he was involved with were during the freedom struggle. Due to the greatness of Mahatma Gandhi, his thoughts and work done by him, like Independence Day and Republic Day, 2 October has also been given the status of a National Festival.

Gandhi Jayanti is celebrated in honor of Mahatma Gandhi. He was a political ethicist and anti-colonial advocate as well as a spiritual leader and Indian lawyer. Mahatma Gandhi was a short-statured and soft-spoken person who united all Indians and taught them the importance of remaining united against all odds. India was freed from colonial tyranny and became a free country thanks to his visionary leadership. Gandhi was the leader of the freedom movement, bringing together all National leaders and advocating non-violence and peace. Gandhi used non-violent resistance to help in the Indian Independence Movement against British rule. Gandhi Jayanti, which is India's national holiday, is dedicated to his extraordinary contributions to India. The UN General Assembly declared October 2 the International Day of Non-Violence in 2007.

Gandhi Jayanti, which is observed on October 2, marks the birth anniversary of Mahatma Gandhi, the "Father of the Nation", and is dedicated to him. This day is when all citizens gather to honor the great man who helped free the country from colonial rule. He was a strong believer in religious pluralism and was a forerunner of truthfulness and non-violence. He tirelessly worked to make India a secular nation. Gandhi Jayanti is a day to remember the leader who encouraged people to take a non-violent approach to secure their rights. He also condemned untouchability in India and the caste system. India established the "Swachh Bharat Abhiyan," i.e. Clean India Mission, in October 2014 to improve solid waste management in urban and rural areas and eliminate open defecation. The Indian people hold Gandhi Jayanti in immense importance. It is also a day of celebration, but it is also a day to reflect on and live by the ideals, teachings, and beliefs of Mahatma Gandhi.

The Life Journey Of Mahatma  Gandhi

Mohandas Karamchand Gandhi (aka Bapu) was born in Porbandar Gujarat. He was the youngest of Karamchand Gandhi's children. The Vaishnavism he practiced at his home during his foundation years instilled in him a belief in the eternalism and power of the Universe. His household took non-injury to all living creatures or Ahimsa, fasting in self-purification, vegetarianism, and mutual tolerance among people of different creeds and castes as a given. He was sent to England after completing his education in India. In 1891, he returned to India and began his career as a lawyer. He discovered that a career in law was not guaranteed to be lucrative.

He left Natal, South Africa in 1893 to start an Indian company. He lived in South Africa for two decades and encountered many difficulties, including racial discrimination. He returned to India to learn more about the country's hardships and challenges. He traveled by train, and he met locals who shared his pain and suffering. Gandhiji was inspired to confront the problem head-on. A series of movements were started from this point that guided India toward a serious effort towards liberating itself from British rule. Even his staunchest enemies were impressed by his simple and austere life. They were forced to back him in their quest to free colonialism. His vision and hard work over many decades helped the country escape from British Rule.

The name Gandhiji, or Bapu, is so well-known that it doesn’t require any introduction. His principles of non-violence and peace, as well as non-cooperation and satyagraha, were some of the most effective ways to fight the centuries-old colonial rule that ruled India. Many facts and stories about Mahatma Gandhi make him a fascinating personality. Let's take a look at these facts.

Fact 1. Gandhi and Leo Tolstoy, the famous writer, were good friends. They used to correspond via letters. He also established a Tolstoy Farm 21 miles from Johannesburg in South Africa. This farm is spread over an 1100-acre area. It was built for his colleagues who assisted him during Satyagraha.

Fact 2. He tirelessly worked for the improvement of the poorer sections of society and the 'untouchables', whom he called Harijan or the children of God. He fasted to them and demanded fair treatment.

Fact 3. Richard Attenborough played the role of Mahatma Gandhi in a 1982 movie. The movie received many awards, appreciation, and praise. This movie also won the Academy Award for a best motion picture in the most prestigious category.

Fact 4. It was a great honor to be featured in the Time Magazine Man of the Year. Only a few people are eligible to receive this honor.

Fact 5. Five times, Mahatma Gandhi was nominated for the Nobel Peace Prize. He was assassinated in 1948, just days after his last nomination.

Fact 6. Mahatma Gandhi was a prolific writer. His works total 50,000 pages. You may also know that Mahatma was bestowed with the honor by Rabindranath Tagore, the Nobel Prize-winning Bengali poet.

Fact 7. 21 years after his death, Great Britain, against which Mahatma Gandhi fought for independence, issued a stamp in his honor.

Fact 8. A funeral procession of eight kilometers was observed at Mahatma Gandhi's funeral.

Mahatma Singh's contribution was that he redefined peace and nonviolence. Gandhi revolutionized these concepts and they are still used today on a large scale. Gandhi is not a known expert on conflict resolution, but he is widely recognized for his pioneering work in this area.

Gandhi's worldview was founded on the idea of "self" and "human nature". Gandhi saw the inherent goodness and potential of non-violence within all human beings. Gandhi saw violence as a way to get away from humanity, making us more like brutes, and non-violence as a way to return to our humanity. He believed in the unity and humanity of all sentient, as well as non-sentient, beings. He believed that all human beings are part of the divine and were interdependent and interrelated. practicing non-violence is good for the entire human race. Non-violence is the fundamental principle that governs human relationships in this interconnected and relational context.

Gandhi's view of interdependence is closely linked to Gandhi's idea of non-violence. His philosophy of living was founded on truth. Truth discovery was his goal to resolve the differences among human beings. He was always trying to perfect his concept of truth. Gandhi believed that truth was a sovereign principle, which encompasses many other principles. Gandhi defined Truth realization as the realisation of God. It is impossible to search for truth through any means. Violence is based on the belief that Truth can only be found in the person who uses it. Gandhi believed Truth was relative and not absolute.

We have provided the following quotes about Gandhi Jayanti.

3. India of my dreams

5. Autobiography of Mahatma Gandhi- The Story of My Experiments with Truth

Along with this, he has worked as an editor in newspapers named Indian Opinion Indian opinion, Navjivan Navjivan, Harijan Harijan and Young India.

At last, ThinkWithNiche wishes you all a very Happy Gandhi Jayanti