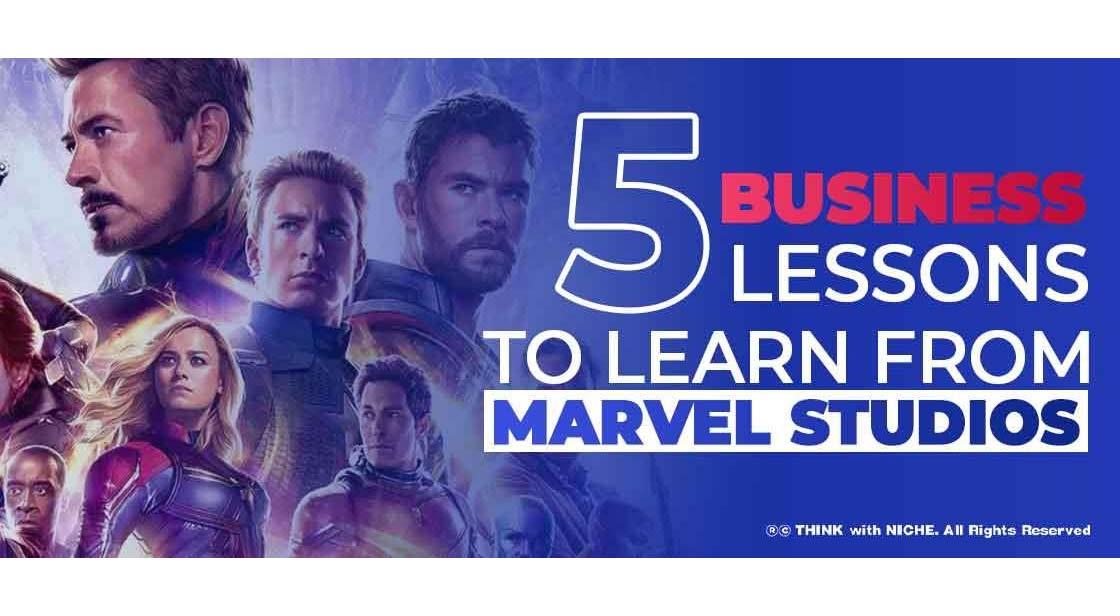 Starting a business may initially require only one entrepreneur: you. You may have the talent and determination to get things started, but you'll need a talented team to take things to the next level of success. If you want your company to succeed, you need to hire the appropriate people for the right jobs, whether you're filling management positions, sales positions, IT positions, design positions, or marketing positions.#ThinkWithNiche

Marvel Studios has dominated the business and revolutionized it. They've been making films that have gained a lot of acclaim throughout the world, with the majority of them being highly anticipated by moviegoers. The "blockbuster machine" has received numerous nominations and accolades over the years, as well as breaking box office records throughout the world. Marvel Studios Can Teach You Four Business Lessons:

Creativity-It's critical to always think beyond the box, no matter what business you're in. Marvel demonstrates that they were never satisfied with their achievements. Creativity is crucial in the entertainment and filmmaking industries. Marvel demonstrates how you should never be complacent in your ambitions, whether they be personal or professional. To continue to push your success and stay on top of the industry's race, you'll need to think outside the box on a regular basis. It's not so much about inventing a new product or expanding into new markets as it is about being resourceful with what you have. Typical corporate objectives, on the other hand, are not to be as creative as possible, but to be inventive when you already have a product. Creating a product that draws on the preceding product's success while extending it in a more engaging way.

Employees Diversity-Companies usually search for someone who has worked in the same field before. Marvel, on the other hand, does something completely unexpected. Instead of employing outstanding directors with a lot of experience, they recruit anyone who can deliver strong plots and characters regardless of their background.

In-Boarding Talents- Marvel "in-boards" talent instead of using the term "onboarding." This is something that companies should start thinking about. Marvel recruits talent, and the talent brings with them all of their prior expertise and knowledge from the outside world. That person's outside experience will be brought in to influence the way the company thinks about its work. With outside experience, Marvel allows staff to leave their mark on the company.

Industry-Specific Hires- Despite their efforts to hire a diverse group of people, Marvel still prefers to hire people who have experience in the field. It's just that they've worked on a variety of projects. For example, instead of hiring someone with an economics degree, consulting firms hire a chess master. They may not understand economics, but they do know how to strategize and think ahead of the game. It's just a different perspective on what we're doing, but it's as valuable.

Know When To Part Ways-In an ideal world, we'd all prosper and get along for many years to come. Alliances can be beneficial to both parties; nevertheless, it's crucial to recognize when those partnerships should diverge. Some businesses are able to handle these breaks with professionally and respect, while others burn bridges as a result of rash and insensitive judgments.

Conclusion- It's critical to hire someone who is qualified, especially for the position you're seeking for. Hiring someone from a different background who has the same skill set as you are, on the other hand, is like killing two birds with one stone. You gain an employee that knows what they're doing, as well as an additional member who can bring new ideas to the table.