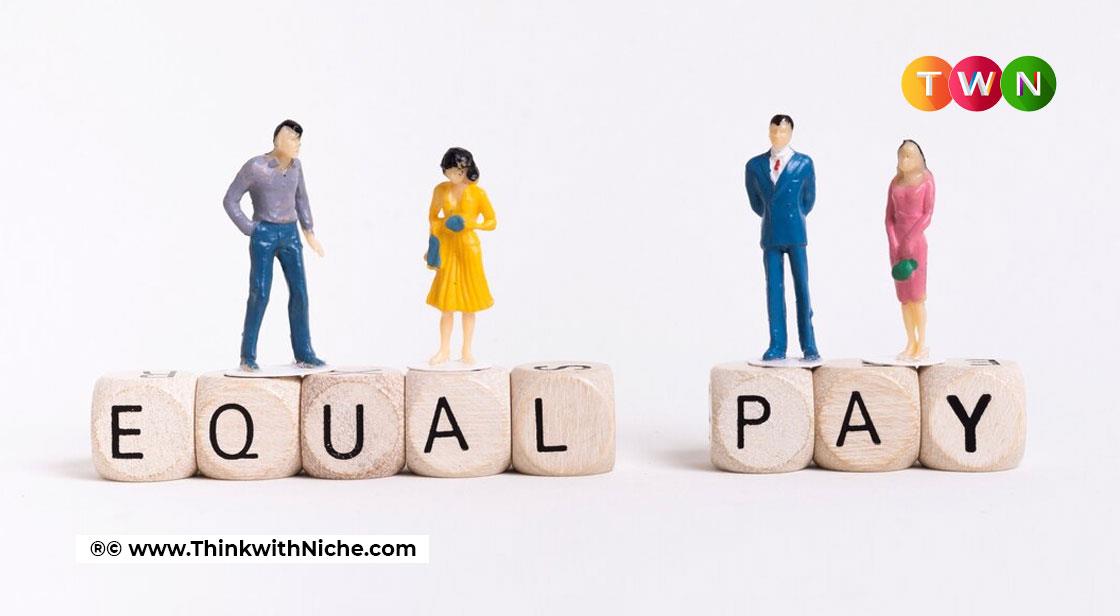 women have been witnessing immense changes and developments when it comes to pay scale during work environment. This has changed drastically for women over the ages and the numbers will leave you shock swelled. #ThinkWithNiche

Women have been witnessing inequality for ages now. Despite this highly commercialized society and modern technology, women still have to wait in line for their meager rights. Rules and laws for leveraging women’s rights are being revised time and time again. The power of man-force binds major companies. No wonder women are deprived of caring for themselves while gaining the status of self-efficiency and self-dependency. Where women and men are equally competent in their jobs. The lack of equal pay for women raises several eyebrows as to why such a form of discrimination against one gender still exists?

Well, I have found this answer on the foundation of how we generally perceive women. The discrimination against women begins at home which is then followed by old traditions. These are then verbally learned and exchanged by people subconsciously. The media has done an equal amount of justice to hinder inequality revolving around society when it comes to women. That’s why we come across ‘women in power’ connotations in media. Since they are often persuaded to take roles that keep the power of men on top, it further thins the possibilities of demanding their rights in an environment outside the home exteriors.
The Fight For Equal Pay Continues

Women are not very timid as they are taken as and are perceived to be. With changing times and the surge of modern thoughts, women are the only ones ahead of time. So, why not give them equal rights? Seeing the needs of the day, the number of hours men and women put into their work remains the same. However, these boundaries of inequality are often beaded by women who work tenfold more than men. We encounter this in our day-to-day lives. Doing the household chores too happens to be one of the unpaid works that women indulge themselves in, while India tops this list. Gender has become a business across the globe. The salary gap between men and women is underlined by major disparity issues. According to the data collected by Pay-Scale under ‘Gender Pay Gap’, “women have said to be earning only $0.98 against each dollar ripped by their counterpart”. The data also points out that “The average income earned by women in the spread of their career happens to be under $900,000 as opposed to that of men”. There is so much happening around us in terms of nepotism, those who favor a specific gender the most have been always winning the race even though they are not fit to win.
Why Women Deserve Equal Pay

Irrespective of full-time or part-time work, women receive their wages on average 77% as opposed to what men get paid. There are a lot of concerns for women of color as the gap widens vastly. These gaps have been known to grow only rigid and stern despite the "Equal Pay Act" that came into force in the year 1963. On the other hand, the "Lily Ledbetter Fair Pay Act" also made its turn in the year 2009. However, inequalities of daily wages for women to date remain unchanged and are changing at a slower pace. Despite an array of legislation that made its way to the constitution to curb the growing discrimination against women in all spheres of employment. Women are far behind men when it comes to equal pay for an equal amount of work they do. These society-made rules tend to majorly impact a woman’s spending power, let alone taking her responsibilities solo or being partially dependent on a man. After all, even a woman’s rights on pensions and social security must be taken into consideration.

Three steps to master your Money