Conservation of Trees: The Best Solution for Climate Change 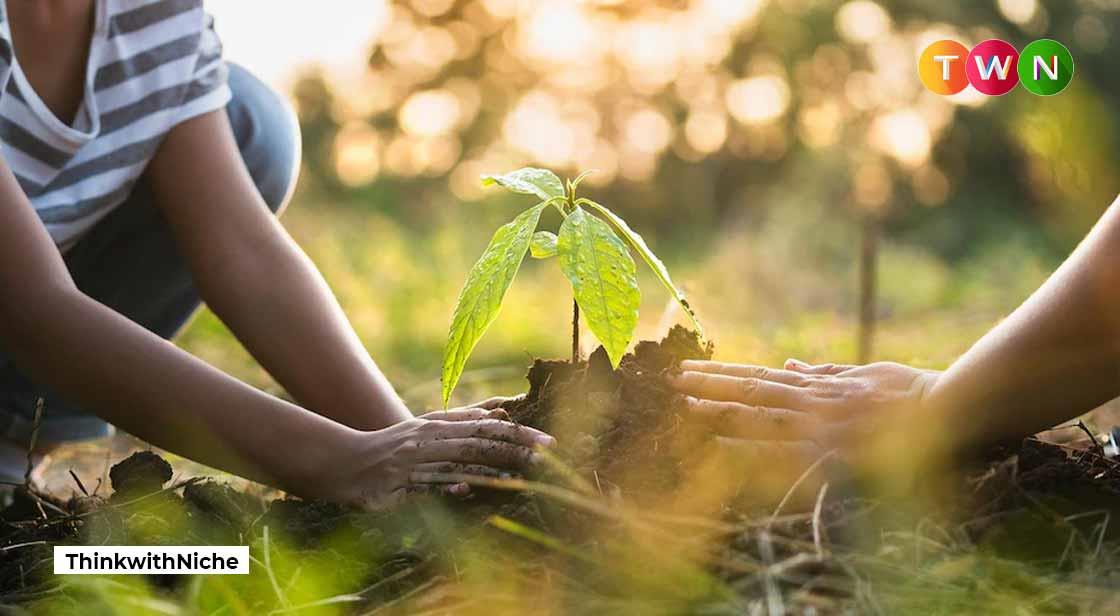 Forests are a strong force and basis for climate all over the world. They regulate balance ecosystems, protect biodiversity, play an important role in the carbon cycle, are a source of livelihood for us, and promote sustainable development. The role of forests in climate change is extremely important. They serve as both a cause and a solution to greenhouse gas emissions. Therefore, forests are impactful solutions to overcome the effects of climate change. #TWN

Kabir Das Ji said, trees never eat their fruits, flowers, etc., on their own. Rivers never keep the water of their flowing stream for themselves, and they do not drink their own water. According to Kabir Ji, a sage has all these qualities. After attaining human life, one should do maximum charity work, help and serve the poor and downtrodden. It is what defines sages and gentlemen. But, the real work of this charity is done only by trees and plants, the most important source of our natural wealth. The charity of human beings has now become a medium of self-interest. From the deepest roots of trees to their tops - our forests are the heroes of keeping our planet healthy and keeping us alive. There are more organisms in the soil than there are people on the human planet. Forests are home to about 80% of the animals on Earth. Animals, large and small, depend on forests, which provide them with the fruits, nuts, and plants they need. In turn, we humans are again dependent on the same animals that help fertilize the soil to spread the seeds of the plants we eat. The same soil in which humans grow their food. If you start counting, the list of benefits that forests provide will only get longer without an end. Forests are a shield against erosion, landslides, and avalanches. The roots of trees provide that structure to the soil, which is very important for absorbing and retaining water, which causes floods; otherwise, these floods will completely wash away the fertile soil, which we need to grow crops.

The older the forest, the more it absorbs the excess CO2 produced by humans out of the air and utilizes it to grow its branches and nutritious fruit. Every time we destroy a forest, we are automatically destroying a huge oxygen production plant. We are destroying the land on which ancient forests once stood proud, accumulating carbon for thousands of years, but today they are falling prey to our egos and ambitions. That is to say, with the loss of every forest, we are losing our own most important asset against global warming.

Rainforests of the Amazon

The Amazon rainforest is one of the largest rainforest areas in the world. It covers more than 2 million miles of land area. It spreads in nine South American countries: Brazil, Colombia, Peru, Venezuela, Ecuador, Bolivia, Guyana, Suriname, and French Guiana Brazil, Colombia, Peru, Venezuela, Ecuador, Bolivia, Guyana, Suriname, and France Guiana, etc. Rainforests are a vast biodiversity-ecosystem area, home to innumerable trees, plants, animals, and rare species of flora and fauna. This rainforest has so much power that it can create its weather and influence the climate around the world. Unfortunately, this extremely fragile ecosystem is facing the constant threat of deforestation. According to data from an international government satellite, the number of trees cut in the Brazilian Amazon in January was far higher than the number of deforestation in the same month last year. The area destroyed was five times larger than in 2021, the highest in January since records began in 2015. According to a report by the Brazilian Space Research Agency, there has been a 27 percent increase in deforestation. Many environmentalists have criticized Brazilian President Jair Bolsonaro, accusing him of providing permits for the chopping of trees, which ultimately accelerates deforestation. Failing to save amazon and other rainforests will give birth to irreversible climate changes. At the climate change summit COP26 in Glasgow last year, governments of more than 100 countries pledged to stop deforestation by 2030 and take necessary steps. Brazil has set a target of reducing deforestation by 2030 at COP26.

Impact of Rainforest on Climate

Brazil's vast rainforests absorb huge amounts of greenhouse gases from the atmosphere. This phenomenon is known as the carbon sink. But the more trees are cut, the less the forest can absorb emissions. According to the Food and Agriculture Organization of the United Nations (FAO) State of the World's Forests 2020 report, "Deforestation and forest degradation continue at alarming rates." Since 1990, it has been estimated that about 420 million hectares of forest have been diverted to other land uses, although the rate of deforestation has decreased over the past three decades. Between 2015 and 2020, the rate of deforestation was about 10 million hectares per year, down from 16 million hectares per year in the 1990s. Since 1990, there have been 80 million hectares of forest cover worldwide. Large scale deforestation for the expansion of agricultural land is causing forest degradation and massive loss of forest biodiversity." Forests cover just over 30 percent of the world's land area, yet they provide habitat for the vast community of terrestrial plant and animal species known to science.

Efforts towards prevention of Climate Change

Today, efforts are being made at different levels to fight climate change. In this continuation, The Society for the Protection of Underground Networks, which is a new non-profit science initiative, that explores climate change causes finds that, by mapping and preserving underground fungal life through machine learning, they can make a significant difference in this direction. They believe that protecting the underground ecosystem is extremely important to fight climate change. Specifically, they are focusing on protecting the fungal network that is a huge carbon sink, and "Toby Keers", evolutionary biologist and co-founder of SPUN, says "a carbon sink is what makes up more than 50% of the live biomass of soil and absorbs more carbon from the atmosphere than it releases". Today researchers around the world are also supporting them in this work. In his 2016 book, “The Hidden Life of Tree,” German author and forester Peter Wohlleben writes about how fungal networks have an integral relationship with trees. Fungus not only help trees in exchanging nutrients but also send warning signals if a tree is attacked by insects or other predators. It will not be an exaggeration to say that there is a kind of friendship between trees and fungal networks.

World Beneath Our Feet

The world beneath our feet is home to an entire ecosystem, and we are unaware of it. According to a 2020 report by the Food and Agriculture Organization titled "The Status, Challenges, and Potential of Soil Biodiversity Knowledge," the soil is home to 25% of the species present on the Earth. More importantly, current estimates suggest that by 2050, more than 90% of Earth's soil will be degraded. Fungal networks may be important in averting such a crisis. Forests are a strong force and basis for climate all over the world. They regulate and balance ecosystems, protect biodiversity, play an important role in the carbon cycle, are a source of livelihood for us, and promote sustainable development. The role of forests in climate change is extremely important. They serve as both a cause and a solution to greenhouse gas emissions. Therefore, forests are also one of the most important solutions to overcome the effects of climate change. According to statistics, out of 2.6 billion tons of carbon dioxide released because of the burning of fossil fuel, a third is absorbed by the forests every year. Therefore increasing and maintaining forests is a much-needed solution to climate change.

At this time the whole world is debating how to stop climate change so that future catastrophes can be avoided. The relevance of the Paris Agreement increases a lot in such a time, but the question is how quickly it is implemented. Each nation has to understand its responsibility, and the national leaders will have to ensure this. It can be done by subscribing to and implementing the New York Declaration on Forests, maintaining forest climate financing, and including forest and land use in countries' nationally determined contributions under the Paris Agreement. Now the time has come when the whole world unanimously agrees on the issue of climate change to ensure meaningful efforts not only for a particular country but for the whole world to have a safer and better future.