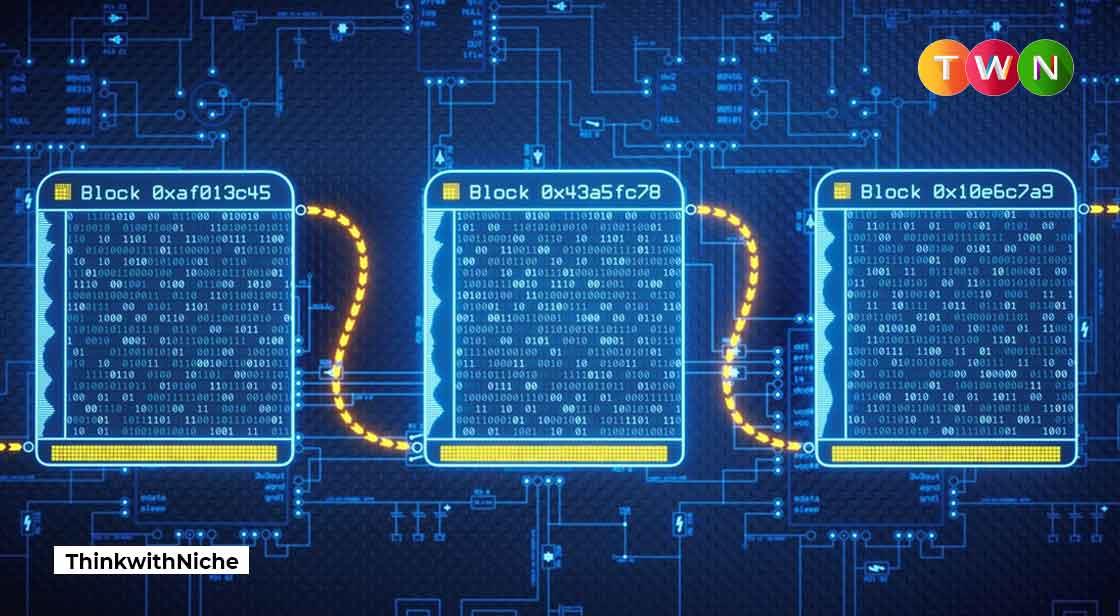 If you are aware even a little about cryptocurrency, you must have come through the concept called the blockchain. It is the system on which the entire crypto market is based. What is blockchain? How does it work? Well, it’s not that difficult to understand blockchain. The name might sound complex, but trust me, understanding blockchain is not that difficult. Once you have understood blockchain, it would be very simple for you to understand and invest in virtual currencies like crypto. So, let’s get started.

Blockchain and Its Origin

Whenever we do a transaction, a data record of it is maintained. However, the thing is that every piece of data is centralized, i.e., specific authority is managing all that data, and not everyone could have access to it, but in 2009, a person named Satoshi Nakamoto (Although there is no information available about this person, and nobody knows who he is or is he even real or not), thought, what if we decentralized this system, i.e., if I send $100 to someone, not one person or one authority has the data of that transaction 1000s of computers or each every person who is part of that system has the information about that transaction, and that was the origin of blockchain. So blockchain works on two concepts, first that the owner of the data of that transaction is not just one person or authority, but that transaction is public, and secondly, erasing or editing that data is almost impossible. There are two types of information saved in the blockchain system. The first is the information of every transaction made, and the second is a unique HASH. HASH is nothing but a unique code generated to keep your transaction unique and uneditable, and the hash of the previous transaction is also stored.

Security is not an issue in Blockchain

So blockchain is being used in a lot of domains, but the most booming domain is cryptocurrency. Let's understand it with the example of bitcoin. In the last decade, we saw a crazy boom in the value of Bitcoin. Now bitcoin has eliminated the Banks or the middle man. Earlier, when you sent money to someone living in a different country with a different currency, you first sent money in the form of your currency. That money was received by the bank, and the bank converted it to the currency of that country and sent it to the person after charging a fee for all these transactions. Now, everything is simplified. If I want to send money to someone living in a different geographical location, I can send him that amount directly in the form of Bitcoin. Similarly, bitcoin will be transferred, and no conversion will occur.

The second domain where blockchain is used is the Real-estate market. Notaries are managed through blockchain so, all the records of buying, selling, and renting are stored in the blockchain, and therefore, we have the advantage of tracking the history of that particular real-estate property.

You will be a bit surprised to know that even the Hospital Management system uses Blockchain where patients' records are stored in the blockchain, and hence the doctors can access the relevant information, and the data of patients is also secured.

How to Use Blockchain?

You can use blockchain for your projects, startups, businesses, etc. Either you can implement blockchain from scratch using some coding language, but if you are feeling a bit lazy, you can use already existing blockchains. So, blockchain has smart contracts. They are somewhat like the actual contracts, but they are not present in any physical form and have been established in a digital format. We can define them as a code that decides how the data will be managed. You just need to insert that code in your blockchain and, all the activities will be tracked through that code. One of the most popular languages used for blockchains is Solidity which is a simple coding language, and for a person who is already a coder, it will be a piece of cake.

Blockchain can be a Vital Tool to Boost Sustainability