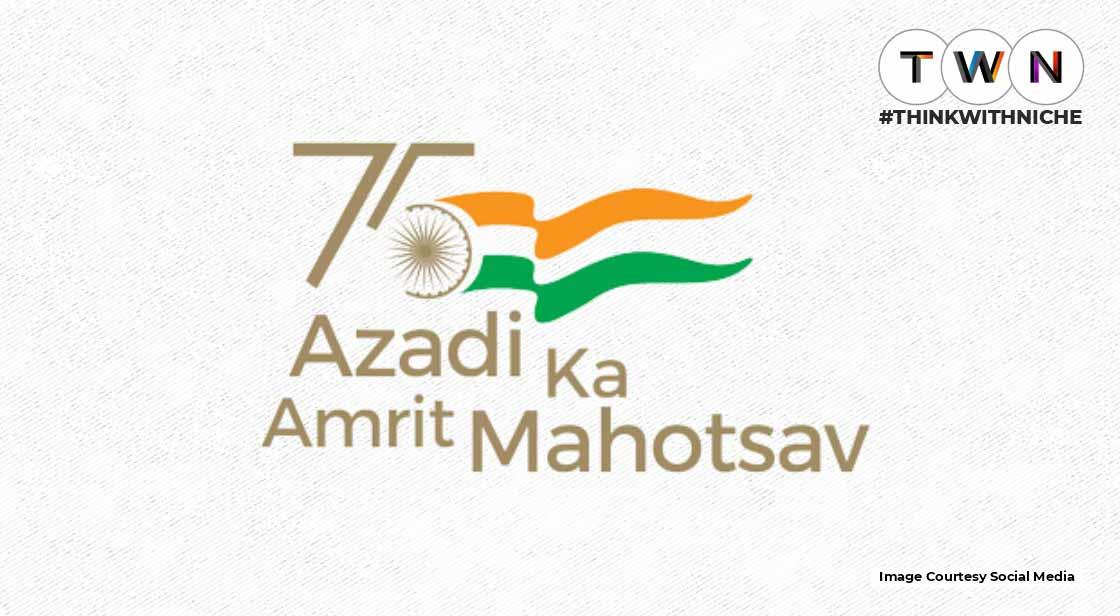 The Government of India initiated the Azadi Ka Amrit Mahotsav to celebrate and remember 75 years of independence as well as the glorious history of its people, cultural successes, and collective contributions. This Mahotsav is devoted to the Indian people who have not only contributed to the country's growth but also possess the strength and capacity to achieve Prime Minister Narendra Modi's goal of making India an Aatmanirbhar Bharat. The Azadi Ka Amrit Mahotsav journey began on March 12, 2021, marking the beginning of the 75-week countdown to our nation's 75th anniversary of independence. It will conclude on August 15, 2023, one year after it began.

Nowadays 'Azadi Ka Amrit Mahotsav' is a very popular topic. In fact, on the occasion of the anniversary of the Dandi Yatra of Mahatma Gandhi, Father of the Nation, on the completion of 75 years of the country's independence, on March 12, 2021, the Honorable Prime Minister of the country, Shri Narendra Modi flagged off the march from Sabarmati Ashram to mark the nectar festival of freedom. was inaugurated. The celebration of the 75th anniversary of this independence, the Amrit Mahotsav of Independence had already started in 2021. On  August 15, 2022, the country will celebrate the 75th anniversary of independence. In which festivals and cultural programs of the country's indomitable spirit will be organized. Let us know in detail what is the nectar festival of freedom and what programs will be done on this festival.

What is the Meaning of the Amrit Festival of Independence

Freedom was not achieved in a day, it took centuries, and it is very important for people to understand these things. The official journey of Azadi Ka Amrit Mahotsav began on March 12, 2021. On March 12, 2021, the Prime Minister inaugurated this Azadi Ka Amrit Mahotsav at Sabarmati Ashram in Ahmedabad. The 75th anniversary of the country means 75 Years of Reflections, 75 Years of Achievements, 75 Years of Action, and 75 Years of Resolution, which provide inspiration to move forward to realize the dreams of an independent India. This Azadi Ka Amrit Mahotsav was started 75 weeks before the 75th anniversary of the country's independence on August 15, 2022. The Amrit Mahotsav of Azadi is progressive about India's socio-cultural, political, and economic identity. This festival is dedicated to the people of India, who are inspired by the spirit of self-reliance and who have contributed to taking India's evolutionary journey forward. This journey of Amrit Mahotsav of Azadi will end after one year on August 15, 2023.

Overall, the Amrit Mahotsav of Azadi is a pan-India celebration of 75 years of India's independence. This campaign is being manifested through the organization of cultural programs across the country, each event is being organized with the aim of Azadi Ka Amrit Mahotsav - Maximum Public Participation (Participation of Citizens of India) following the "Total Government" approach. The role of all the Ministries, states, and Union Territories of India is important to ensure

Why Amrit Mahotsav Started on the 91st Anniversary of Dandi March

You all know that Dandi March is also known as Salt Satyagraha. Under British rule in 1930, Indians did not have the right to make salt. Indians had to use only the salt coming from England and apart from this, the British taxed this salt manifold. Salt is very important for life, so Mahatma Gandhi started this Satyagraha to remove this tax. Salt was a symbol of India's self-reliance. The British hurt this self-reliance of Indians. Then Mahatma Gandhi realized the pain of the Citizens and started the Salt Satyagraha. Then that movement became a movement of the people. On 12 March 1930, the Father of the Nation Mahatma Gandhi started the Salt Satyagraha. That is why this program was started on this day so that the dream of self-reliant India can be fulfilled and India should wave its flag in the whole world, along with the development of India should also encourage the development of the world.

Meaning of the 75th Anniversary of the Country

The Modi government says that Local for Vocal is being promoted by organizing Amrit Mahotsav of Azadi. For this, there is a happy exit near Sabarmati Ashram, a spinning wheel has been kept there and this spinning wheel is not a normal spinning wheel, whenever a person will buy goods of a local trader and company and put his picture on social media by putting the tag of local for vocal. Immediately thereafter this spinning wheel will spin once with each tweet related to self-reliance.

Following are the events of Amrit Mahotsav of Azadi-

There are five themes of the Amrit Festival of Independence-

1. Freedom Struggle - This topic will help to reminisce about the stories of unsung heroes whose sacrifices brought us freedom. Programs under this theme include Birsa Munda Jayanti, the proclamation of the Provisional Government of Independent India by Netaji, Martyrs' Day, etc.

2. Ideas@75 -The theme focuses on programs and events inspired by the ideas and ideals that helped shape the country and this period of Amrit Kaal (25 years between the 75th anniversary of Independence Day and the 100th anniversary ) will guide the entire countrymen.

3. Resolve@75- This theme is mainly based on our collective resolve and determination to take our motherland and country in the right shape and right direction.

4. Actions@75- This theme focuses on all the efforts that are being made to help India get back on track in its post-Covid recovery and take its rightful place in the new world order.

5. Achievements@75- This theme reflects our collective achievements as a 75 year old independent country with a legacy of 5000+ years of ancient history.

To mark the Azadi Ka Amrit Mahotsav, the Ministry of Culture has launched the initiative 'Har Ghar Tiranga'. The government called upon citizens to join the 'Har Ghar Tiranga' campaign launched by Prime Minister Narendra Modi by hoisting the tricolor from their homes from August 13 to 15. Whose registration has started from 22 July 2022 and the last date to complete the registration is 05 August 2022. The Azadi Ka Amrit Mahotsav will begin on August 13 and end on August 15, 2022. A lot of competitions and events will be held on these special days. In which the successful winners will be given prizes, trophies, and attractive gifts at the national and state level. Let's see how to register for this campaign.

Step3: After this enter your name and mobile number. You can continue with your Google Account as well.

Step 4: The website harghartirang.com will ask for your location.

Step5 Pin a flag to your location. Citizens are shown in the website by putting a flag on the hotspot location.

The Ministry of Culture, Government of India has created a website Har Ghar Tiranga.com, which aims to encourage citizens to put up the flag and upload a selfie with the flag.