Mukesh Ambani Makes A 1.5 Crore Donation To The Tirumala Temple 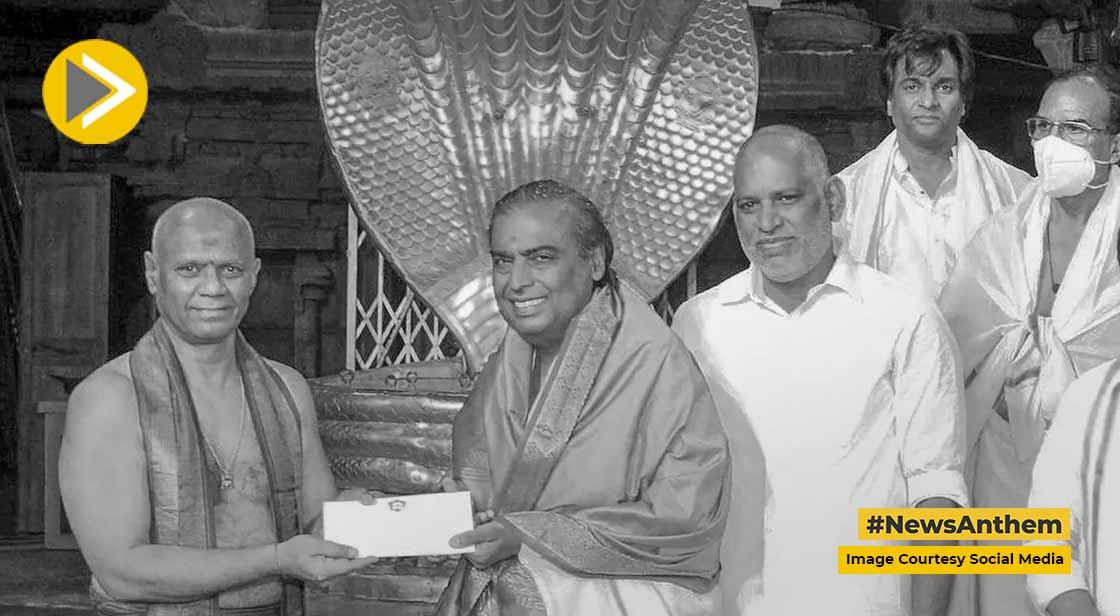 Mukesh Ambani, chairman and managing director of Reliance Industries, donated 1.5 crores to the Tirumala temple on Friday. He presented the demand draft to Tirumala Tirupati Devasthanam  (TTD) after praying at the famous hill shrine. The industrialist received darshan and took part in the temple priests' rituals.

Later, he arrived in Ranganayakula Mandapam and handed the DD over to TTD executive officer A. V. Dharma Reddy. While priests performed Vedasirvachanam, the TTD EO presented the Reliance chairman with temple prasadam.

Ambani, Radhika Merchant, the daughter of Encore Healthcare CEO Viren Merchant, and other RIL officials arrived in the hills early Friday morning. Ambani, an ardent devotee of Lord Venkateswara, previously donated Rs 5 crore to the Tirumala temple in 2010. According to temple sources at the time, the donation was made to help fund the TTD's ongoing Rs 100-crore gold plating project for the sanctum sanctorum.

According to a report, Tirumala Tirupati Devasthanams (TTD) has been preparing to present various folk art forms and puranic episodes as part of the cultural programmes accompanying the Vahana Sevas at the upcoming Srivari annual Brahmotsavams in Tirumala.

This year's Srivari Brahmotsavams will take place from September 27 to October 5. The temple management has enlisted prominent pundits to provide erudite commentary during the Vahana Sevas, in addition to 88 cultural teams from seven states and Puducherry who will perform during the nine-day festivities.