World Human Rights Day 2022: Dignity, Freedom And Justice For All 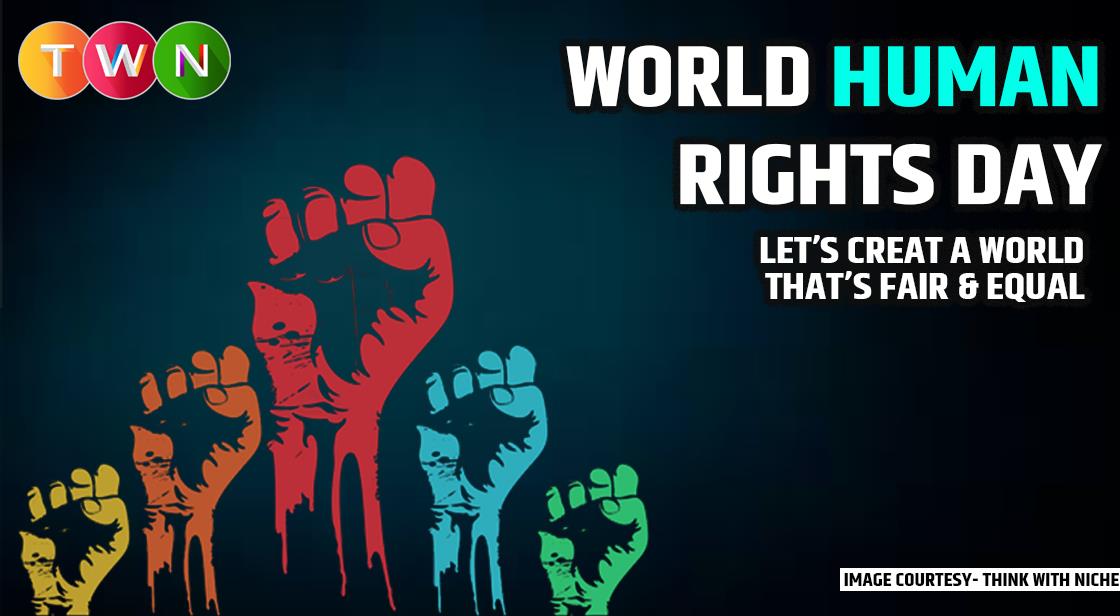 Human rights refer to such rights which are available to all without discrimination on the basis of caste, sex, nationality, language, religion, or any other basis. Everyone in the world should have the right to equality, everyone in this world has the right to live equally.

In fact, the Universal Declaration of Human Rights was officially recognized by the United Nations General Assembly on 10 December 1948, in which every human being has been given certain rights by the Indian Constitution. Therefore, World Human Rights Day is celebrated every year on 10 December.

Human Rights are of utmost importance to humans. If there are no human rights then the existence of human beings will be negligible. It is as important for us to have human rights as it is necessary for a human being to breathe. All people in this world are equal in terms of rights.

For normal living, every human being has certain rights in his family, work, government, and society, which are determined by mutual understanding and rules. There should be no discrimination between people on the basis of language, race, color, gender, religion, other views, property, politics, etc. That's why human rights have been created.

So, let us know in detail about World Human Rights Day 2022  in this article today, what is the reason and importance behind celebrating this day.

How Did The Celebration Of World Human Rights Day Begin?

Human rights refer to such rights which are available to all without discrimination on the basis of caste, sex, nationality, language, religion, or any other basis.

It is a human right not to discriminate against any human being. Human Rights Day is observed across the world on 10 December every year. The Universal Declaration of Human Rights (UDHR) has established a set of common basic values regarding the humanitarian approach and the relationship between the state and the individual.

Previous themes include Equality (2021), Recover Better (2020), Youth Standing Up for Human Rights (2019), etc. The theme for Human Rights Day 2022 is Dignity, Freedom and Justice for All. The 75th anniversary of the Universal Declaration of Human Rights will be celebrated on 10 December 2023.

This year, starting from Human Rights Day on 10 December 2022, we will launch a year-long campaign to showcase UDHR. The UDHR was formulated as 'A common standard of achievement for all peoples and nations", and states that all human beings are entitled to civil, political, economic, social and cultural rights.

What Are human rights?

Everyone should treat each other with a sense of brotherhood. Every person has been given all kinds of rights and freedoms without any discrimination. Human rights are eternal values. Using it as a means of personal interest is not appropriate from both global and Indian points of view.

Above all, there can be no discrimination on grounds of race, colour, sex, language, religion, political or another opinion, national or social origin, property, birth, etc. Whether a country or territory is independent, protectorate, or non-self-governing, or limited sovereignty, no distinction shall be made to its residents on the basis of the political, regional or international status of that country or territory.

Human rights have the highest place in the chain of rights. According to the United Nations, human rights are those rights that we have simply because we are human, they are not granted by any state. These universal rights are nature-given to all of us, without discrimination because of nationality, sex, ethnic origin, colour, religion, language, or any other and these rights cannot be encroached upon by any country or any government in the world. should be done.

This Day Is Youth Focused

According to the United Nations, youth participation is most important for achieving Sustainable Development Goals for all. The United Nations believes that youth can play an important role in bringing positive change.

It is necessary to empower the youth to know their rights so that they can claim their rights by making everyone aware about the rights and benefit everyone globally.

All humans need to be aware of human rights. The day is celebrated by organizing large political conferences and meetings and cultural events related to human rights issues.

Apart from this, the United Nations Prize and the Nobel Peace Prize are awarded in the field of human rights on this day. Many programs related to the human rights sector are organized by government and non-governmental organizations at different levels.

Everyone is entitled to human rights irrespective of caste, color, religion, sex, language, or social status. Human beings are being exploited by human beings in the name of race, religion, and caste all over the world.

Stopping atrocities is a very important task. Everyone has the right to enjoy the human rights declared by the United Nations. After independence in our country, efforts are being made to divide Indians in the name of religion and caste.

No matter who the man is, Hindu or Muslim, Sikh or Christian, speaks Hindi or any other language, all are only human beings, and all human beings must have the right to live equally. All human beings are entitled to civil, political, economic, social, and cultural rights.