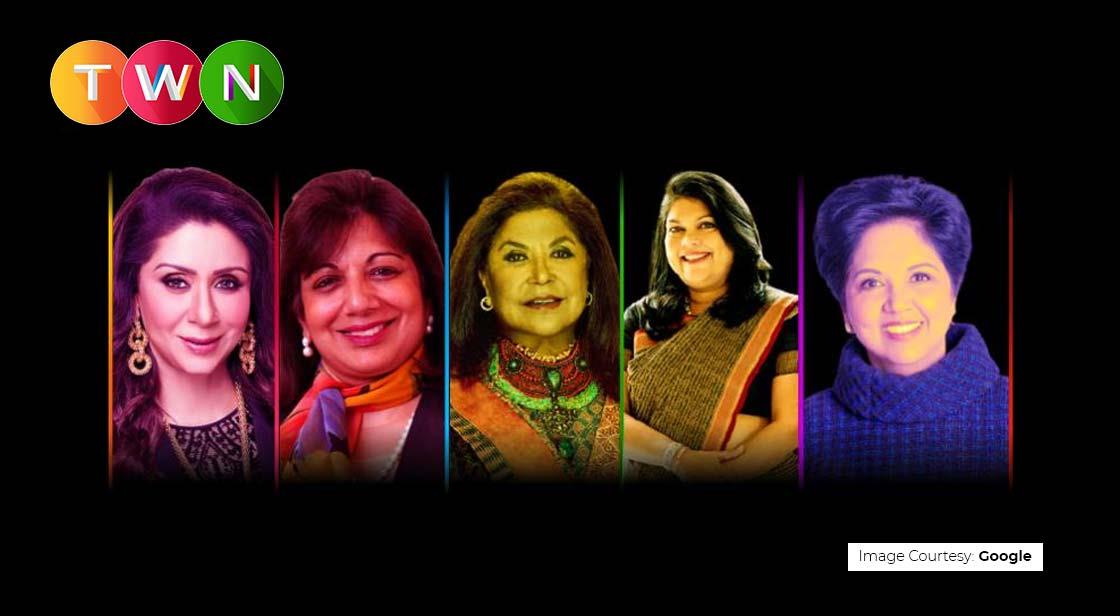 Let's learn about the Women entrepreneur's success who showed the world that women can do anything. Let's take a look at who these women are and what their achievements are? .#ThinkWithNiche.

The women in Indian society were primarily given the responsibility of taking care of the household. Maintaining a house doesn’t only include cooking and taking care of the children, it also requires managing expenses. This shows women from the very beginning had the talent for being an entrepreneur. Women’s Equality Day is celebrated on 26th August every year. This time we bring you the power of equality by telling you about the story of successful women entrepreneurs of India.

Here is a list of the Top 5 Women Entrepreneurs in India.

Founder of VLCC, Vandana is an Inspirational entrepreneur. Founded in 1989, VLCC started as a wellness center in New Delhi. The company has grown enormously. Now, you can find a VLCC product at every salon. The most leading brand in Beauty and Wellness service Industry currently operates in 153 cities and 13 countries. Vandana is not only an entrepreneur but also a philanthropist. She is the VC of NGO Khushi.

A billionaire entrepreneur, inspiration to many, Kiran is the Chairperson of Biocon Limited. Biocon is India’s largest biopharmaceutical company. Biocon Limited manufacturers generic pharmaceutical ingredients which are later sold in over 120 countries across the globe.
Kiran believes that the need for cost-effective drugs for the less wealthy countries is what inspired Biocon Limited to make easily accessible drugs.

Indian Fashion designer Ritu Kumar begin her fashion business in Kolkata, with two small tables. The company had a turnover of 10 billion in 1999, the highest of any Indian Fashion Outlet. An exceptional entrepreneur, Kumar received Padma Shree (Fourth Highest Civilian Honor n India) in 2013. She became an inspiration for the coming generation and lead many to join the fashion industry.

A banker who later quit her job to pursue her dreams. The story of Falguni from a banker to opening Nykaa is the inspiration for many. In 2012, she opened her online outlet selling Cosmetics and Wellness Products and now every Indian woman knows about Nykaa. They sell more than 850 brands and are operating 35 physical stores. Nykaa by 2017 became the beauty website that was used by most women. In 2017, she was awarded the title of ‘Most Powerful Women' by Business Today.

The former CEO of Pepsi Co, Indra has earned her seat on the Amazon Board and the Board of The International Cricket Council. She led Pepsi Co. as its CEO from 2006 to 2018. In Feb 2019 Nooyi was elected as a member of the Amazon Board of Directors. She has been ranked consistently among the 100 Most Powerful Women. In 2014 Nooyi was ranked 13 in Forbes and 2nd most powerful Businesswoman by Fortune.