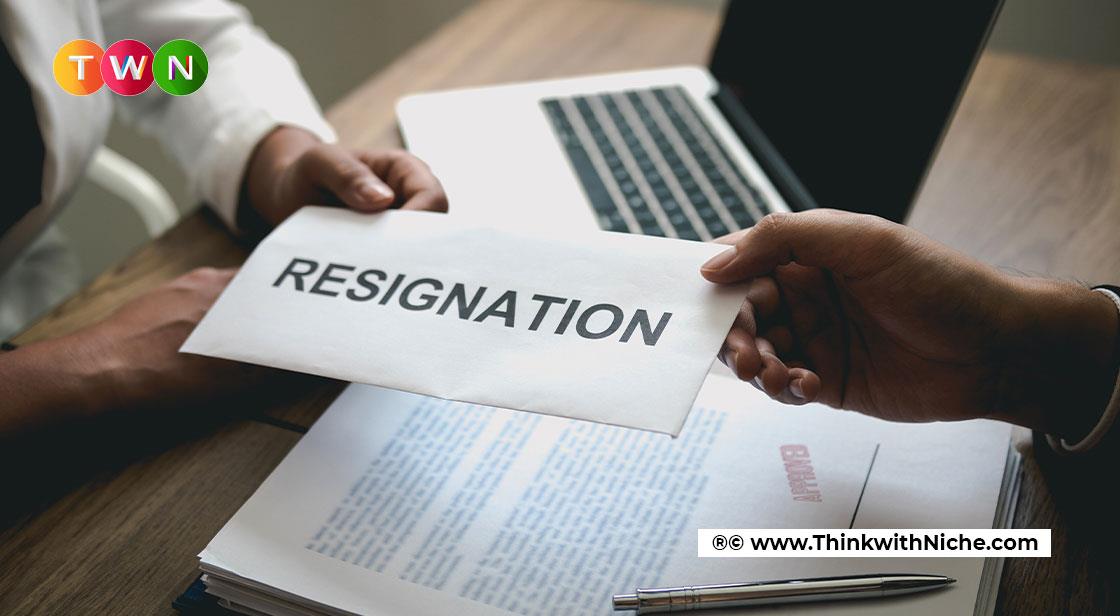 Burnout has fueled the Great Resignation to a considerable extent, but other factors such as the shift to working from home and the desire to transfer into a more stable career have also played a role. Due to the pandemic's dread and uncertainty, resignation rates in the United States fell in 2020. Individuals quit their employment at historic rates one year later, as the workforce suffered collective fatigue, prompting some to refer to the occurrence as the Great Resignation. #ThinkWithNiche

According to estimates, 75.5 million people in the United States will retire in 2021. Furthermore, according to a poll conducted by ResumeBuilder.com, approximately 23% of the workforce will be looking for new jobs in 2022. WFH policies have significacntly taken a toll on the global employment scene! Low-wage workers were more likely to quit than their higher-paid colleagues, with hospitality, healthcare, and social support, as well as transportation, warehousing, and utilities, being the most affected sectors. Around 4.4 percent of all roles in education, over 6% in retail, and over 8% in healthcare are available. It equates to about a million and a half unfilled vacancies. Although the situation in India is not as grave, there is nonetheless cause for concern. Following the Great Resignation, the IT and technology sectors are hiring at record levels, with the top five IT firms employing over 1.7 lakh employees by 2021. Not only are people shifting occupations, but nearly half of job searchers are looking for possibilities in industries where they have little to no expertise, according to an Amazon India study conducted in September 2021.

One concern is the use of the term "record" to describe current levels. The difficulty is that the data only goes back a little more than two decades, which means the rate may have been greater at any time in the past. We simply do not know. The US economy was strong during the dot-com bubble in the late 1990s and early 2000s, for example, creating many jobs and opportunities for workers. These are common indicators that more people will leave their existing positions in search of higher salaries and perks. Given that the rate was 2.4 percent in January 2001, a month before the quits data began, it's not unreasonable to believe it was greater at some point in 2000 or before. Burnout has fueled the Great Resignation to a considerable extent, but other factors such as the shift to working from home and the desire to transfer into a more stable career have also played a role. More innovative organizations have higher turnover, according to an MIT Sloan study, since they demand more from their employees and project a sense of instability due to their cutting-edge nature. Companies that report higher employee satisfaction are more likely to keep their personnel, which is unsurprising. According to the MIT study, a poisonous corporate culture is a better predictor of attrition than salary and is nearly ten times more important in predicting departure.

As a result of these resignations, the labor market has incentivized employers to provide better benefits and pay. Economists expect that the competition for top personnel will continue, with larger organizations that can provide better compensation coming out on top. According to recent research from the Conference Board, between March 2020 and October 2021, the percentage of job advertisements that include a hiring incentive more than doubled. While better salary can be a key influence, the WFH Project found that respondents value the flexibility to work from home just as much as a ten percent pay raise. As a result, businesses across the board are offering employees shorter and more flexible work weeks, with some organizations allowing staff to work from home regularly. The work-at-home culture has had an impact on the housing market as well. For the same amount that one would spend to rent a small apartment in New York or San Francisco, one could purchase a home in Greenville, South Carolina. As a result, large employers such as BMW and Michelin have relocated to smaller cities, while small firms and start-ups have thrived.

More automation has been fueled by dwindling workforces. The World Economic Forum polled 300 global corporations in 2020 and discovered that 43% of organizations anticipate downsizing their staff as a result of new technology. Companies are increasingly turning to automation and outsourcing to overcome labor shortages in the United States, as they struggle to hire. In the face of social distance restrictions and virus fears, businesses welcomed digital waiters, concierges, and other technologies as the pandemic pushed the trend toward automation. According to a survey conducted by the World Economic Forum in 2020, 43 percent of businesses intend to reduce their workforces as a result of new technology. Even after the pandemic has passed, it is expected that businesses would increase their investments in robots and artificial intelligence to minimize recruiting times and costs.

According to the same MIT study, firms may retain outstanding people in a variety of ways. The first is to make lateral job transfers possible. Burnout is caused by a lack of new challenges and opportunities to attempt something new, according to the study. Employees are roughly 12% less likely to resign when they are given new employment at their firms. International assignments are also attractive since they provide new experiences. Companies with a positive work culture are also less likely to lose staff, according to the report. Hosting more cooperative social events, providing employees with benefits such as happy hours, and organizing more excursions outside of the office are all examples of how to make a better workplace.

According to the study, blue-collar workers are less likely to quit if their schedules are predictable. As a result, it recommends employers of low-wage workers establish concrete time slots and use measures such as forced mask-wearing and social separation to make schedules more predictable. Finally, businesses should provide greater chances for employees to work remotely. While work-from-home policies are not beneficial to all industries, high-wage employees who have more comfortable housing arrangements prefer to work from home.

If you find this article informative, we have another on the similar theme. Click on the link below to explore!

Hate Leads To A Path Of Destruction