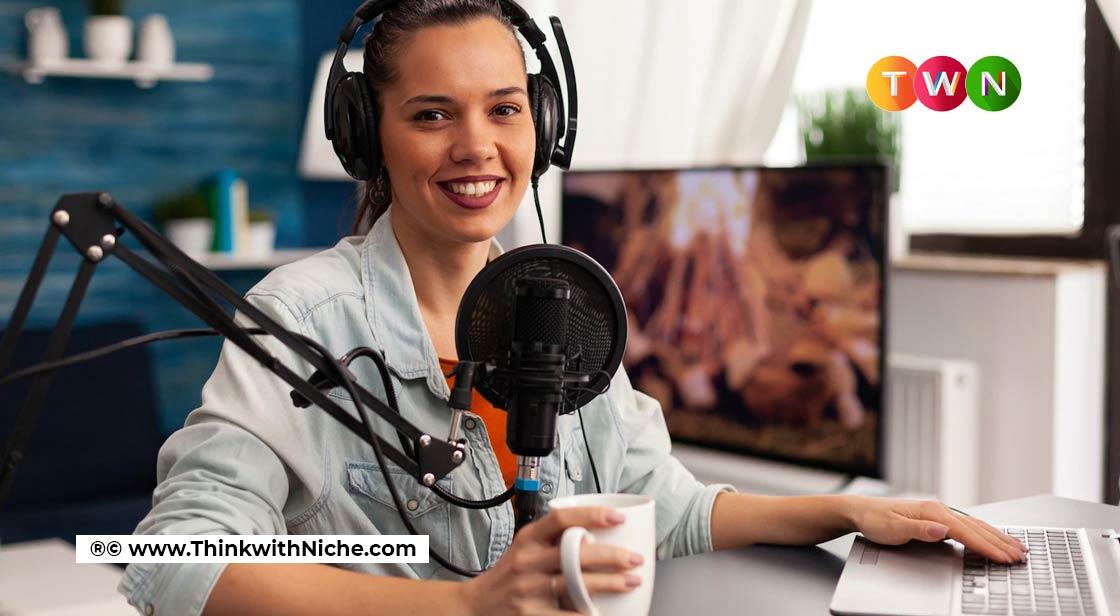 The media and entertainment industry is a vast industry with tons of business opportunities. But it can be confusing as to which business should one invest in. To solve your confusion, I have listed 5 best entertainment business ideas.#ThinkWithNiche

The media and entertainment industry is one of the largest industries around the world. It's a billion-dollar industry that employs millions of individuals around the world. In India alone, the media industry is valued at around 1.7 trillion rupees. So there's no lack of opportunity here which is why many people often consider entering this business. But since it's such a huge industry with dozens of fields, one has to have a proper plan and a great idea in place.

The media and entertainment industry is an expansive industry that includes television, movies, fashion, games, music, journalism, advertisement, and now OTT. This is why it's important to know beforehand which field one wants to venture into before the confusion creeps up to you and things begin to look blurry. So if you are someone who loves the fun and excitement of the media and entertainment industry and wants to venture into it, then this article is just for you. We have listed the 5 most exciting entertainment business ideas that might make things easy for you to decide.

The media industry relies heavily on advertisement and PR which makes it a great business idea to invest in. Take any field in media, be it movies, television, print, or journalism, they all spend a huge chunk of their capital in advertisement and promotions. This high demand will result in a higher profit margin. But keep in mind, this business idea requires a considerably large capital and a good networking sense. So if you have those two assets in place, Ad Film business or production is a great business idea to invest into.

Management Company handles the basic day-to-day affairs of an artist so that they can create art in peace. Apart from this they also offer career advice, bring new projects and promote an artist's name in influential circles. This is why almost all big and, now even up and coming artists, have their managers. So setting up an artist management company is a great business idea. One major requirement for this business is exceptional networking skills, so make sure you keep that in mind before venturing into this business.

During the past five-six years, the stand-up comedy scene in India has blown up with many comedians becoming mainstream voices. This is why it's a great time to invest in a Comedy Club. Since watching a comedy show is much cheaper than most of the things out there, it makes sense why the ticket sales for comedy shows have gone up. Thus a good comedy club today can bring a lot of business to you if you manage to play your cards well.

This is one of the major fields in the media industry and one which can bring higher returns in the long run. If you are someone who has a way with people and wants to support artists directly, this business idea is tailored for you. A publicist has tons of responsibilities including client PR, publishing interviews of your clients, and also doing damage control if a client finds themselves in trouble. But this business idea requires some experience in the publishing business, so if you have that, becoming a publicist is a great business idea.

Escape rooms have become a major entertainment business model and have gained a lot of traction from young to middle-aged people. These Rooms are like real-life board games where you have to solve a puzzle before the time gets up. People come with their friends and try to solve the puzzle together. This can be a great business idea if you have a creative itch as different escape rooms have different themes and rules. So you can use your creativity here.

The media and entertainment industry is a tricky business and deciding on the right idea to invest in can be a tricky decision to make. There are a lot of factors one needs to consider before venturing into this business. So hopefully you have got some good ideas from this article. Don't forget to do your research too before finalizing anything.