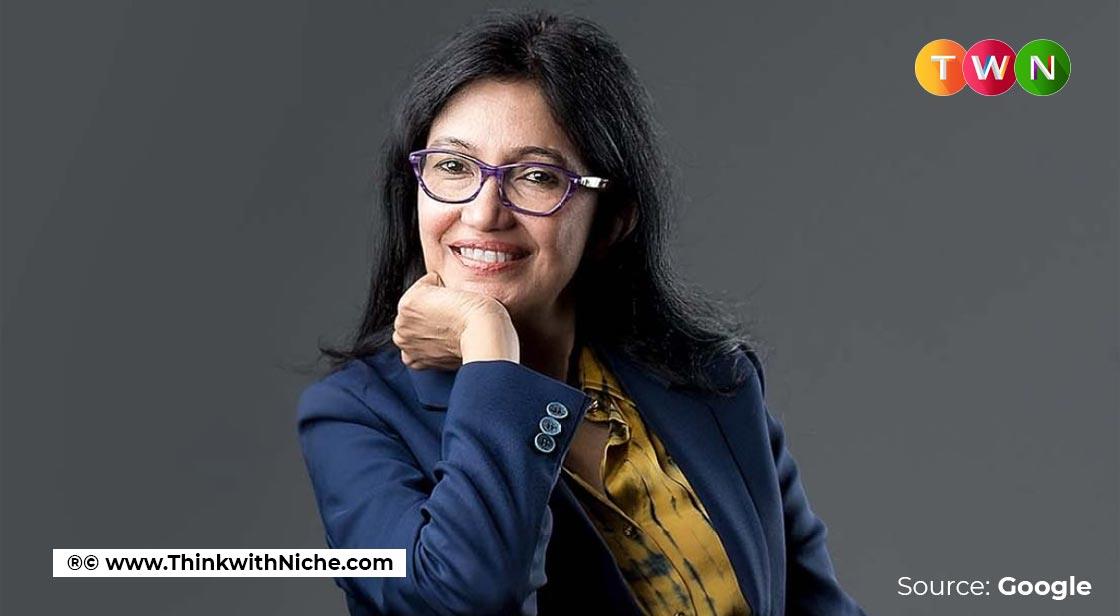 lets take you nivruti’s rai success story and learning as to how one can attain success in life as well as business.#ThinkWithNiche.

Women are breaking boundaries all around the globe, one more on this list is Nivruti Rai who is deemed as the most successful woman in India because of her gentle demeanour and extremely hardworking persona. Her initials remain etched into today’s modern women reshaping the world of technology very smoothly. Known for bending rules, taking advantage of unexpected risks and successfully bringing positive outcomes in number crunching. A powerhouse who inspires more generations to come. Nivruti Rai’s many years of hard work has fostered reshaping the Indian economy on a global scale.

Ever since the tech industry opened arms to women employees and co-workers, it has given space to elevate their passion. Much like Nivruti Rai’s success story, there are many women who are breaking boundaries in the technology sector just like her.

In an interview with a leading portal, Nivruti Rai spoke at length pertaining to her role, she states that the concept of numbers and mathematics always held her attention tight. When it comes to the potential of technology, it can save millions of lives at the same time enhance someone’s life quality. Nivruti calls this wonderful era, an evolution itself. Nivruti Rai also put forth an analysis done by various experts, that adapting artificial intelligence is most likely to boost GDP globally by 26%.

Speaking of reasons for the economic upgrade, Rai says that under clutches of industrial robotics, artificial intelligence and automation have upgraded a field for both women and men. Because the times have progressed so far, the advancement of technology attracts equal opportunities of work for women in industries and factories which once men dominated. This change should be credited to artificial intelligence wholly and solely.

Even Intel’s Nivruti Rai faced hurdles before turning her career into oceans of success. 12 years ago, she faced challenges and did not realise that one mistake could cost her team a big loss. Because of one incident, she later came to a conclusion that every problem needs a solution, may it be big or small. These little moments made her ready for an unexpected roller coaster ride! Then onwards, Nivruti let go of fears that were nearly obstructing her path.

Creative Side of Nivruti Rai

While everyone possesses some kind of artistic skills, Nivruti’s creative side started blossoming quite early. Hunger pangs for designing and crafting art made her more passionate about her career goals. She also played her hands-on embroidery designing on traditional wear which turned too good to be true. Apart from this little unique identifier in her personality, she loves every part of technology.

Nivruti Rai believes that women are not usually seen as risk bearers which make it challenging to land tech roles for females. Most people think the tech industry is made for men, but the fact is it is not.