Save A Species on World Wildlife Day 2022 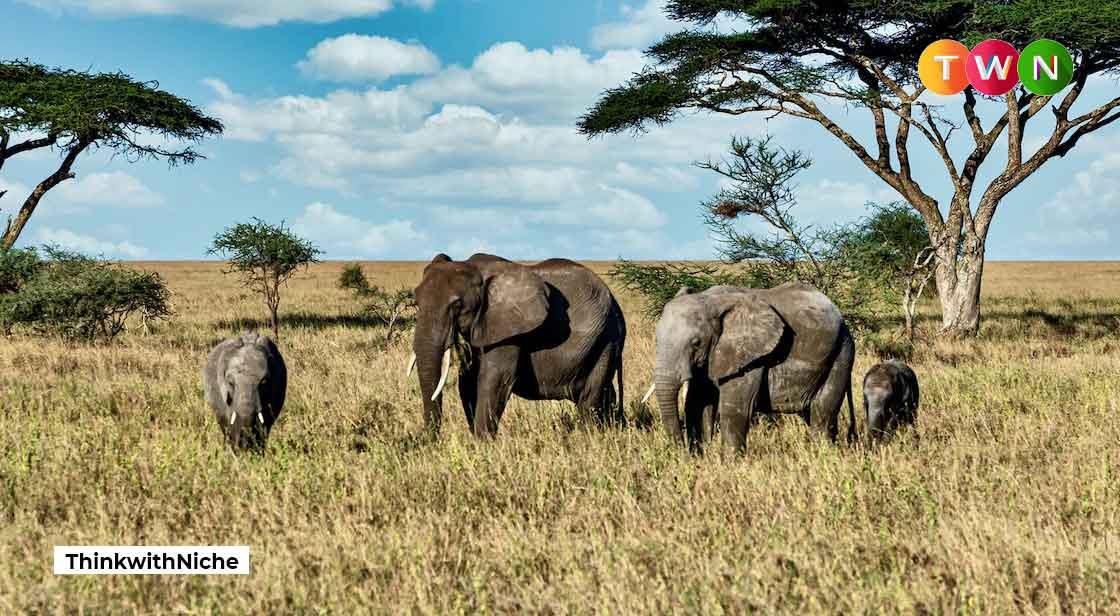 Sumatran tiger, Amur leopard, and Vaquita, all of these species are critically endangered species. What is that, you might ask! If you have affection for nature or you love animals, then you might know that critically endangered species are those species that can go extinct and any point in time. Just like the dinosaurs, dodo, and Thylacine. Today, on March 3, 2022, let's save a species. Let's celebrate World Wildlife Day. #TWN

Is that a Sumatran Tiger?

Is that a Vaquita?

Is that an Amur Leopard?

Yes, they are what you think they are, and you know what is the common thing between them? All of these species are critically endangered species. What is that, you might ask! If you have affection for nature or you love animals, then you might know that critically endangered species are those species that can go extinct and any point in time. Just like the dinosaurs, dodo, and Thylacine. These animals sound very cool and mesmerizing, which is a good thing, but what will we do if these go extinct? Mother Earth will be nothing when we lose such precious gems.

Only humans cannot and will not survive in the absence of these mystical creatures.

So, the UN came up with an idea to aware the world of the importance of these animals in our lives and on the planet.

On December 20, 2013, World Wildlife Day was established, and on March 3, 2015, we celebrated the first World Wildlife Day. That was the marking of our awareness towards our mother earth and the wildlife that must exist around us.

Suppose our tigers go extinct and our coming generation asks us how the tigers used to look. What if they ask if they can ever see a tiger in real? Heartbreaking right?

To save ourselves from that situation, we must save these species so that our young ones can have a bond that we are trying to reconcile badly.

Let’s read something more educational for a start.

On December 20, 2013, in the 68th session, our UN General Assembly decided to celebrate March 3 as WWD. March 3 is already known as the day of the Convention on International Trade in Endangered Species of Wild Flora and Fauna. It was a good decision to celebrate two things on one day.

Can you guess how many species fall under the title of endangered species? Around 8,000 species. Crazy! Around 30,000 or more are on the verge of extinction and are vulnerable. It is as scary as it sounds. Over a million species have gone extinct in the past, and we do not want to increase that number.

March 3 holds significant importance for the UN because the saving of species aligns with their sustainable development goals (1, 2, 12, 13, 14, 15)

Talking about the World Wildlife Day theme of 2022, it focuses on restoring the ecosystem so that our planet may thrive and the species can be excluded from the list of endangered and vulnerable. The theme for World Wildlife Day 2022 is "Recovering key species for ecosystem restoration," which means that we need to restore the balance among the species, which can ultimately result in the conservation of species.

Why this theme? Well, this theme has its importance. This theme aims to draw the attention of every individual towards the conservation of these endangered species of both flora and fauna. These species need us to be diligent so that they can survive and allow us to survive as well.

If you are an animal lover and want to celebrate the day, here are some activities for World Wildlife Day that you can do to make people aware of the situation and how everyone can contribute to this noble cause.

If you are an animal lover, then you must know a lot about animals. It would be great to amaze people with the lesser-known facts about a particular animal. For example, everyone knows that the Cheetah is the fastest animal on land, but very few people know that Cheetah can only maintain that speed for a few seconds only. Even fewer people might know that cheetah stops within those seconds to avoid getting killed with a heat stroke. That’s how you impart knowledge and aware people of the animals with some amazing facts. It could spark curiosity among the masses, and they might work for the conservation of wildlife.

Heard about Planet Earth? Not the planet but a BBC series. You will hardly find anyone who hasn’t watched it. On this day you can ask people to come and watch the amazing series and celebrate the day.

Okay, so why World Wildlife Day is so much important?

This day is very important due to the number of facts.

With that being said, let’s promise ourselves that we will aware of everyone and help conserve the wildlife as far as possible. Even if we can conserve one species, it will be considered a victory for us as inhabitants of this beautiful planet.

Saving The Amazon Forests: Our Underground World Is Under Threat