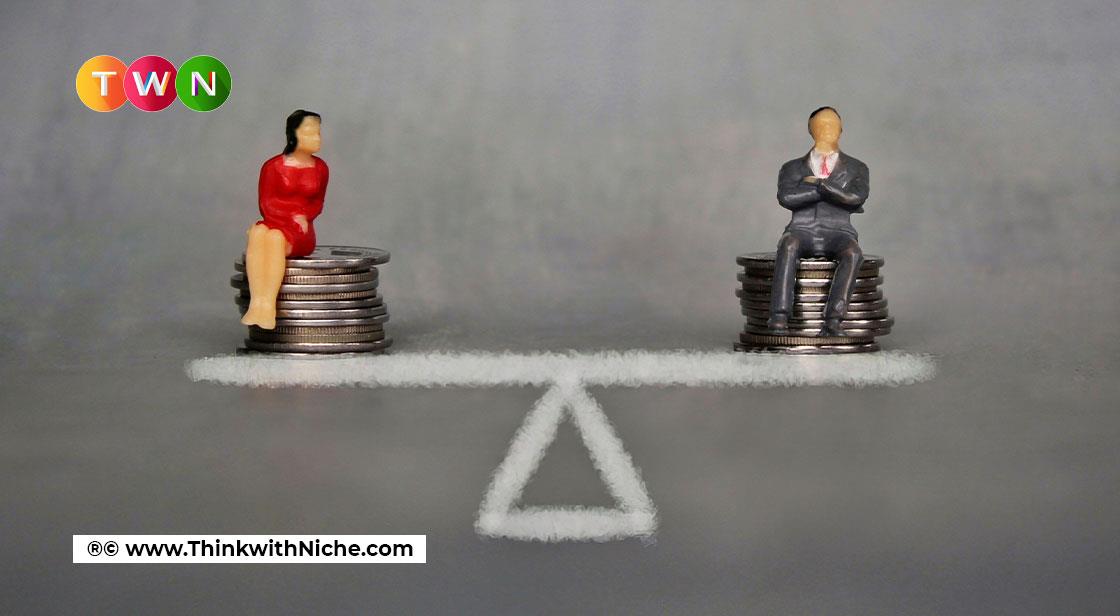 According to the World Economic Forum, closing the pay gap and achieving global pay fairness will take 257 years at the current rate of progress. And the COVID-19 pandemic has exacerbated the situation by disproportionately affecting women in the workplace. Why aren't we discussing it? Let us discuss this huge blemish in order to eradicate it from the modern economy.#ThinkWithNiche

The history of wage disparities between men and women is intricately related to the history of labor in the United States. From slavery and its aftermath depriving Black women of wages to land theft creating long-term disparities in health, education, and opportunity for Native women, to legal and cultural restrictions on women's ability to earn money, our country's history is littered with discrimination and its consequences.

A persistent wage disparity between men and women continues to harm the nation's workers and the economy more than half a century after pay discrimination became illegal in the United States. Women still earn 83 cents for every dollar earned by men working full-time in the United States, and the ramifications of this disparity affect women throughout their lives.

According to the World Economic Forum, the gender pay gap exists globally and in nearly all businesses and professions, regardless of objective criteria that should impact salary (WEF). According to the World Economic Forum, women earn only 68 percent of what men do for the same work globally and only 40 percent in nations with the least gender parity.

According to the Census Bureau's findings, full-time, year-round working women earned 82 percent of what their male counterparts earned in 2019. According to a Pew Research Center analysis, the salary difference between workers aged 25 and 34 and all workers 16 and older in 2020 will be lower. On average, women aged 25 to 34 earned 93 cents for every dollar earned by men in the same age range. Women between the ages of 25 and 34 earned 33 cents less than men in 1980, compared to 7 cents in 2020. In 2020, the predicted gender pay difference for all workers will be 16 cents, down from 36 cents in 1980.

Unfortunately, the epidemic halted progress in closing the gender wage gap, and cutbacks and a dearth of child care have caused many women to leave the profession entirely. Women's labor force participation was 55.8% in February 2021, the same as it was in April 1987. Women of color and those employed in low-wage jobs have been disproportionately affected.

Why Gender Gap is still breathing?

Researchers have seen the consequences of occupational segregation on gender norms and expectations by estimating a holistic wage difference. So-called women's employment, such as home health aides and child care workers, have historically had a majority-female workforce. So-called men's jobs, on the other hand, have always had a mostly male workforce.
Women are disproportionately pushed out of the workforce to accommodate childcare and other unpaid responsibilities, and consequently have less job experience than men.

Motherhood can also cause job interruptions for women and have an impact on their long-term wages. As a result, women work fewer hours to accommodate caregiving and other unpaid duties, and they are also more likely to work part-time, resulting in lower hourly income and fewer benefits than full-time workers.

Other difficult-to-measure issues, such as gender discrimination, may also contribute to the persistent salary disparity.

Pay equity regulations can successfully eliminate salary disparities and guarantee that better frameworks are in place to achieve more workplace equality. As countries recover from the epidemic, economic recovery measures that benefit women can be developed. Equal Pay Day was March 21 this year, because that's how far into 2021 the average American woman would have to work to earn the same amount of money as the average American man in 2020.

CONCLUSION:- The gender pay gap is systemic: it reflects widespread misogyny in patriarchal countries, where men's contributions are valued higher than women's, even when they perform the same role, as well as a cultural norm that steers women and girls toward lower-paying and lower-valued industries.

Saving The Amazon Forests: Our Underground World Is Under Threat

Save A Species on World Wildlife Day 2022