OTT And Gen X – Can the Music Bond Be Reconciled? 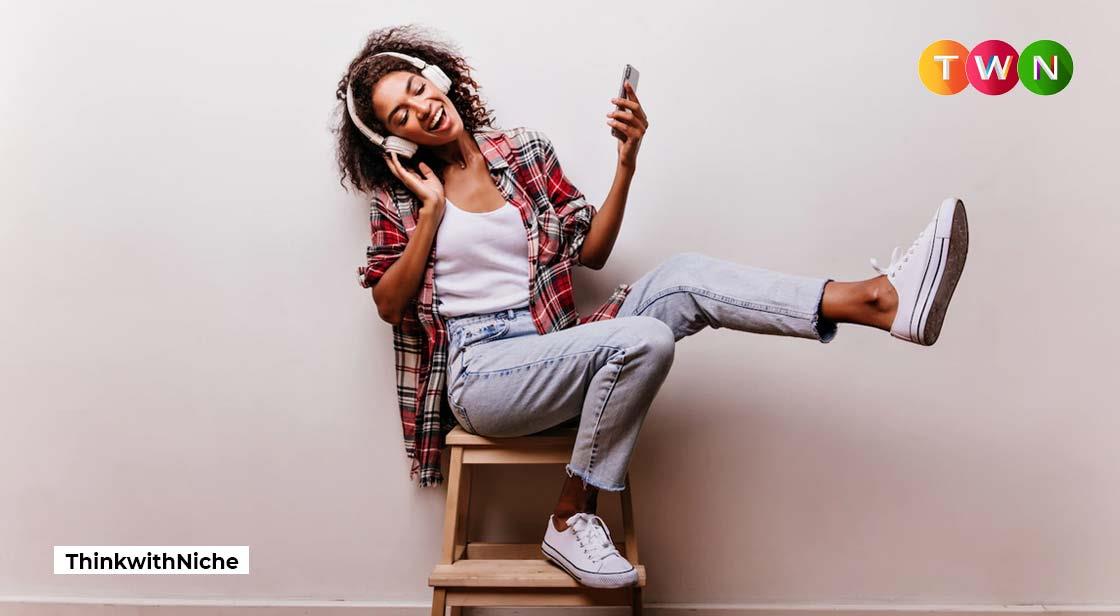 They say that old times were best. Indeed they were. Talking about music, every generation has music that is evergreen. It is technology that keeps us away from our favorite songs. People from the 70s and 80s listened to music on CDs and tapes, while the generation today has access to OTT music platforms. Can two different eras bond again over the love for music? Let's Find out! #TWN

When my dad used to work in his shop, and my mother used to cook in the kitchen, one thing was common in the chores they carried out. They tuned in to their favorite songs from the era when they were of our age. These oldies were like Beethoven’s fifth symphony. Nothing can make our parents pumped up than the oldies played on the radio. Being a member of the 90s gang, we were more into early remixes and some classic songs that our parents could not keep track of. I remember my dad and I used to fight for the songs to be played in the car. Ultimately, it was decided to switch the tapes after every hour so we could listen to the songs of two different generations. Thanks to my father, who got me interested in the song of his time and the lyrics that connected at a deeper level. This article is not about telling the differences between two generations. It is about the changes in the music industry, both technological and artistic. Our parents come from the era where they had control over the possession of music in the form of records, tapes, CDs. We might not know the importance of these old-world devices, but for our parents, it was the treasure that can be only be used to satisfy their artistic soul.

Today’s generation, popularly called Zoomers or Gen-Z, don’t know about the proud feeling of owning a collection of superhit songs loaded into VCR tapes and cassettes. It was a time before the digitalization of things. Zoomers have apps that stream their favorite songs whenever they want. All they need to do is create an account and pay for songs to listen to. Our parents or the generation before us don’t have that privilege. They prefer owning the system and songs rather than paying to stream their favorite songs. They feel proud when they teach us about the devices they used in their times and how owning a unique collection of songs tells a lot about the persona. Zoomers might not have experienced that era, but they ought to try it.

With the emergence of OTT platforms, it became easy for us to get music whenever possible, but for our parents and old people, learning technology is not an easy task. Making them use a smartphone is a tough task and adding more technology to it isn’t just feasible. They prefer songs more than creating an account and searching the music. OTT platforms have brought songs to one place, but they lack in one thing, they don’t have every song available. For instance, if my old man wants to listen to a song Celia Cruz named 200, he will not find it anywhere on OTT platforms. That song was on every shelf when CDs and tapes were used. Many songs were lost during digitalization. When I was a child, I remember my dad teaching me about the music players back then. I have learned about VCRs and cassettes from him. In the early 2000s, iPods and portable music players took the world by storm, and CDs and VCR players became obsolete. Everyone used to carry a player, but Gen X wasn’t ready for that kind of innovation. The songs that were physically available to them just went missing during the digitalization process. Learning to use it wasn’t just their thing. It resulted in the reduction of their time given to the music. A man who listened to songs for 8 hours on the records now hardly enjoys the music. The only reason is that the old generation is not ready to learn the innovations. They believed in the real ownership of things, and paying for their favorite songs is something that is not acceptable to them.

Among the different OTT platforms, YouTube is the easiest to use. A generation that has listened to music on radios, transistors, CDs, and cassettes is now trying YouTube for the love of music. Being the easiest app to use, YouTube has become a go-to app for Gen X. Doesn’t matter how easy an app is! You cannot be completely satisfied with it. You cannot browse the songs online that you have curated over the decades in your life and play that song you had forgotten about. With the new-age streaming apps, you cannot find your favorite old song because of newly added songs that populate the home page. Many music aficionados had lost their favorite gems in the process of moving to OTT. When iPod season died out, it took away a lot of music with it that has been lost forever. Kids from the 2000 or late 1990s know the craze of iPods, but their parents have no idea how these things work and bring music to them. In an attempt to understand that, they lost the music they had collected over the years. Here YouTube steps in and gives a bit of comfort to older users.

With OTT music apps, humanity has gained access to unlimited music in every language and consumes music of every taste. A toddler can listen to rhymes, a teenager can listen to hard rock music to instrumental, while people for the older age group can listen to music from their young days given the fact that they find it easy to use the OTT apps. When the pandemic hit the world, every single soul was locked inside for an infinite amount of time. Gen Z started easing their elders and making them comfortable in using these apps. We have many apps available for us: Hungama, Pandora, SoundCloud, Spotify, Apple Music, Gaana, JioSaavn, Amazon Music, Wynk, Resso, and many more. In Pre covid era, these have seen that only newly added tracks were doing good. As covid hit, people started going back in time to listen to their favorite tracks and live in nostalgia. Older users still had issues getting used to these OTT, and so ease them, Saregama India Pvt Ltd. Launched Carvaan in 2017. It is a vintage-styled music player, completely offline, that has over 5000 evergreen songs preloaded. Now that brings back the feeling of real ownership. This product aimed to make it easy for older listeners to consume digital music. It also saves the hassle of signing in or entering the card details. It has made it easier for older users or Gen X to listen to their favorite ones from the time they were teens.

Though OTT Music is new and happening in the lives of the young, it still has to catch up with the old generation and be a little friendly to them. The sense of ownership is a real thing for Gen X, and we ought to respect that. OTT platforms and Gen X are trying hard to reconcile the bond that was almost gone, and we hope in the coming years, the old generation will be playing digital music of their favorite singers on a product like Carvaan, a gramophone, or a transistor, reinvented. It would be a treat to eyes and ears to listen to Michael Jackson and Linkin Park, both on a vintage gramophone.