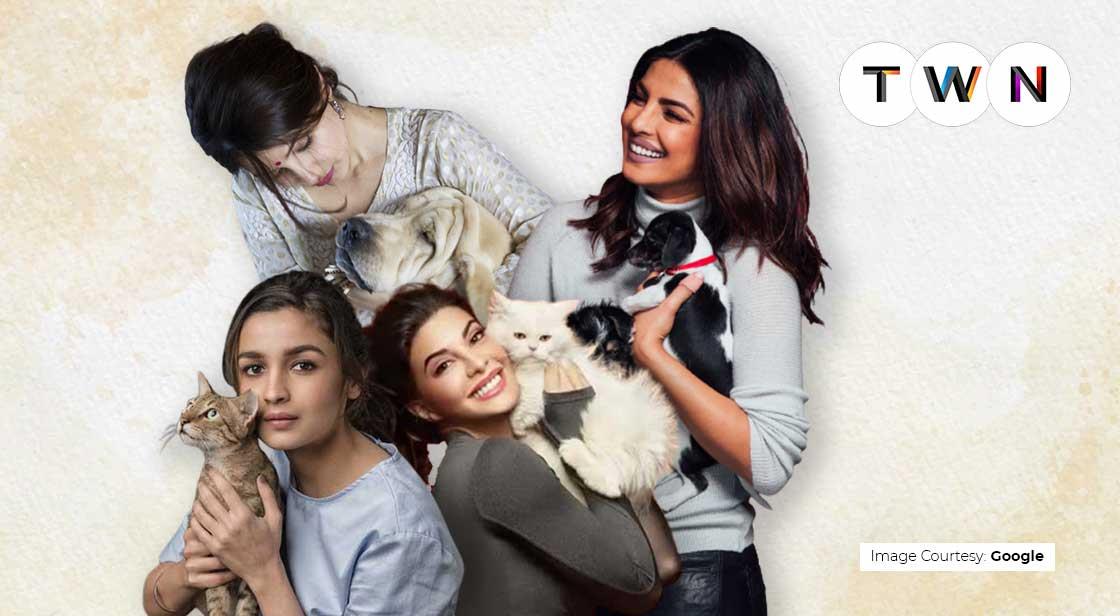 Bollywood actresses are quite possessive about their pets. From Piggy Chops to millennial star Alia Bhatt, they have carved their pets etched in their hearts like firebolt.#ThinkWithNiche

These beautiful Bollywood ladies will melt your heart showing off their treasured possession, and you won't believe what's on this list! "Their lovely pets". They are better than humans, who love and entertain us at the same time. Pets come in out-of-the-box avatars, they possess innate power to calm one down and give us a sense of selflessness.

Ever since, Priyanka Chopra came across this little munchkin accidentally, in the middle of a professional video shoot with a reputed media channel, she was head over heels in love, after adopting her. She often delicately carries Diana in a stylish bag and pampers her just like a tot. Priyanka Chopra once confessed that cats scare her, we wonder why she is more loyal towards dogs. Her travel diaries will definitely make you jealous! Priyanka Chopra never fails to match her outfit with what fits the pair duo. This isn’t it! Priyanka Chopra often flaunts her pet, Diana, on Instagram handle selflessly. She has also self-invited herself proudly in Priyanka Chopra's get ready’ MET Gala video and is also a big part of the social media family as well, she has over 21k followers and swears by appearing stylish in Priyanka’s selfies.

This cute actress gifted herself a pet cat Edward and loves him endlessly. She is often seen playing with her beloved pet Edward, clicking cute snaps, or playing with various filters on social media. Though Alia’s obsession with her pet annoys most of the people around her, she clearly admits that she isn’t embarrassed about being obsessed with her. Alia is a hard-core cat lover and has spent most of her childhood sheltering pet cats. Since she had a long list of pet kittens in the past, Edward is the last and the latest one on the list. Alia’s sister Shaheen is also a cat lover just like her! Alia’s affection for her pet is overwhelming and extremely heartening.

Jacqueline Fernandez is the brand ambassador for the Body Shop’s PETA campaign that endorses a global ban on animal testing over cosmetics. Her adorable pet has always been in the news for cute reasons, she once proudly walked in the middle of a photoshoot by throwing adorable celebrity tantrums. Her pet MIU MIU was also snapped by Jac for endorsing Body Shop products. They make a cute couple and are often seen fitting beautifully in Dubsmash videos.

Anushka has invested love and protection for her dearest pet, a Labra dog whom she named as ‘Dude’. She does all sorts of craziness with him as a notion of ‘pure love. When she visited ‘Love Lock’ in Paris, she carved Dude’s and her name on a lock and threw the key away to show her immense affection towards him. Most people are unaware that Anushka has also received an award for India’s hottest vegetarian from PETA. Dude and Sharma make a charming pair while procrastinating together.