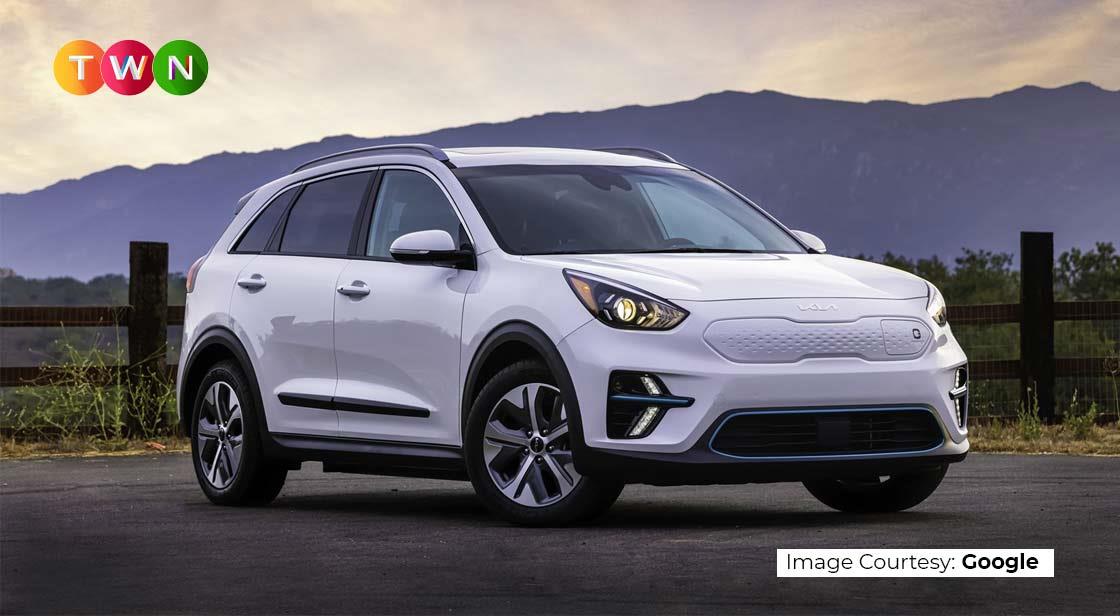 EVs are the future, you know it. Fossil fuels won’t last, you know it. You can make a change! You know it. Why wait and think if you should buy an EV or go for a coal rolling fume burning car? Join the revolution, buy the EV, and read about the next big entry into the EV world. #ThinkWithNiche

Another day, another EV to steal your heart and rule it at the same time. The era of EVs is upon us, and to compete with the others, Kia has entered the market with a new EV they had up their sleeves for a while now. Do you think it stands a chance, or will it perish amongst the undefeated ones? Let’s find out together!

The market is flooded with EVs after the talks around sustainable development. Every giant automotive company wants to be a leader in reducing its carbon footprint. After Hyundai, Ford, and many others, Kia is also trying its hand in the EV sector and will keep innovating. Kia is a well-known name in the automotive industry, and it is known for the world-class quality of its vehicles. Kia was known as a bicycle manufacturing company and is now competing in the EV market with top contenders like Nissan leaf, Hyundai Kona EV, Hyundai ioniq 5, to name a few.

Kia Niro was launched five years back in 2016. It was made with the intention of electrification. Kia wanted to electrify the generations to come. In 2018, the aim was fulfilled by the company. They launched the Kia Niro EV, which succeeded the PHEV hybrid version of Niro.

First-generation Niro (2016) was made on the platform of Hyundai Ioniq. Kia went for something different in Niro. They used dual-clutch transmission and discarded the thought of using the traditional transmission (continuously variable transmission). This dual-clutch transmission was used in many hybrids to heighten the driving experience. The size of Niro was different as compared to normal crossovers. The Kia Niro was bigger than the Kia Stonic but smaller than the Kia Sportage. To be precise, it was nearly like the Kia Xceed. Kia started the production of Niro in May 2016 in Hwaseong, Gyeonggi, South Korea.

Kia launched the hybrid version in 2017 in the UK and in the USA the following year. The Kia Niro EV was on the way, making its debut soon.

It was launched in 2017 but was teased at the 2016 Chicago Auto Show. It was a unique machine, giving a mileage of 45-50 miles per gallon. It used a hybrid powertrain to get this mileage. The same powertrain produced 139 hp. The battery in the HEV Niro has a capacity of 1.56kWh and is heavy (33 kg). Unfortunately, four-wheel drive was absent on the Niro.

Wondering what PHEV is? It stands for Plug-in Hybrid Electrical Vehicle. This version comes with a battery capacity of 8.9kWh. Original Niro and PHEV versions made the hybrid range of Kia Niro. This hybrid range also has Optima in it. PHEV range has made sales far better than any EV present at that time. With growth over time, Kia made an announcement stating the possible facelifts of some products. Niro was also a part of this announcement.

I know you all waited long to know about this EV, but without knowing the history, you can’t feel the true glory of this Kia car. Let’s jump right into it. We got this EV in 2018 at an expo (International electric vehicle expo, Korea). It is sold in Asia and North America as Niro EV. In Europe, it is sold by the name of e – Niro. It has the same battery configuration used in its rival, Hyundai Kona EV. Niro EV has two battery variables (39.2 kWh and 64kWh). The batteries used in Niro are liquid-cooled polymers of lithium-ion. Though the battery configuration is similar to Kona EV, the manufacturer is different. Niro gets its batteries from SK Innovation, while Kona gets them from LG Chem. Different manufacturers but similar output.

The battery with 39.2 kWh capacity had a motor (Permanent magnet electric motor) that produces 100kW/134 hp of power and maximum torque of 395 Nm. The maximum range on this version is estimated to be 288km on a full charge.

The battery with 64 kWh is more powerful for obvious reasons. It produces the maximum power of 150 kW/201hp, and the torque value is the same. The range covered by Niro with this battery is estimated to be 455km on a full charge.

One good thing done by Kia is that both the versions of Niro have a CCS charging port (Combined Charging System). It allows rapid DC charging up to 77 kW.

Overall, this car is ready to give some tough competition to the existing kings of the roads.

With so much packed inside, Niro performed well in Euro NCAP tests and scored a good rating of 4/5 stars.

2021 and 2022 will be the years of retouching for Kia Niro. Minimal tweaks in design and overall experience will be done. In 2023 Kia has some other plans for Niro. Kia plans to make Niro 2023 more noticeable than its previous models. For this, Kia will do a major facelift of the Niro to make it stand out from the crowd among the compact crossovers. We expect that the 2023 Model will have a better range than previous models. Major details are unknown, which will be answered when Kia launches the Niro in 2023. Kia Niro EV 2023 will be a new addition to the second generation of the Niro family. HEV and PHEV will continue to exist in the model.

If you want to buy the best, wait for Niro EV 2023 to make a meaningful purchase for your family. You can go for the existing EV models, and you will not regret buying an EV. Kia Niro EV will make your investment worth it and make you the center of attraction among your friends and family.