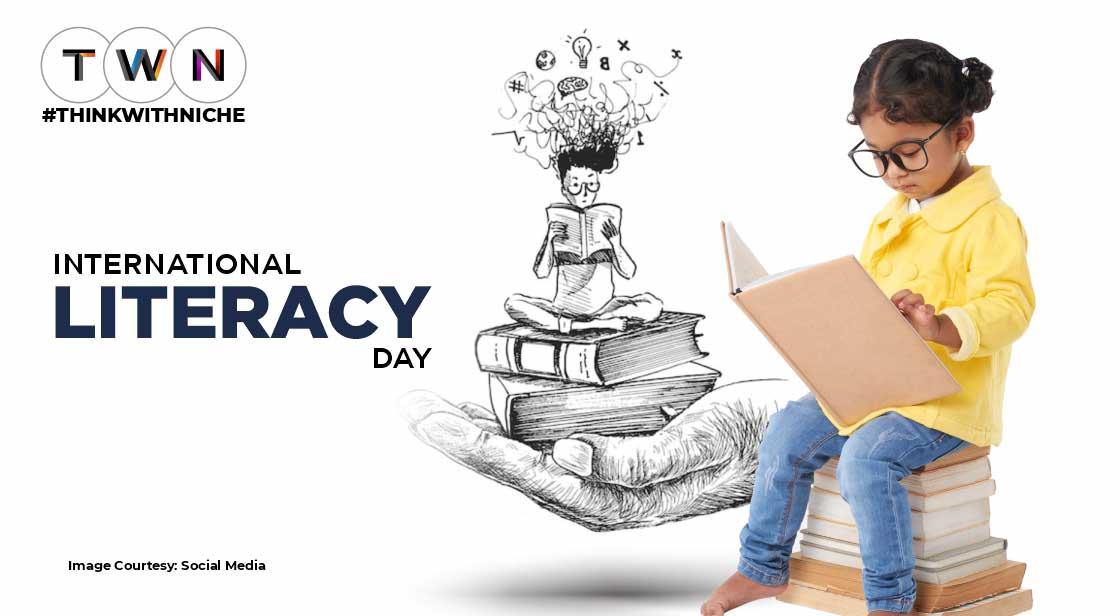 Despite significant progress in improving literacy rates in the more than fifty years since the first International Literacy Day, illiteracy remains a global issue. It is estimated that over 750 million adults worldwide are illiterate. The day is observed to motivate people to pursue ongoing education. UNESCO has been in the most prominent list of organizations encouraging global literacy. It has also contributed to the promotion of International Literacy Day. Literacy, as a basic definition, refers to the ability to write and read. But this definition isn't sufficient in that it fails to explain the way the word is utilized in the present day context. For instance, the term "literacy" can also be used to talk about computers, finance media, politics, and so on. Thus, a broad definition of literacy is the capacity of a person to understand the knowledge of a subject and break it down into smaller concepts in order to be able to comprehend it more clearly. For all practical purposes, the definition of literacy will be the same definition that we used in the previous paragraph. Before we go to the meaning of International Literacy Day, its roots, and much more it is important to understand what literacy rates are and what it means.

Every year on September 8, International Literacy Day is observed to raise awareness and concern for literacy issues that exist both locally and globally. The United Nations Educational, Scientific, and Cultural Organization, or UNESCO, established International Literacy Day in 1966 "to remind the public of the importance of literacy as a matter of dignity and human rights."

According to UNESCO that literacy issues persist with 771 million people illiterate all over the world, of which women are the most deficient in basic writing and reading abilities.

The COVID-19 crisis has affected the learning process of students on an enormous scale. Even in the midst of global turmoil, there are efforts being made to find alternate ways to ensure continuity of learning. This has boosted the idea of distance learning and online learning programs that are popular with a significant amount of students.

This International Literacy Day is observed on September 8th Let's increase awareness about what literacy means to people, communities as well as societies. Students observe this day to increase awareness and concern about issues with literacy that affect everyone across the globe.

International Literacy Day (ILD) is observed on September 8 each year around the world to raise awareness and make people aware of the significance and significance of literacy for people and for societies. If we are to define literacy, it's the ability to write, read and speak in a way that can help us communicate effectively and clearly to others around the world.

What Is The Definition Of Literacy?

Miriam Webster Dictionary describes literacy as "the quality or condition of being educated...able to write and read." Literacy is a crucial instrument to end the effects of poverty, reduce mortality among children, reduce population growth, and reach gender equality. International Literacy Day is celebrated on the 8th of September, globally to inspire people to pursue ongoing education, in order to raise awareness and to remind people about the importance of literacy. The day is also observed to remind people of their rights to human and social development.

UNESCO has been at the top of the list when it comes to it promotes global literacy as well as International Literacy Day.

What Is The Literacy Rate?

There are many definitions of what literacy is however the most frequently used is that provided by the World Health Organization, which is:

"The percent of the adult population of 15 and above that is educated, expressed in percentage of the population, or of the specific sex in the country or territory or geographical area at a certain moment in time, typically in mid-year."

If we look at the current state of literacy in India, we can see that less than 84 percent of the world's population is educated or literate. At the same time, the total literacy rate in India in the 2011 census was 74.4 percent, which is expected to increase significantly. The literacy rate in this country is 82.37% for males and 65.79% for females. However, efforts are on to reduce this gap between the two. Kerala has the most educated people in the country, while Bihar has the least. At the same time, if we talk about the largest state Uttar Pradesh, then it is also one of the bottom five countries.

The History Of International Literacy Day

It was on October 26, 1966, that UNESCO designated the 8th of September, as International Literacy Day to remove all issues related to illiteracy in the world. The goal was not just to fight literacy, but also to utilize it as a way to empower people and the entire community. Through all the discussions and discussions, you are probably wondering how the concept of International Literacy Day was born at the World Conference of Ministers of Education concerning the elimination of Illiteracy that was held in Tehran in 1965. In addition to all the discussions happening, the day was incorporated as part of the sustainable development goals in 2015. Literacy was the major aspect of the sustainable development plan.

Also Read: Teacher's Day 2022- Teachers Are The Architects Of Society

The theme of International Literacy Day is "Transforming Literacy Learning Spaces". With this theme, individuals will be able to connect to and comprehend the notion of literacy.

Why is International Literacy Day Celebrated?

International Literacy day is celebrated to encourage literacy and make people aware of their rights to human and social growth. Literacy is an important instrument to eradicate poverty, reduce children's mortality, reduce population and achieve gender equality. The day is observed to motivate people to pursue ongoing education. UNESCO has been at the most prominent list of organizations encouraging global literacy. It has also contributed to the promotion of International Literacy Day.

The celebration of Literacy day is essential for strengthening the educational system, assisting the most in need, and making people aware of the part of society that lacks basic education and abilities. It is helpful to take a handful of measures like the following:

* Creation of strategies and policies for national literacy.

• Catering for the education needs of the most marginalized groups including girls, women and.