Halloween The Celebration Of Horror Of Fun 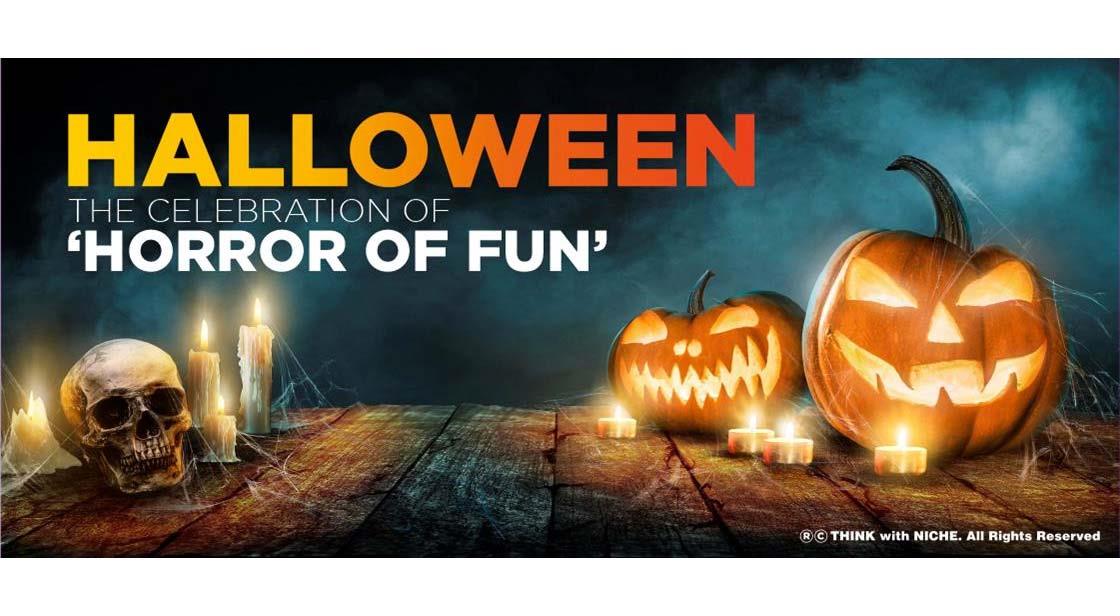 Every year on October 31, Halloween, the Festival of Horror, is commemorated. On November 1, the Celts, who lived 2,000 years ago in Ireland, the United Kingdom, and northern France, celebrated their new year. This day signified the end of summer and harvest, as well as the start of the dark, chilly winter, which was customarily connected with human mortality. Celts thought that during the night before New Year's Day, the line between the living and the dead hazed. They celebrated Samhain on the night of October 31, when it was thought that the spirits of the dead returned to earth.
Halloween may be a uniquely American ritual, but its origins are far older. All the finest superstitions from Roman, Celtic, Catholic, and European folklore, as well as good old American avarice, have transformed into the modern-day Halloween celebration. Today, Halloween is observed all around the world. Let's have a look at how other countries celebrate Halloween.
1. Ireland
The Spirits of Halloween Event in the County, where an old Celtic festival we now know as Halloween originated more than 2,000 years ago, is the supposed birthplace of Halloween. Halloween is celebrated across the country with bonfires, party games, and traditional foods like barmbrack, an Irish fruitcake filled with coins, buttons, rings, and other fortunetelling items. The practice of fortunetelling is an old Irish Halloween ritual. If a young woman receives a ring, baked into a pastry, bread, or mashed potatoes, she will be married by Halloween the following year. Tricks are also an element of the Halloween celebrations in Ireland. Children dress up in costumes and go 'trick-or-treating' in their communities for the evening. At the celebrations, many games are played, including snap-apple, a game in which players attempt to eat an apple while attached to a doorframe or tree by a thread. In addition to bobbing for apples, parents frequently organise treasure hunts with sweets or pastries as the prize.

2. Mexico
Mexico is the best at commemorating the deceased with festivals. In actuality, the Day of the Dead, or 'Dia de Los Muertos,' is honored across multiple days. All Souls' Day, which falls on November 2, is observed throughout Mexico, Latin America, and Spain with a three-day feast that begins on the evening of October 31. It's not Halloween at all, but rather a celebration of All Souls Day in Mexico. The holiday is meant to commemorate the deceased, who are said to return to their earthly homes on Halloween. To honor deceased relatives, many families create an altar to the dead in their homes, which is decorated with chocolates, flowers, photos, samples of the deceased's favorite meals and drinks, and fresh water. Skull-shaped candies, copious amounts of tequila, dancing, and mariachi music, as well as parades of individuals costumed as skeletons, all guarantee that one's forefathers and mothers are honored. A washbasin and towel are frequently set out so that the ghost can wash before feasting.
3. United States
In the United States, Halloween has evolved into a night of sensuous, sybaritic debauchery. What began in Europe as a day to cast out bad spirits and prevent them from destroying crops or causing other havoc has evolved into a day of self-indulgence, particularly for youngsters, who get to dress up and go door to door asking 'trick or treat!' Festival of the Dead in Salem, West Hollywood Halloween Carnival in West Hollywood, Krewe of Boo in New Orlena, and Fetish & Fantasy Halloween Ball in Las Vegas are all popular Halloween events in the United States.
4. France
The French aren't usually keen on adopting any festival that has a bourgeois tinge to it, but Halloween has been gaining traction in France in recent years. The French, of course, enjoy dressing up and throwing parties. Every year, the municipality of Limoges puts on a procession of ghosts and ghouls, and the American Dream Diner in Paris throws a Halloween party. Many French youngsters go trick-or-treating or throw parties at home for Halloween. The French enjoy dressing up, and Halloween is a fantastic time to dress up as a zombie, vampire, or other frightening monsters. To commemorate Halloween, some individuals watch scary films with their friends or family.
5. Germany
Halloween is known in Germany as All Saints Day. It is observed in southern Germany from October 30 to November 8. Halloween just became popular in Bavaria about 20 years ago. Traditionally, All Saints Day is spent at church, honoring the saints who have died for the Catholic faith, as well as visiting and remembering deceased family members, generally at the burial, in this and many other Catholic regions of the world. Some people still despise the festival, while others commemorate it by going to the Ritzer Land Pumpkin Festival or seeing the remains of Burg Frankenstein castle, the setting for the Frankenstein horror story. These terrifying Halloween legends aren't going away soon. In addition, Germans keep their knives hidden during the day so that the returning spirits are not hurt by random knife motions.

6. England
As England already has a holiday on November 5, Guy Fawkes Day, which goes back to 1605, it does not participate in Halloween. The day commemorates the 1605 Gunpowder Plot, in which Catholics attempted to blow up Parliament and King James I. Fans of the movie V for Vendetta will know it. At first, Halloween and Guy Fawkes Day clashed, but today many people are striving to integrate the two celebrations. Guy Fawkes Day celebrations were created to commemorate the execution of Guy Fawkes, an infamous English traitor. On this day, bonfires are lit around the United Kingdom. Fireworks are set off and effigies are burnt. This holiday has nothing in common with Halloween or the ancient Celtic festival of Samhain, even though it occurs around the same time and has some comparable rituals. The English, for the most part, stopped celebrating Halloween as Martin Luther's Protestant Reformation progressed.

7. Russia
Halloween is categorically not observed in Russia. Russians are outspoken about why the holiday is not celebrated in their nation. Some politicians and religious organizations argue that it violates Christian and cultural values and customs. These eerie ouija board stories will make you want to sleep with the lights on.
8. China
In China, the American version of Halloween is mostly observed by ex-pat populations. China, on the other hand, has its version of the Day of the Dead. It does not happen on a single day, but on several occasions. The festival is called the Hungry Ghost Festival, and it includes both celebrating good spirits and avoiding bad ones.

9. Malaysia
The Hungry Ghost Festival is also observed by Chinese communities in Malaysia. Its festivities feature a variety of interesting performances ranging from opera to puppet shows. The same may be said for the Chinese community in Singapore. Here are 12 more fascinating Halloween facts.
10. Japan
Although Halloween is not a Japanese festival, it has become increasingly popular in the Land of the Rising Sun, as it has in other countries. Halloween is so much fun and exciting in Tokyo and other large cities because of the elaborate costumes. Cosplay is already a huge part of Japanese youth culture, so dressing up for Halloween is a piece of cake for those who enjoy it. As a result, Halloween's colours are orange and black.

11. India
In India, Halloween is about more than costumes and cobwebs; it's also about cuisine. Many restaurants will create special Halloween menus just for this occasion across the country. Here's why we celebrate Halloween in the first place.