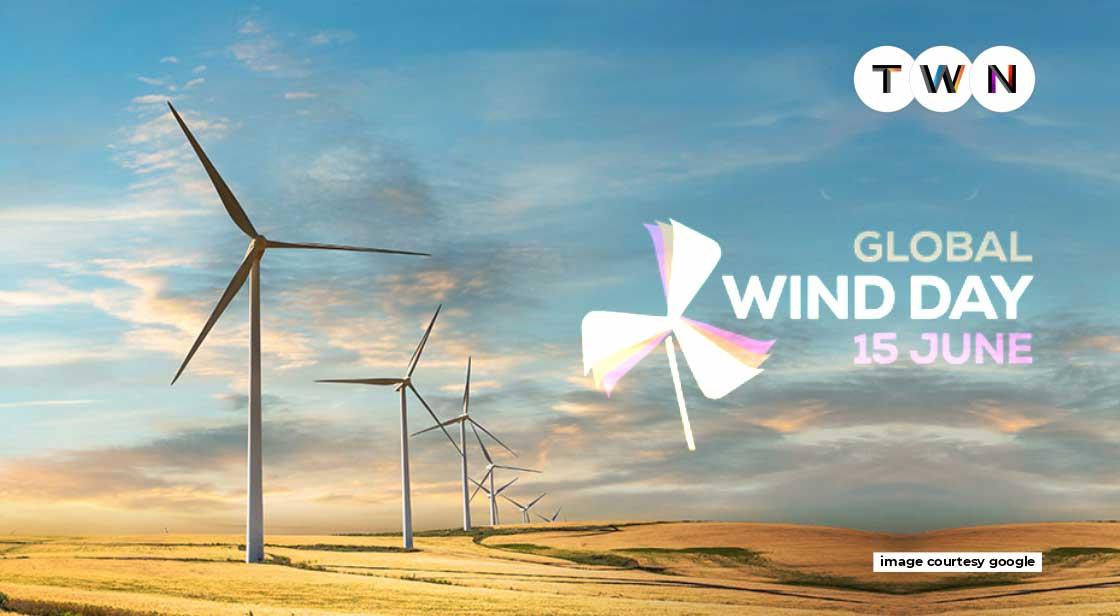 Wind energy has been used as a power source for thousands of years. Egyptians used wind power to propel their vessels on the Nile River as early as 5,000 B.C. The Chinese improved on this in 200 B.C. when they created wind-powered water pumps. Now, in modern times, we have wind turbines that can generate power from strong winds. To appreciate the advantages of wind, we celebrated World Wind Day or Global Wind Day. Join us as we explain why we celebrate this day and why you should too. #TWN

Remember those days when we used to wear oversized shirts or wrap bedsheets around our necks like capes so that we could feel like superman when capes fly? Fast wind and flying sheets. Back then, we never knew how powerful wind was as a natural resource. Today, when technology has advanced while fuels are exhausted, we feel that wind can save us from running out of electricity.

As children, we always stood against the wind flow to face it and feel powerful. Today we want such strong winds to flow so that we can get our machines working. To celebrate the presence of the mighty wind around us, we are presenting you this article so that you can celebrate World Wind Day 2022.

On June 15th of this year, the world will celebrate Global Wind Day 2022. This day is celebrated annually on June 15 all over the world as a day of exploring the possible outcomes of wind power. It's a day for learning about wind, its strength, and the possible outcomes it has for reshaping our energy systems. Global Wind Day, also known as World Wind Day, is observed on June 15. It's a day dedicated to gaining knowledge about wind energy and its potential to reshape energy systems, decarbonize economies, and boost employment and growth. The goal of the day is to raise public awareness of wind energy and its applications. People all over the world commemorate the significance of wind energy and how it can transform the world on this day.

Wind power is the conversion of wind energy into usable energy, such as using wind turbines to produce electricity, windmill blades to provide mechanical power, wind pumps to siphon out or drain water, or sails to move ships. Wind energy is a viable alternative source of energy because it is plentiful, renewable, widely distributed, clean, emits no greenhouse gas emissions while in use, and requires little land.

Wind energy also creates jobs. Wind turbine maintenance teams are the second most rapidly growing occupation in the United States. In addition to the United States, many other countries benefit from these advantages. China, Germany, India, Spain, the United Kingdom, and Brazil are among the top wind energy producers in the world. According to the Energy Department, wind energy has the following advantages:

Global Wind Day 2022 and Its History

Wind energy has been used as a power source for thousands of years. Egyptians used wind power to propel their vessels on the Nile River as early as 5,000 B.C. The Chinese improved on this in 200 B.C. when they created wind-powered water pumps. Furthermore, people in the Middle East and Persia found windmills with woven-reed propellers that could grind grain faster and with less manpower, resulting in more efficient agricultural production. Heron of Alexandria invented the windwheel in the first century A.D. According to anthropologists, this was the first time a wind-powered wheel was used to power a machine. A small windmill was used to power a piston that forced air through the organ pipes. As per records, it made a flute-like sound.

Let’s talk about the modern history behind this wind day:

The theme of Global Wind Day 2022 is to celebrate the advantages of wind energy while also educating individuals about the power and ability of wind energy to fix the world. Wind energy enterprises and organizations around the world hold a lot of activities on this day. Among the attractions are educational seminars, field outings to wind farms, wind turbine demonstrations, and parades. In collaboration with EWEA and GWEC, national wind energy organizations and firms showing interest in wind power generation organize events in various countries around the world. Among the events planned are visits to onshore and offshore wind farms, awareness programs, demonstration turbines in communities, wind seminars, and a wind parade. Many events occur on Global Wind Day, as well as in the weeks and months preceding and following it.

With the threat of climate change looming, it is more crucial than ever to maximize the use of renewable energy sources such as wind. Wind energy is now a mature and broadly used technology, according to globalwindday.org. It is also one of the most rapidly growing industrial sectors, with over $100 billion invested in 2015. The wind industry equipped more than the gas and coal areas combined in the previous year in the EU. It also has the capacity to power 87 million homes, or 15% of the region's power requirements. With such a possibility, the importance of the day grows exponentially, as more people ought to be aware of the benefits of wind energy. This effort is a joint effort of several countries.

Activities To Do on Global Wind Day

On this day, wind energy firms and organizations around the world host a variety of events. These occasions include information sessions, tours of wind farms, demonstrations of wind turbines, and parades. Here are some additional ways to get involved:

Where is the first modern turbine situated?
It is situated in Vermont, USA.

Who came up with Global Wind Day?
GWEC and Wind Europe Came together to start this Day.