5 little-known Indian Freedom Fighters You Should Know About 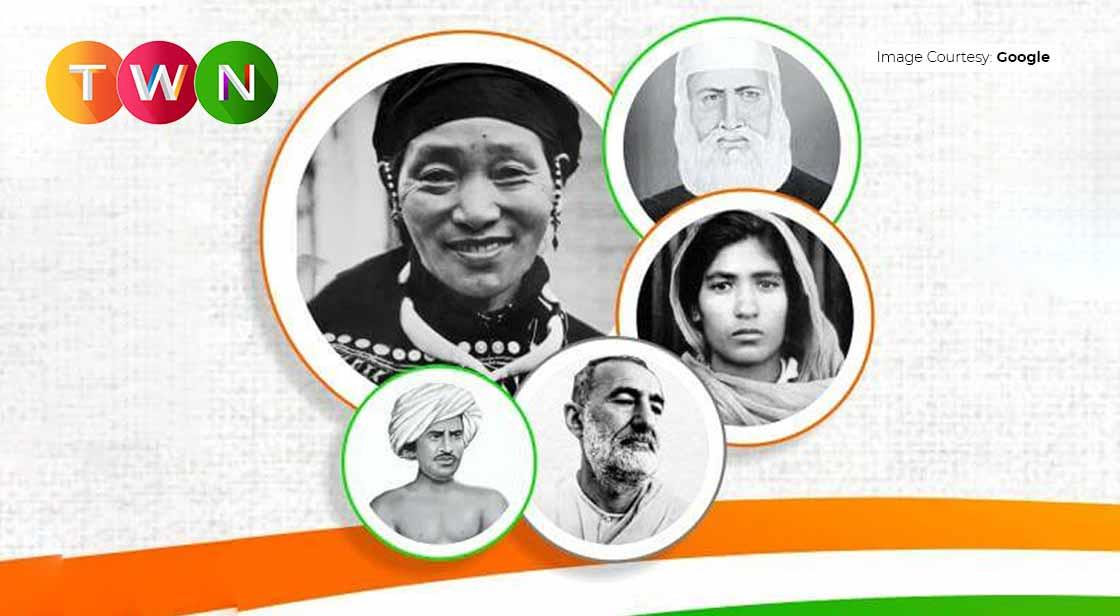 Indian freedom struggle is one of the biggest human rights struggles across the world, involving tons of brave activists and political leaders. Many of the freedom fighters have gone on to become famous faces of India, but many have also been forgotten. Today we’ll learn about 5 important freedom fighters we all should know about. #ThinkWithNiche.

India's freedom struggle is perhaps one of the largest and dramatic freedom struggles across the world. Expanding over a period of almost 100 years, India's freedom struggle was a massive human rights struggle involving countless activists and political leaders. Some of them went on to become popular figures like Gandhi, Jawaharlal Nehru, Babasaheb Ambedkar, Chandrashekhar Azad, etc. while some faded into oblivion. That's the sad reality of today. The people who once put their life at risk for this nation have conveniently forgotten them. Hence we thought that as we celebrate the 75th Independence Day, let's remember some great freedom fighters whom we have conveniently forgotten.

Birsa Munda was a powerful freedom fighter, religious leader, and folk hero who belonged to the Munda tribe of the then Bengal Presidency (now Jharkhand). Birsa's contribution to the Indian freedom struggle is massive as he leads the tribal religious millenarian movement that arose in the late 19th century. Birsa Munda died at the early age of 25 but his contribution is so massive that his legacy still stands tall. He is a powerful Dalit and Adivasi icon who mobilized the tribal people to rise against atrocities.

Khan Abdul Ghaffar Khan is another freedom fighter whose contribution cannot be measured and yet no one remembers him. He was known as the 'frontier Gandhi' and was one of the reasons behind making Britishers leaving India. Khan pioneered the famous Khudai Khidmatgar movement in 1929. This movement mobilized countless Indian Muslims to rise against the atrocities of Britishers. Khan was also among the many freedom fighters who were dead against the partition of India. After partition, he moved to Pakistan.

Helen Lepcha was born in the year 1902 in a village called Sangmoo near Namchi in South Sikkim. She was a fierce freedom fighter who was inspired by Gandhi's 'Charkha Movement'. Helen got recognition as a social activist after she partook in the relief measures that were carried out in Bihar in the year 1920 as the state was crippled with a massive floods. Impressed by her work, Gandhi invited her to the Sabarmati Ashram. She soon became an important political activist and played a huge role in the Non-cooperation movement. Her contribution is immense.

Maulana Mazharul Haque was born in the Patna district of Bihar in the year 1886. Maulana became politically active after he took part in the famine of 1897. He worked tirelessly to provide relief to the families who were struck by this terrible tragedy. Soon he became the Vice Chairman of the Bihar Congress Committee. Maulana is mostly known for taking part in the Non-cooperation movement as well as the Khilafat movement. He was also very active in the Champaran satyagraha. Maulana Mazharul Haque died in the January of 1930 before which he donated every little bit of his property. He wanted all his inheritance to be spent on educating the youth of India.

Rani Gaidinliu, popularly known as 'Rani of the Nagas', became politically active at the young age of 16. Her tales of bravado reached the ears of Jawaharlal Nehru who gave her the aforementioned title. She was born in the Tamenglong district of Manipur. She belonged to the Rongmei Tribe under the umbrella Zeliangrong tribe. Rani became politically aware of the state of India at a young age and began mobilizing her people to fight against the British by refusing to pay taxes. Such was her magnificence that even at such a young age, Rani was successful in mobilizing her people in doing so. She was captured shortly after this by the British government but her words inspired her tribe to rise against atrocities.