4 Sectors That Took A Beating During The Pandemic 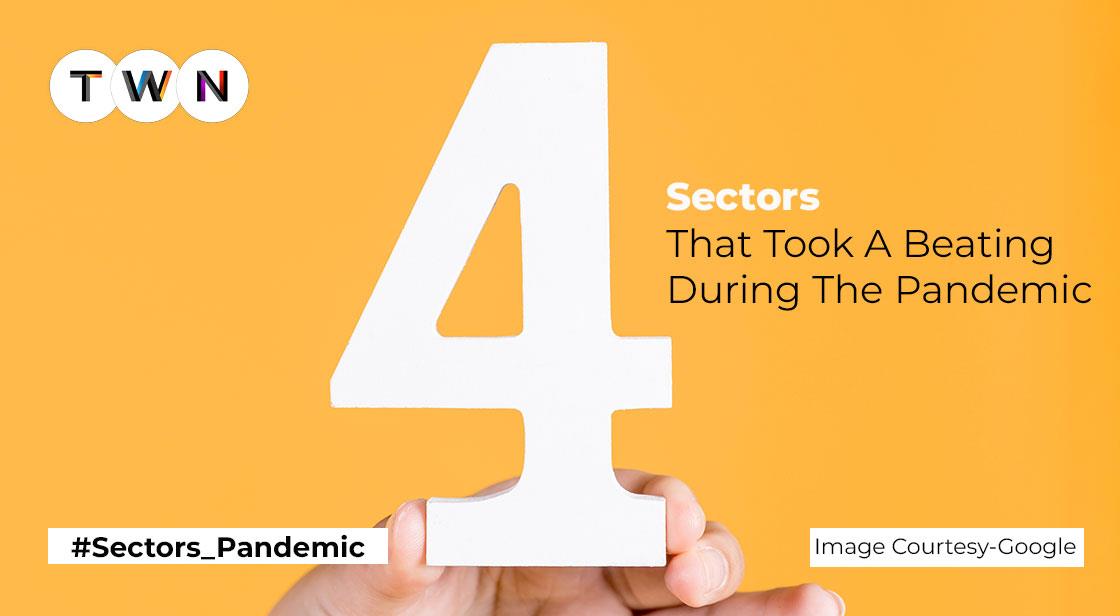 The pandemic has been cruel to many small-scale businesses but it also affected many financial sectors. Those that remained unscathed during the first wave, were hit majorly during the second wave. Let's have a look at 4 such sectors that took a beating during the pandemic. #ThinkwithNiche

The first wave of the COVID-19 pandemic left India's economy gasping for breath, and when it slowly began to recover, the second wave came crashing down on us. There were many people who lost their business. But, it’s not just individual businesses that took a beating, many important financial sectors also received hard blows during the second wave. But the real impact will only be clear once the pandemic subsides and several rating agencies conduct proper research on this. Without that, it's hard to give an exact figure of the damage.

The Government has promised some schemes and policies to break the chain of infections and control the spread so as to avoid the third wave. If God forbid, the third wave hits us, the damage would be incomprehensible. But even without that, there are many sectors that have taken such a beating during the second wave, that they are struggling to break even. Let's have a look at 5 such sectors.

The hospitality sector got severely hit by both the waves of the pandemic due to all the COVID-19 restrictions and lockdown. Since this sector consists of public spaces such as hotels, restaurants, bars, bed and breakfasts, pubs, nightclubs, etc. which were completely shut down for more than a year. Since the hospitality sector contributes a large portion of India's GDP, its setback put the whole country's economy on the back foot. Many businesses have closed down and many are functioning at no profit.

The inclusion of this sector shouldn't come as a surprise since countries were on lockdown and nobody was allowed to enter another country. Airports were shut down and flights were canceled for a long time. One of the reasons why the hospitality sector took a beating is also because of the setback the tourism sector faced. Many people lost their livelihood and countless businesses shut down due to the second wave.

Since no one was making large investments during the pandemic, the automobile sector was one of the first sectors to crumble down. The sales in this sector fell sharply to the ground and many automotive companies had to let go of a huge number of employees. Many companies even had to shut down some of their showrooms across India. However, many economists suggest that the automobile sector will likely recover during the second quarter of the year.