WhatsApp Is Working On a 'Chat Transfer' Feature 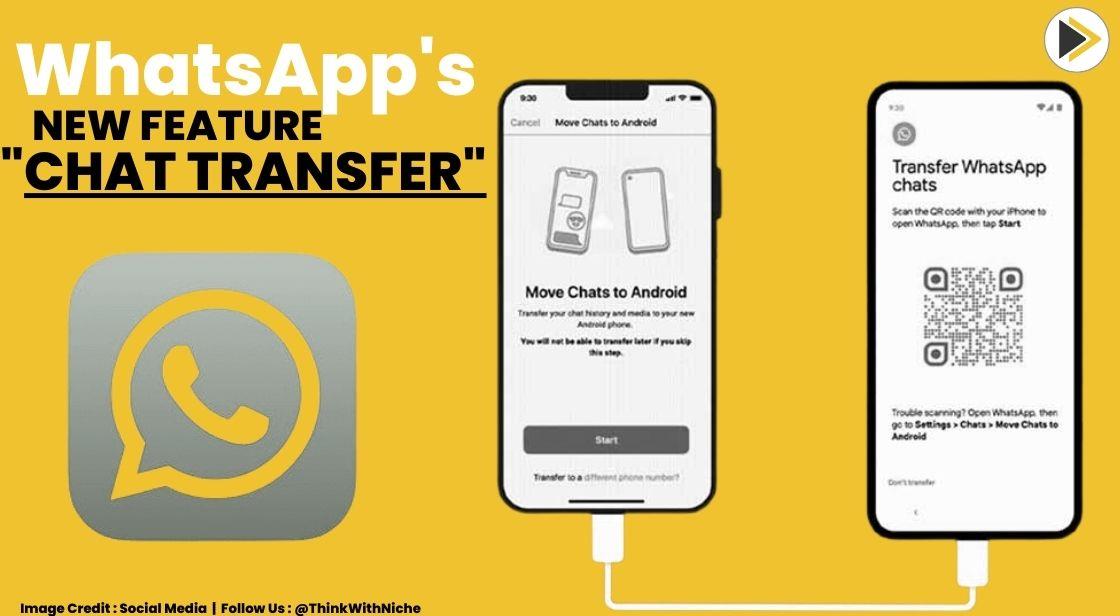 Without utilising Google Drive, scanning a QR code from an old phone to a new one. As a result, you can download your chat directly to another device without first backing it up on Google Drive.

The feature will provide you more control over migrating your chats and texts, says WABetaInfo. The function is currently being developed and might soon be made accessible to users via an update.

Because it transfers chat from within the application rather than requiring the usage of another application, this capability may be useful. Additionally, it will facilitate and speed up the transfer of messages between devices.

How the feature operates

On both Android devices, open WhatsApp.

When WhatsApp asks to move chats from the old phone, select "continue".

Use the old phone to scan the QR code on the new device.

Android users will be able to transfer chat by using a function that WhatsApp has been developing.

The chat history will begin to move to the new phone after scanning.

To start the transfer process, users might need to agree to a few device permissions.

Additionally, this functionality will only function on Android smartphones; it is unclear if it will ever work on iOS devices.

The function is presently being developed, and a release date for users is unknown. When the functionality launches, we'll keep you informed.

In the meantime, the most recent update to the Meta-owned messaging app includes a new function called "Message Yourself" that enables users to speak with themselves just like they would with anyone else. Although the feature was previously released in beta, it is now available to iOS and Android users. Because it enables WhatsApp users to send notes, reminders, and updates to only themselves, the new feature is quite helpful. Users can also share documents, photographs, videos, and audio from the gallery or file manager of their phone directly to chat.