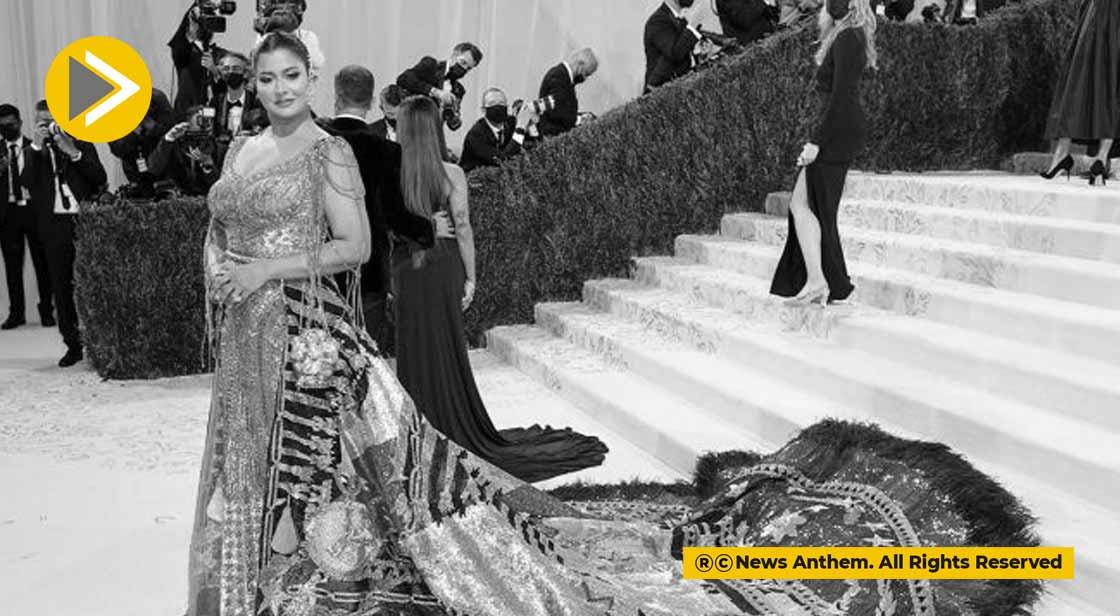 The Met Gala 2021 back on September 13 after a gap of a year and a half and it was just as beautiful as always. The night honoured famous American designers and their influence throughout the history of fashion under the subject in America A Lexicon of Fashion.

Sudha Reddy who we can safely claim was the only Indian at the event this time made a beautiful debut while celebrities from all over the world walked the red carpet.

A philanthropist Sudha Reddy is the wife of Indian businessman Megha Krishna Reddy. She acknowledged the creativity of American fashion with a stunning dress created by the top fashion design team Falguni Shane Peacock and highlighted with diamond jewellery by gem expert Farah Ali Khan.

Sudha Reddy an art and fashion fanatic is the first Telangana non film luminary to be invited to the international event. Previous editions of the event have been graced by Indian celebrities including Priyanka Chopra, Deepika Padukone, Isha Ambani, and Natasha Poonawala.

Sharing her experience It is always a special time to represent your nation says Sudha Reddy to Outlook. I'm happy that I was given the opportunity to represent my country and its culture on a big stage. I decided to represent India by wearing local designers like Falguni Shane Peacock and Farah Khan Jewels at the Met Gala. I would want to thank everyone for their support after the love and warmth I have experienced over the past 24 hours.

She says it was a truly unique and incomparable experience! It is an honour to be invited to such a major global event where different brains come together for philanthropy a cause bigger than themselves. It was a really productive trip for me since I was able to speak with so many famous people. Some of them are quite eager to explore future socioeconomic welfare programmes in partnership with the Sudha Reddy Foundation.

India is the land of natural beauty, taking pride in the global map. Philanthropist Sudha Reddy turned all heads as she made her stunning debut at the 2021 MET Gala Red Carpet. While everyone's gaze was stuck on her, she dazzled the floor in an haute couture ensemble with intricate details by renowned designers Falguni and Shane Peacock. Apart from her heavy attire, she was tossed in impressive jewellery pieces. Sudha is the wife of billionaire businessman Megha Krishna Reddy. Sudha Reddy happens to be the first person hailing from Hyderabad with absent ties to the film fraternity. Though there were eerie similarities between Priyanka Chopra's previous MET Gala look, Netizens did not stop from appreciating Sudha's bold statement in any way. This is the second time during the midst of a pandemic that Hollywood's legendary fashion event stunned the audiences worldwide. Though celebrities faced major backlash for making public appearances without face masks, they equally enjoyed having a glimpse of their favorite celebrities in vague ensembles. Other International female figures who caught public attention and media frenzy were model Gigi Hadid, Kendell Jenner, Kim Kardashian, Lil Nas.