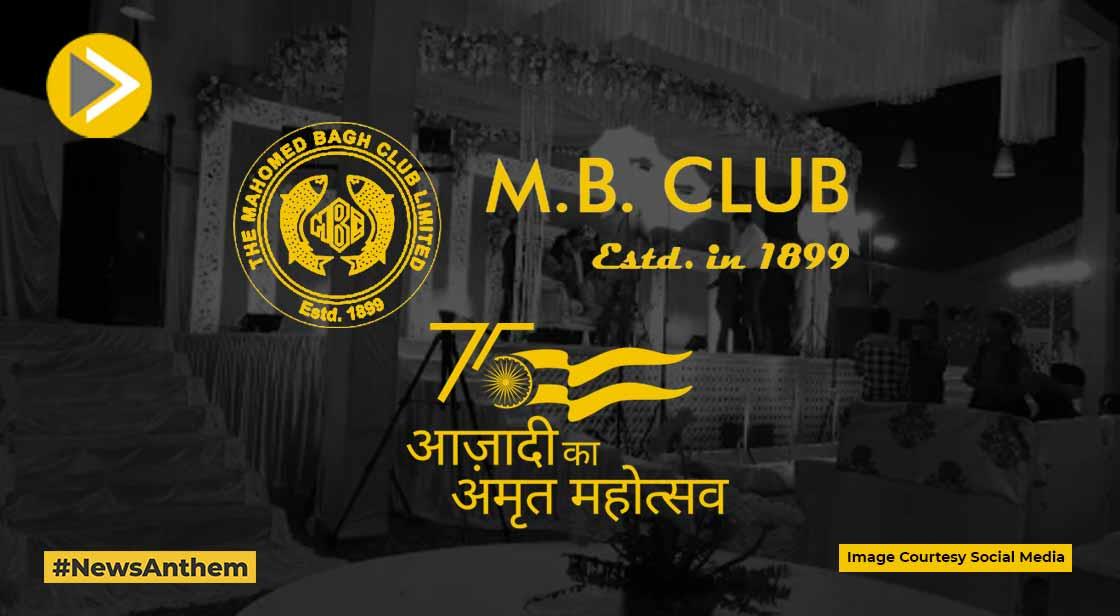 During the Management Committee Meeting held on 16 Jul 2022, the Chairman of Mahomed Bagh Club requested the members to celebrate 11 Aug 22 to 17 Aug 22 as "Bharat ka Amrit Mahotsav".
The following is proposed to be done during these days:
- Implement the "Har Ghar Jhanda" objective.
- Honour all members who were members of the club and were martyred during the struggle for independence, 1945, 1962, 1965, 1971, Sri Lanka operation, Kargil operation, internal security Operations, Naxal operations, or any operation where they sacrificed their lives. Names are requested from members who know such members.
- Club to organise functions to Celebrate 75 Years of Independence from 11 to 17 Aug 22.
- Keep the club open on 15 Aug 22. ( Normally, the club is closed on Independence Day).
- Organise function for employees on 15 Aug 22.

The Mahomed Bagh Club's history is intimately linked with Lucknow's; for generations, the MB Club has been associated with the city's splendour. One of the most well-known "A" grade residential club teams, among the traditional clubs that were established by the British who introduced the club culture to the country, is located in the greenest part of the city, with plenty of natural beauty and open spaces. The club has maintained its old-world dignified charm over the years while adopting modern facilities.

On February 4, 1899, the British Army established MB Club as a company limited by guarantee, which is currently a Section 8 company in accordance with the Companies Act of 2013.

A little bit about the history of MB Club Membership:

Mahomed Bagh Club Ltd. once only allowed officers of the Defense Services to join. The club began allowing officers of the Civil Services, Talluqdars, members of the Feudal class, and other prominent citizens to join in 1947. Only Temporary Membership was granted to the ICS & IPS cadre. The number of civilian members increased gradually with permanent membership being allotted to all members who are eligible for the same.

Some of the Affiliated Clubs in India and Abroad include:

The other Famous Clubs in the Lucknow region include: