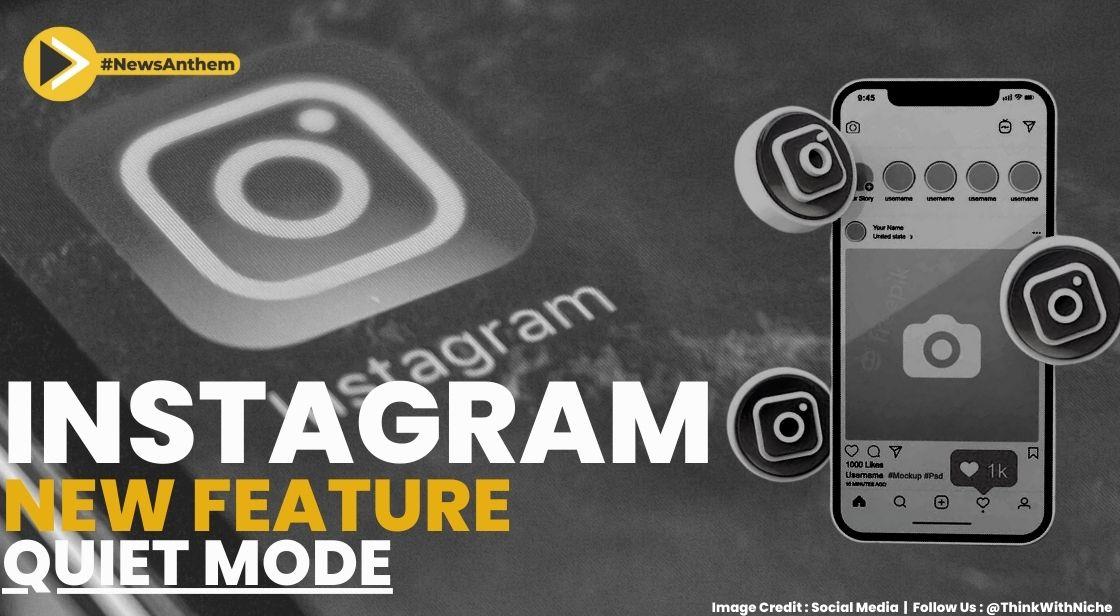 According to a post by Meta, the parent company of Instagram, users who use the feature won't receive notifications, their status will change to notify other users that they're in Quiet Mode, and Instagram will automatically react to anyone who directs messages them.

The user will receive a list of all the notifications they missed after turning off the feature, according to Meta.

According to a blog post on Meta's website, the feature "help people focus and to encourage people to set boundaries with their friends and followers,"

Instagram will ask youngsters who use the app frequently to select Quiet Mode at night even though the feature is open to users of all ages.

"Teens have told us that they sometimes want to take time for themselves and might be looking for more ways to focus at night while studying and during school," according to a statement on the Meta website.

Young people's daily screen time has rapidly expanded during the last few years. According to a Common Sense Media survey, overall screen use among teens and tweens increased by 17% between 2019 and 2021.

According to TechCrunch's analysis of a study by Data.ai, Instagram is the most popular app among 18 to 24 year olds. Features like "Quiet Mode" demonstrate that platforms like Instagram have taken notice of the increase.

Instagram's "nudges" feature, which alerts users when they are spending too much time on a certain topic—particularly appearance comparison—was added in June.

Additionally, it will indicate that you are using the feature by adding an "in quiet mode" status to your profile. When you come back to the platform, it will also provide you with a list of any alerts you might have missed. You may schedule specified times when the feature is automatically switched on, just like Quiet Mode on Facebook.

The introduction of Quiet Mode coincides with Instagram coming under increasing fire for its impact on young people's mental health, particularly teenage girls. Internal data published by Facebook whistleblower Frances Haugen in 2021 showed that the company had discovered that kids who were "addicted" to the app and that 1 in 3 girls who use Instagram have worsened body image issues.