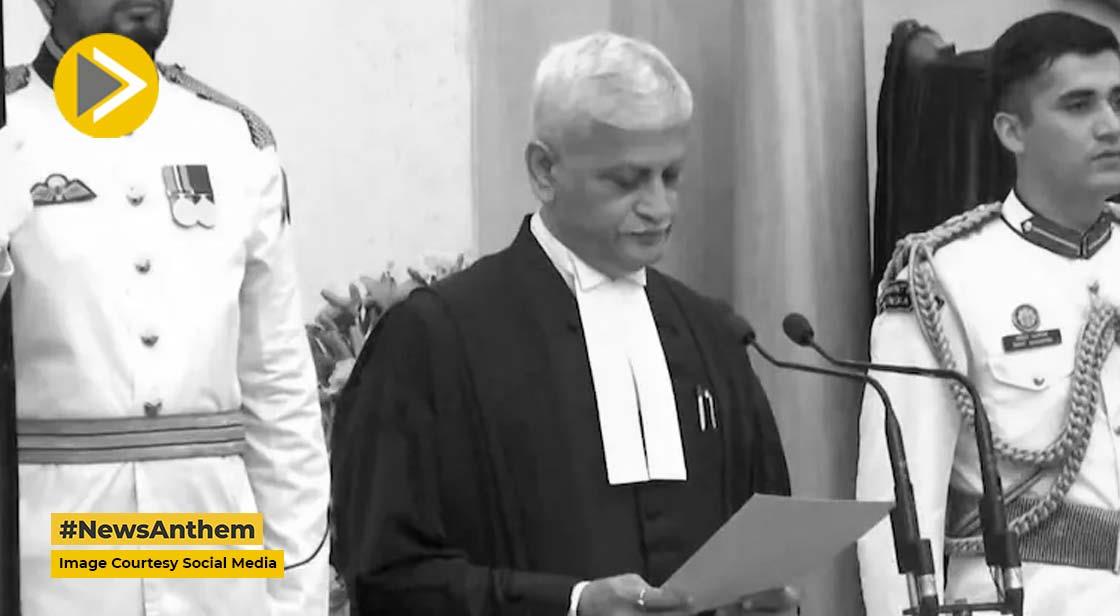 On Saturday, Justice Uday Umesh Lalit took his oath of office as the 49th Chief Justice of India. In a ceremony conducted at Rashtrapati Bhavan, the oath of office was given by India's President Droupadi Murmu. Prime Minister Narendra Modi, Vice President Jagdeep Dhankhar, and Union ministers attended the occasion. Justice NV Ramana, Justice Lalit's predecessor, was also present when he took the oath of office.

On the eve of taking over as CJI from outgoing CJI NV Ramana, Lalit outlined three goals he would work to achieve during his 74-day term. Lalit identified three areas for his future work. These include listing cases for hearing in the Supreme Court, highlighting urgent topics, and ensuring that at least one constitution bench is active throughout the year.

After serving as the CJI for less than three months, Justice Lalit will step down on November 8 of this year. Supreme Court justices can begin to retire at age 65. In August 2014, he was promoted directly to the Supreme Court from the Bar, making him just the sixth lawyer to receive such an honor.

Initially, as a lawyer and then as a judge, CJI Lalit has played a significant role in the jurisprudential development of the nation since enrolling as an advocate in June 1983. His father, U R Lalit, served as a second judge on the Bombay High Court's Nagpur bench.