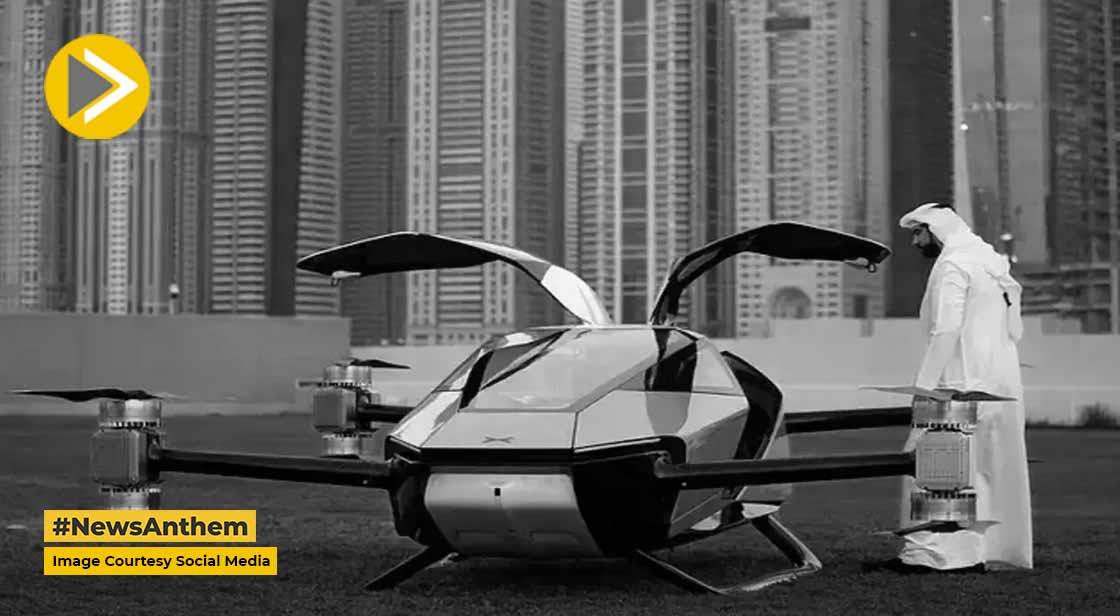 Everyone has fantasized about traveling close in a flying car. Due to the amount of traffic on the roads on a daily basis, the time when people start traveling in flying cars is not far off. Recently, a Chinese animated video included this futuristic technology, which one day would transport people around cities well above any traffic. To reduce traffic and carbon emissions, a Chinese company tested an electric flying taxi in Dubai. The XPeng X2, created by the aviation division of the Guangzhou-based XPeng Inc., is one of the flying car concepts currently being worked on throughout the world.

It will probably be years before any are really put into use, given only a small number have undergone successful passenger testing. Despite the fact that the company claims to have tested manned flight in July 2021, this demonstration used an empty cockpit.

Are you aware that this sveltely designed vehicle, which can accommodate up to two passengers, gets its power from its eight propellers? The company claims that it has a top speed of 130 km/h (80 mph). eVTOLs, or electric vertical takeoff and landing vehicles, could enable quick point-to-point personal travel in contrast to aeroplanes and helicopters.

In the future, people might travel to the city in pilotless cars that fly above crowded roads. The primary challenges for the sector continue to be battery life, air traffic control, and safety, as well as infrastructure issues.

According to Union Aviation Minister Jyotiraditya Scindia, eVTOL urban air transportation will be available throughout the entire country once testing in the United States and Canada is complete.