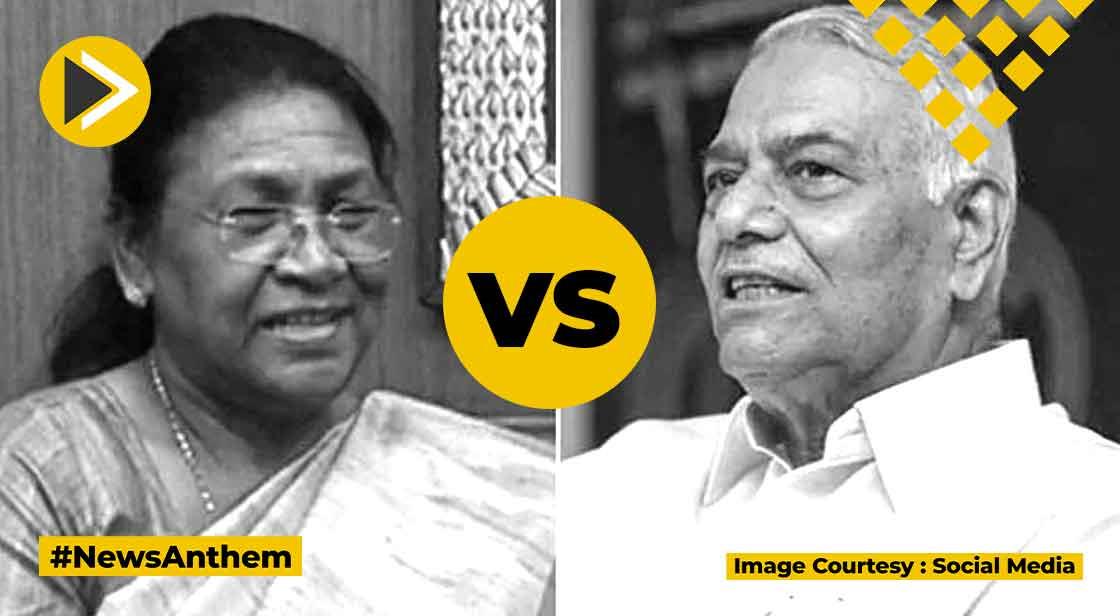 The election for India's 15th President will take place today among almost 4,800 elected MPs and MLAs, with Droupadi Murmu of the National Democratic Alliance (NDA) clearly leading Yashwant Sinha of the opposition with more than 60% of the vote predicted to be cast in her favor. Voting will take place at state legislative assemblies and Parliament House, where ballot boxes have already arrived.

On July 21, ballots will be counted at Parliament House, and on July 25, the new President will take the oath of office.

Murmu is expected to receive about two-thirds of the vote thanks to the backing of regional parties including the BJD, YSRCP, BSP, AIADMK, TDP, JD(S), Shiromani Akali Dal, Shiv Sena, and now the JMM. She would hold the top constitutional position for the first time as a woman from the tribal community.

After receiving backing from several regional parties, the National Democratic Alliance (NDA) nominee now has more than 6.67 lakh votes out of a total of 10,86,431 votes. Members of state legislative assemblies and elected MPs make up the electoral college that uses the proportional representation system to elect the president. Members of legislative councils, MPs, MLAs, and MLAs who have been nominated are not eligible to vote in this election.

Due to Jammu and Kashmir's lack of a legislative assembly, a member of Parliament's vote in this presidential election is now worth 700 instead of 708 points. Each MLA's vote has a varying weight in various states. Each MLA's vote is worth 208 in Uttar Pradesh, 176 in Jharkhand, and 174 in Tamil Nadu.
Maharashtra's is 175 miles.The number of votes cast for each MLA in Sikkim is seven, compared to nine in Nagaland and eight in Mizoram.

The opposition camp had contacted Gopalkrishna Gandhi, the grandson of Mahatma Gandhi and a former governor of West Bengal, as well as NCP supremo Sharad Pawar before choosing Sinha, a former Union minister and a BJP politician.

Before selecting Sinha, a former Union minister and BJP leader, the opposition camp approached Gopalkrishna Gandhi, the NCP's Sharad Pawar, and Farooq Abdullah, the National Conference's leader, to run in the election. Gopalkrishna Gandhi is the grandson of Mahatma Gandhi and a former governor of West Bengal. Sinha, the vice president of the Trinamool Congress at the time, was chosen as the opposition's candidate as a result of their decision not to participate in the election contest.

The voter must indicate their preferences for the candidates by placing the numbers 1, 2, 3, 4, and so forth next to the candidates' names in the space provided in column 2 of the ballot paper. This is the rationale behind the absence of electronic voting machines in the current election as well as those for the legislative council, Rajya Sabha, and vice president. The EVMs are based on a technology that allows them to aggregate votes in direct elections for state assemblies and the Lok Sabha.

Election Commission guidelines state that whereas MPs will receive a green voting paper, MLAs will receive a pink ballot paper. The returning officer can determine each MLA and MP's vote worth thanks to distinct colors. The EC has provided voters with a specially crafted pen with violet ink so they can mark their ballot papers in the presidential election while still maintaining voting confidentiality.