Tesla Gets Investigated for in-car Game-play in USA 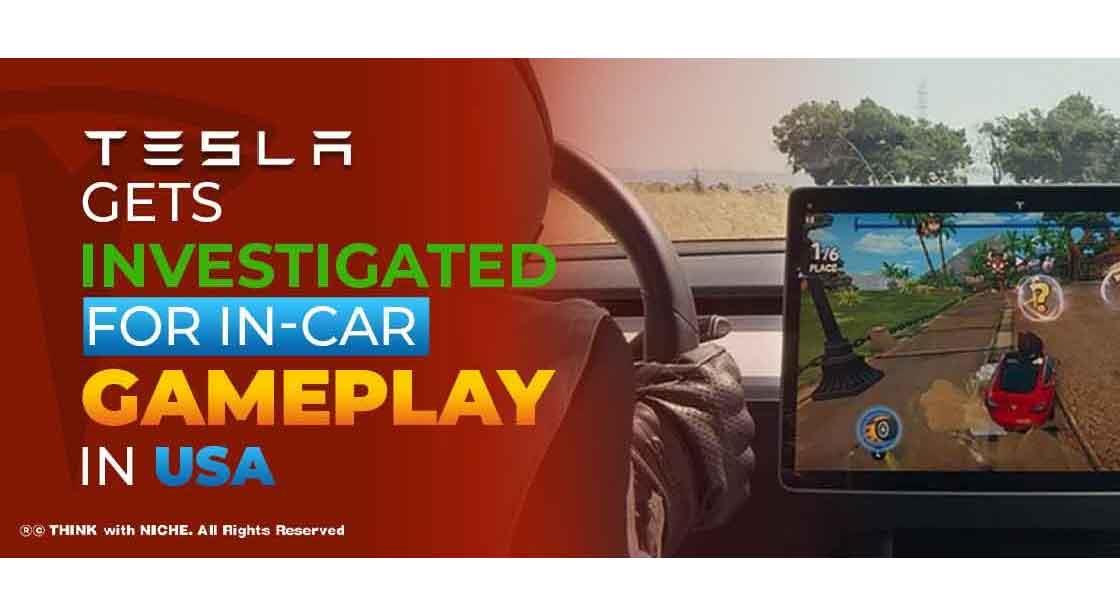 Tesla has added in-car gameplay in its new models. The EV maker is now getting investigated by the US safety body. More than half a million Tesla cars, which are equipped with touchscreens will be investigated in the USA.

The US National Highway Traffic Safety Administration (NHTSA) is looking into the Tesla models made from 2017 till now. The complaint includes that the gaming feature does not include any type of warning and does not mention ‘only for passengers’.

It also does not require any type of confirmation before allowing gameplay. The feature has been available in Tesla cars since 2020, but earlier it was only available to play in parking mode.

The agency has published guidelines in 2013 recommending that the vehicles should not have any sort of in-vehicle devices for the use of drivers. The complaint was filed by a user who found out about the feature called Passenger Play.

The complaint was filed after Vince Patton spotted a video on YouTube showing how the feature can be used by the drivers as well. After seeing the video he filed a complaint with the NHTSA calling the new feature, “recklessly negligent.”