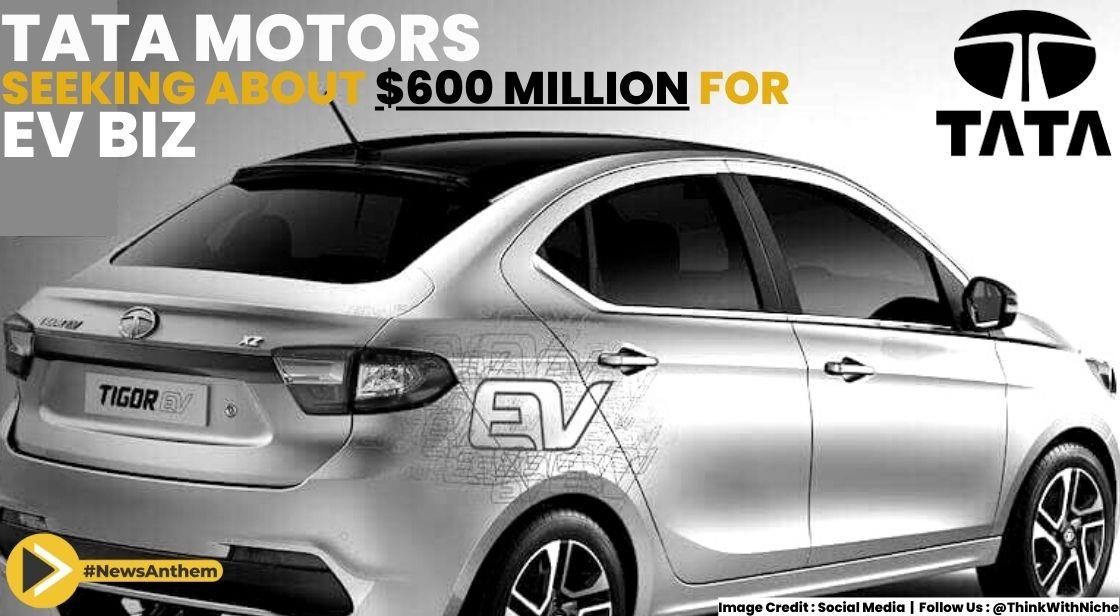 Just over a year after receiving $1 billion from TPG's Rise Climate Fund and Abu Dhabi state holding company ADQ, Tata Motors is in discussions with global investors to raise at least $500-600 million more for its rapidly expanding electric vehicle business, according to people with knowledge of the situation.

According to the sources, Tata Motors is seeking a premium of 15% to 20% over the last round's valuation of $9.1 billion for Tata Passenger Electric Mobility Ltd. That would result in the business, which it had formed as a subsidiary in late 2021, having a valuation of up to $10.9 billion.

According to top executives familiar with the matter, the intervention is a part of an ambitious plan by the market leader in electric passenger vehicles to raise significant sums of money from both internal and external sources to support its growth plans through product innovations, particularly of EV platform.

In addition to approaching well-known investors and impact funds, sovereign wealth funds from the Middle East, Korea, and Singapore, as well as Canadian pension funds, the company is working with advisor Morgan Stanley to get the funding.

A few of the classic buyout funds have financial reserves set aside specifically for the energy transition.

“Several new pedigree investors are keen to be part of the new narrative at Tata Motors. The company is actively working on the combination of external and internal funds,”  An executive stated that “Interest for funding in the EV space has picked up significantly and the company is evaluating the options.”  According to a source in the know, the conversations with potential investors are in their embryonic stages, and non-disclosure agreements are being signed. Depending on investor interest, the company might raise its fundraising goal, according to another source. However, other analysts cautioned that the premium requested might end up being pricey.

With the Nexon and Tigor EVs with a more than 80% market share, Tata Motors became the first automaker in the nation to sell 50,000 electric passenger cars annually in 2022. According to an executive familiar with the company, sustainability is a key component of Tata Motors' tech-driven growth and advancements.  “So, funds to support this growth will be made available to the management and the clear directive is this time Tata Motors should not miss the bus and instead be ahead of the curve. Availability of funds will not be an issue, the balance-sheet is today strong enough to attract good investors.”

In order to deliver the balance sheet and obtain growth equity for expansion, Tata Motors is anticipated to sell a part of the shares it now holds in the unit and issue new shares to investors. According to a company presentation, Tata Motors' net automotive debt for the first half of fiscal 2023 was Rs 59,900 crore. This included leases at Rs 7,800 crore, working capital debt of Rs 19,900 crore, and external debt of Rs 32,200 crore.