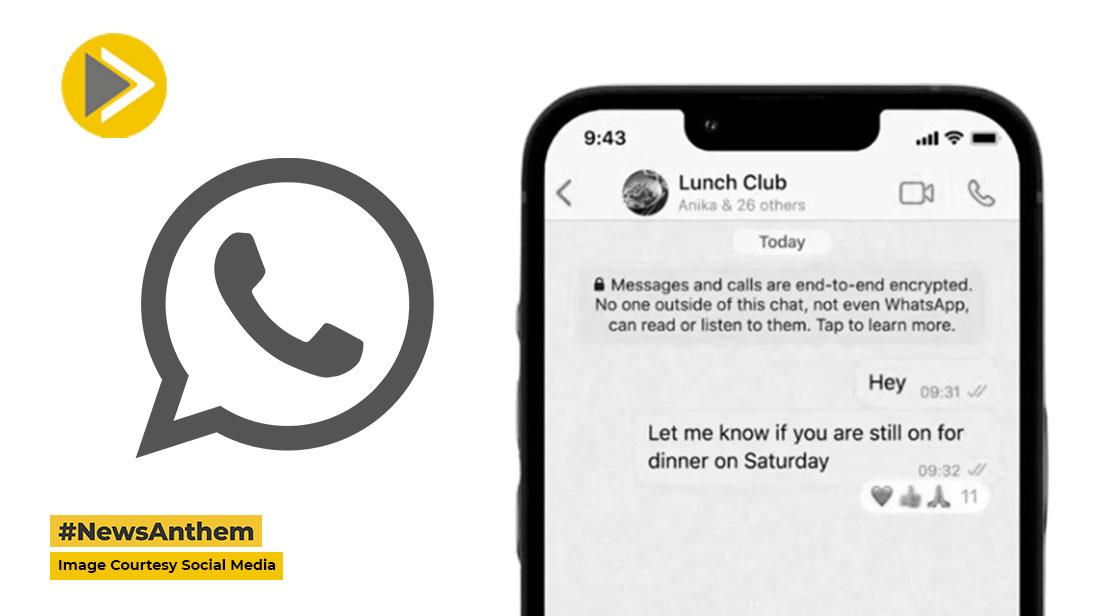 Within the conversation list, WhatsApp is now putting out a reaction preview. Only a select number of beta users will get access to the update. The latest update, which raised the version number to 22.18.0.71, was submitted through the TestFlight beta programme, according to WABetaInfo.

A screenshot of the functionality was also provided on the page. Even when someone within the chat list responded to your status, a text preview might be viewed within a conversation cell. Notably, even if you have "response notifications" turned off in WhatsApp Settings > Notifications, there is no option to stop this function, according to WABetaInfo. Some Android beta users of the instant messaging software last week received the option to read status updates within the conversation list. In the upcoming weeks, the functionality will be made available to additional people.

The "status responses" function for the instant messaging app was just announced. Users may now respond to a message status with eight emojis thanks to this innovation, including Smiling Face with Heart-Eyes, Face with Tears of Joy, Face with Open Mouth, Crying Face, Folded Hands, Clapping Hands, Party Popper, and Hundred Points.