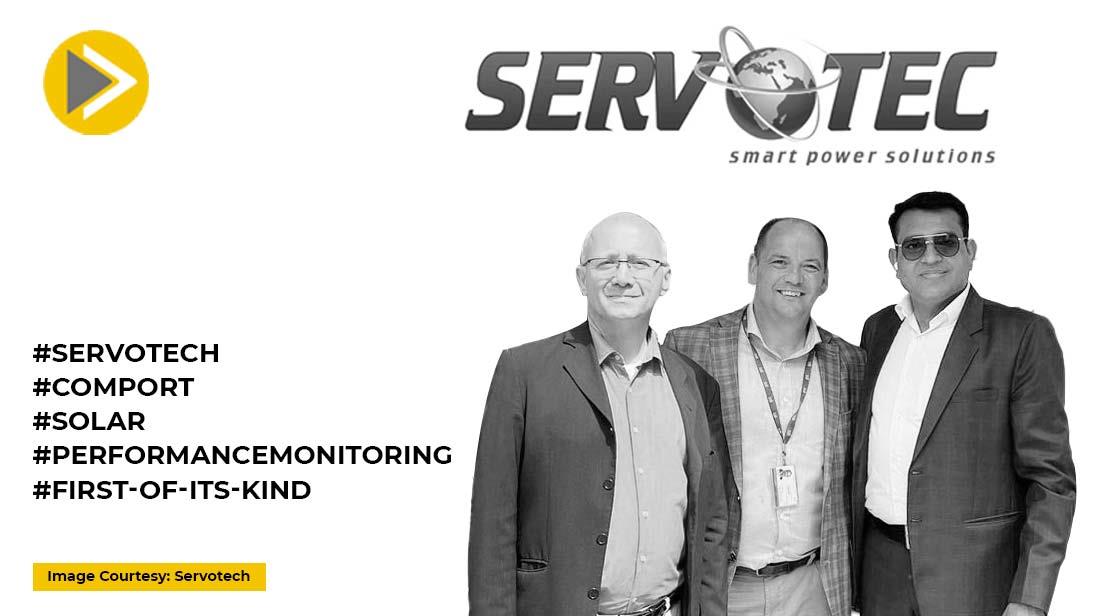 Servotech Power Systems has developed a first-of-its-kind Solar Performance Monitoring & Controlling Device in association with the German Development Agency, Deutsche Gesellschaftfür Internationale Zusammenarbeit GmbH (GIZ). This device, dubbed as ComPort, has been successfully tested with the portable solar system PV Port at the EUREF-Campus in Berlin, Germany. A revolutionary breakthrough in its class, ComPort can be integrated into any Domestic Offgrid/HyBrid solar system and turn it into a smart solar system. Additionally, a portable solar system the PV Port has been also erected at the same campus.

Specifically built to make users more aware about how well their solar systems are working, this mobile app-controlled device can make available a number of system insights to their fingertips. The impetus to this innovation comes from various researches which point in the direction of most solar systems turning out to be underperforming.

The device can monitor, control, and report input/output voltage, battery charge/discharge, and solar power generation. Through app also keeps track of previous results to enable comparison. The device is developed on DIY-concept and can be easily installed into any domestic solar system. It also offers data interfaces for third-party O&M companies to combine and analyse data.

Conversely, the development of the PV Port & Comport is a project under a bilateral Indo-German program implemented by the GIZ. It will contribute to the wider implementation of solar in India and Germany, especially for the urban PV. The event was notably attended by German Green politician Bettina Jarasch, Deputy Mayor of Berlin and Senator for Environment, Mobility, Consumer and Climate Protection, who quoted, “At least 10 PV port should be installed at Friedrich Strasse (Frederick Street) to reduce public car traffic and enable a public free solar-powered charging station.”

Present at the testing, Servotech’s Founder and Managing Director Raman Bhatia commented, “We are proud to develop ComPort which is a first-of-its-kind universally applicable instrument that can be integrated with any off-grid and hybrid inverter and empower users who have applied solar solutions to get the most out of these systems. Features such as DIY-friendly installation, remote power scheduling, and minimised energy costs, make this device the perfect solution leading to optimised solar system performance. Further, we have also filed multiple patents for the device.”

Additionally, GIZ’s Principal Advisor, JoergGaebler remarked, “the Pilot PV Port now installed and commissioned at EUREF-Campus will allow further study in the installation of urban PVs across different user segments, contributing to the global endeavour against climate change and dependency on fossil fuels.”