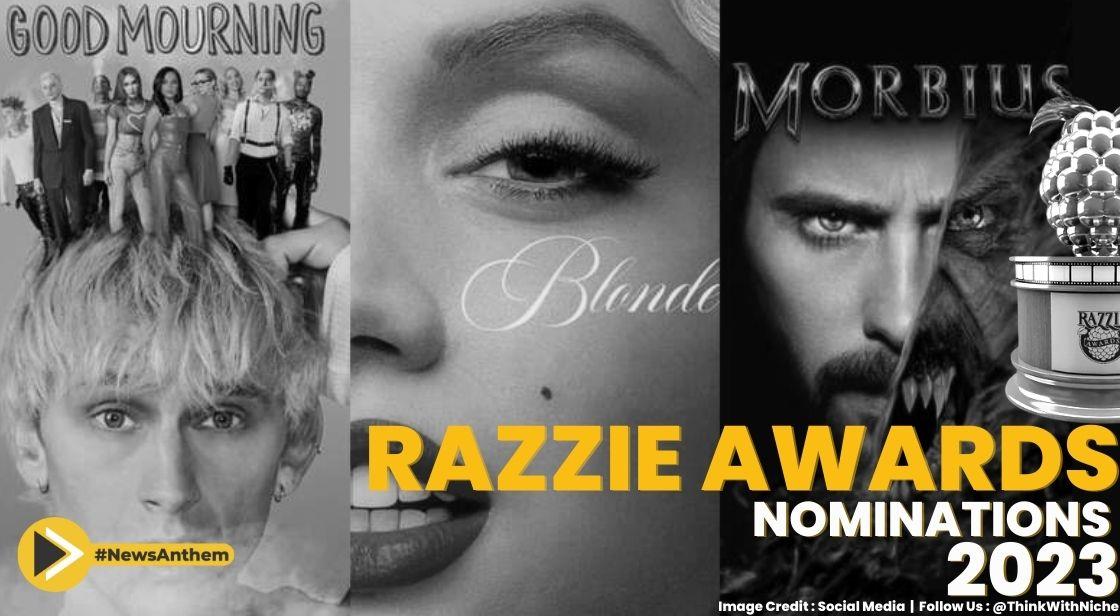 The nominations for the annual Razzie Awards, which celebrate the worst examples of cinematic failure, are now out. The "ugly cousin" of the Oscars, it is frequently known as the Razzies. The most nominated films this year are Blonde, Good Mourning, and Pinocchio, with Tom Hanks and Pete Davidson receiving bad reviews.

The night before the largest entertainment Oscars, the Razzies reveals its winners. Blonde, a biopic of Marilyn Monroe, got eight nominations, which is the most of any film this year.

Machine Gun Kelly's comedy Good Mourning, which received seven nods, is close behind. Tom Hanks, who won two Oscars, has received three nominations for the awards, one of which is for his role in Elvis.

The critics have so far praised Baz Lurhmann's Elvis biopic, which has won nine Bafta nominations. Austin Butler, who plays the lead, won the Golden Globe for outstanding actor in a drama film.

The Razzies' organizers refer to their awards as the "ugly cousin to the Oscars" and showcase what they consider to be the worst movies of the year. The winners will be announced on March 11—the day before the Oscars—and will be highlighted.

Six categories have been nominated for Disney's live-action Pinocchio remake, including a third nomination for Tom Hanks in the worst actor category. Additionally, it is nominated for worst film and worst remake.

The Razzie Awards state that Blonde, which stars Ana de Armas as Monroe, is a movie that movie-goers liked even less than critics did".

The Guardian criticised the movie as being "a bit much" and "full of historical distortions,  rumors and pure fictional projection" among other things. "what Ana de Armas does in Blonde is nothing short of transformative".  according to Todd Gilchrist's AV Club report.

While Andrew Dominik is nominated for worst director and is included in the category for worst screen couple, it is up for worst picture and worst script.