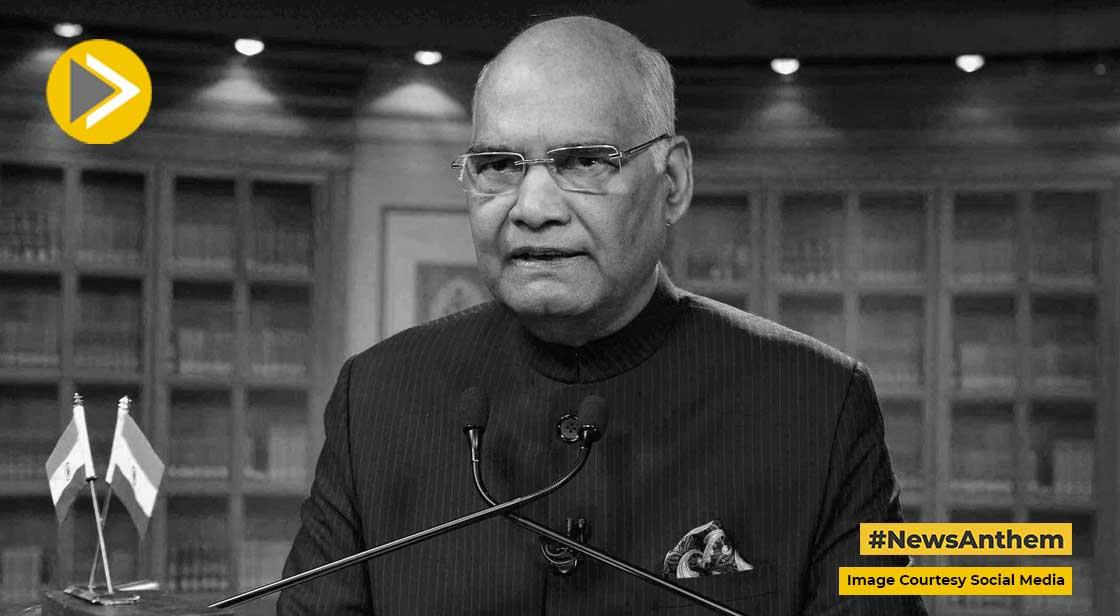 "Protect Our Environment", Says President Kovind In His Farewell Speech

Ram Nath Kovind, the outgoing president, stated in his farewell speech to the country on Sunday that Mother Nature is in excruciating pain and that the climate issue threatens the very survival of this planet. He also urged everyone to protect the environment for future generations.

Kovind emphasised the significance of healthcare and education and stated they, coupled with economic changes, will enable Indians to pursue pleasure by realising their potential. He also claimed that the country is getting ready to make the 21st century "the century of India."

In his last televised address to the nation, Kovind said, “The pandemic has underlined the need to further improve the public healthcare infrastructure. I am glad that the government has accorded top priority to this task.

“Once education and healthcare are in place, economic reforms will let citizens find the best course for their lives, he said, adding that “I firmly believe that our country is getting equipped to make the 21st century, the century of India”.

He claimed that the National Education Policy will significantly improve young Indians' ability to identify with their heritage and establish themselves in the twenty-first century.

The president specifically brought up the threat to the environment and urged everyone to protect it for coming generations.

Mother Nature is suffering tremendously, and the global warming issue threatens the planet's very future. For the sake of our children, we must take care of our environment, including our land, air, and water.“In our daily lives and routine choices, we must be more careful to protect our trees, rivers, seas and mountains as well as all other living beings. As the first citizen, if I have to give one advice to my fellow citizens, it has to be this,” he added.

The president praised the "high, noble, and uplifting" trinity of values of liberty, equality, and fraternity and warned against mistaking them for mere abstractions.“Our history, not only of modern times but also from ancient times, reminds us that they are real; that they can be realised, and indeed have been realised in different eras.

“Our ancestors and founders of our modern nation exemplified the meaning of justice, liberty, equality and fraternity with hard work and an attitude of service. We only have to follow in their footsteps and keep walking,” he said.