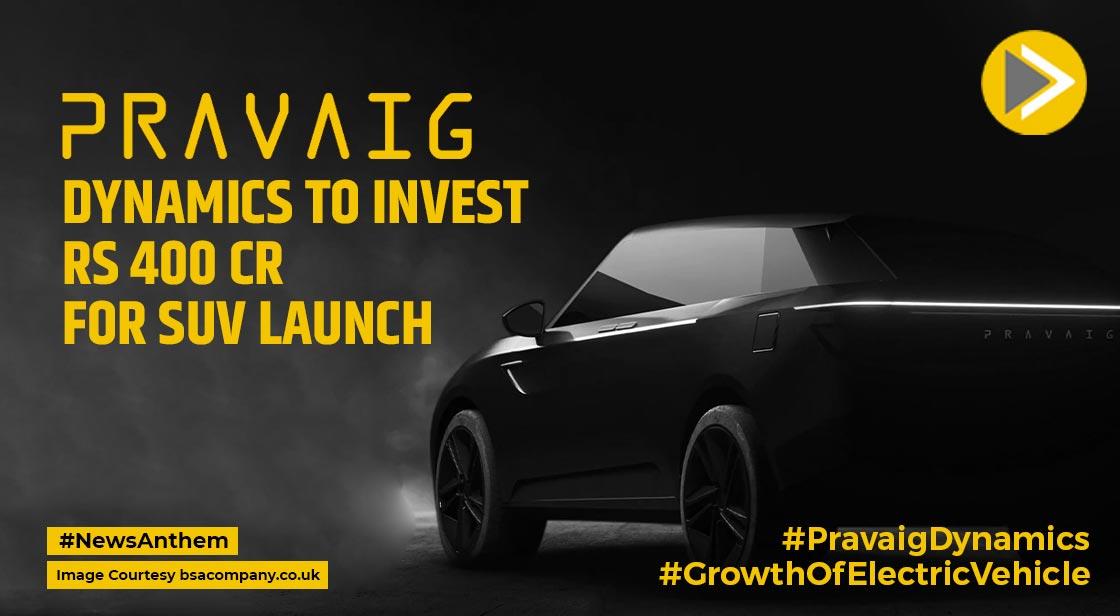 Pravaig Dynamics, an electric mobility firm located in Bengaluru, plans to invest up to $50 million (about $400 crore) to launch its first product, the SUV Defy, in the second quarter of the next year. The SUV will compete with vehicles like the Mercedes-Benz EQC and Audi e-tron.

According to Siddhartha Bagri, CEO of Pravaig Dynamics, the market for electric vehicles has enormous potential for expansion as customer awareness increases. 800 pre-orders have already been placed for the SUV Defy, which will go on sale in the Capital New Delhi on November 25. Pravaig is considering introducing two more models by 2025 to capitalizing on market potential.

The company stated that in addition to local sales, it intends to start up operations in the US and Europe within the next couple of years. By 2028, Pravaig Dynamics' sales are expected to be accounted for around 70% of international business.

According to Pravaig Dynamics, the SUV Defy has a range of approximately 500 miles on a single charge. In 30 minutes, the vehicle charges from 0 to 80%. The company claimed that, aside from cells, it sources all of its own components, allowing it to achieve localization levels of about 85%.

The company has had tremendous growth during the last 11 years. Let's take a quick look at the journey. The company established its R&D facility in Jaipur in 2011 with the goal of producing top-tier EVs for the global market. The company constructed its three prototypes in 2014.

The company built an electric drive train generation two in 2016 and tested two more recent prototypes for a total of 100,000 kilometres. Additionally, they collaborated with American AC Propulsion.

2019: The Pravaig Dynamics Pvt. Ltd. company was incorporated, a team was built, and a production and engineering facility was constructed in Bengaluru, India.