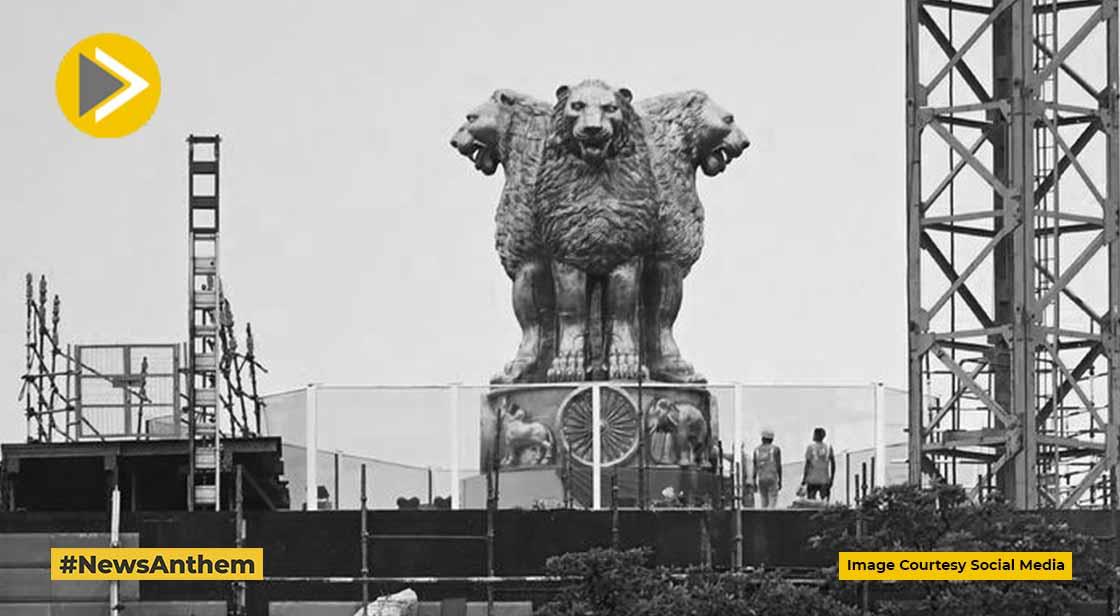 Despite criticisms about its appearance, the Indian government has stood by the design of the Indian national emblem that is placed on the top of the new Parliament building. As soon as Prime Minister Narendra Modi recently unveiled the new statue, which was adapted from an Indian sculpture, criticism from several people and opposition leaders started pouring in. As per the critics, the new lions are "ferocious" but not as depicted in their original image. Opposition leaders also criticised the government. They claimed that the new avatar of India's emblem, which was adapted from the Lion Capital of Ashoka (a sculpture that was atop one of several pillars that Emperor Ashoka erected during his reign in 250BC), was a "brazen insult to India's national symbol".

The cast of four Asiatic Lions, standing at 6.5m (21ft 3in), is mounted on a circular disc.

A federal minister has dismissed the criticism, saying that the statue was a "perfect replica" of the original, "except for its size".

Meanwhile, Sunil Deora one of two sculptors who created the statue, said the "scale" and "dimension" of the new emblem were responsible for the apparent difference in the lion’s look.

The 49-year-old sculptor said that if you view the Sarnath Lion Capital from the bottom, it will look exactly the same as the parliament emblem.