Massive Rally By Students and Officials Ahead 75th I-Day 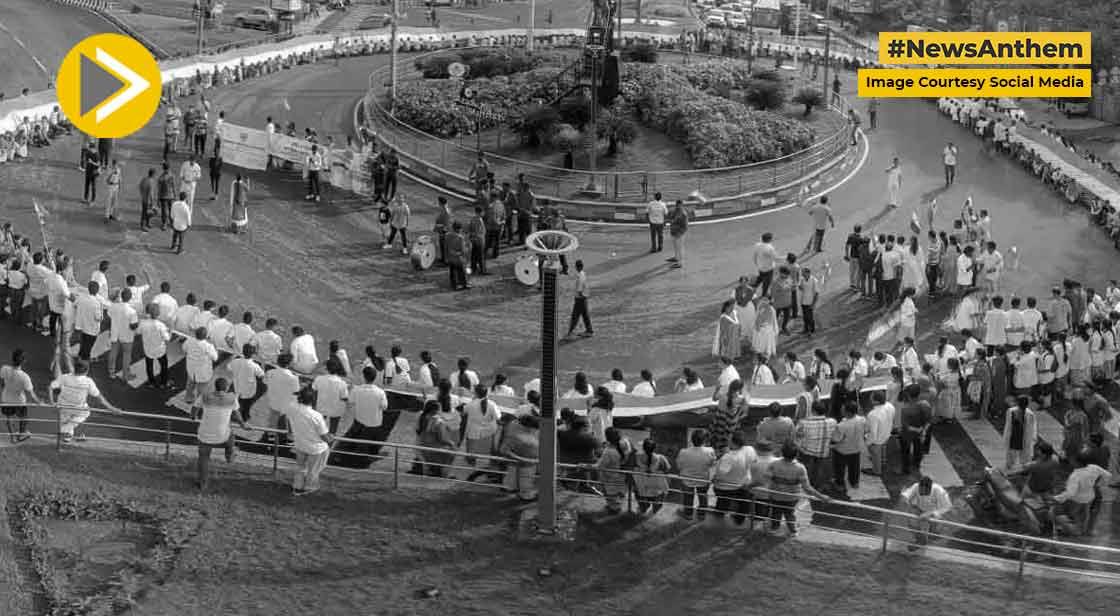 A massive rally was yesterday organised by waving a 300-meter-long national flag on the beach road in Visakhapatnam in India. A large number of officials, students, and citizens marched from Victory at Sea to Park Hotel Junction on the seventh day of the 'Har Ghar Tiranga' programme. At Park Hotel Junction, a human chain was later established.