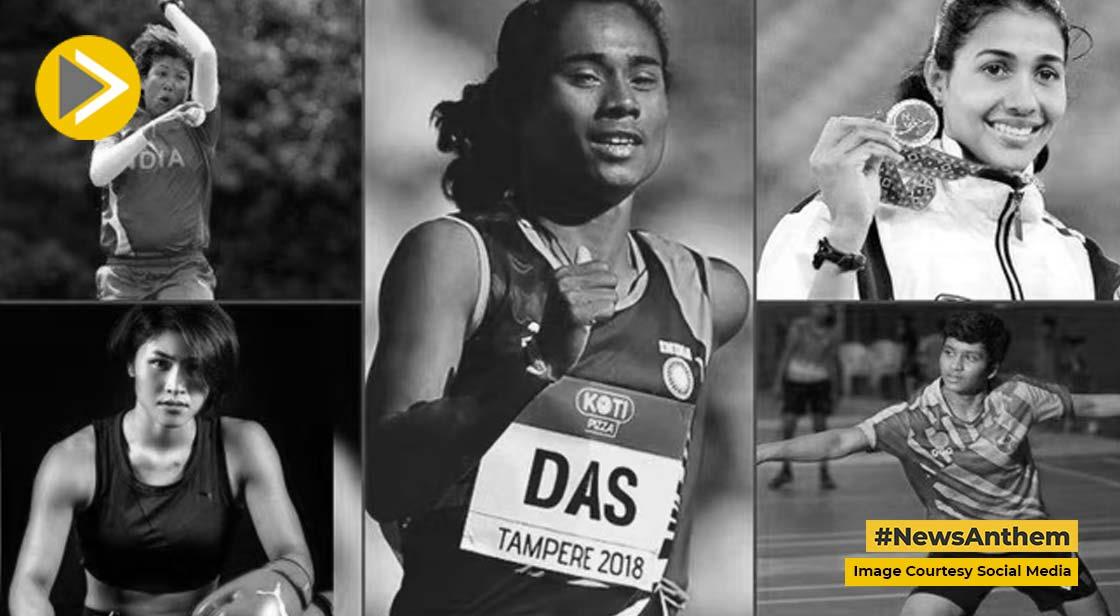 Shardiya Navratri: Mother Goddess is worshipped in many forms. Sometimes she takes care of Ganesh ji in the form of Mata Gauri, and sometimes takes the form of Mother Durga and Maa Kali to save her devotees. Mother Annapurna serves as the household's provider in the kitchen, while Goddess Saraswati is then worshipped for promoting knowledge and education. The participation of women in the country's politics, from the Administrative Sector and the Ministry of Defence to the sports world cannot be denied.

On the other hand, if we talk about the sports world, today we will talk about such women players, who have raised the value of India by representing their country. Talking about Sania Mirza, she has made a special contribution to the growth of women's tennis in India. Sania Mirza, a professional tennis player, became the first-ever Indian woman to win the Women's Tennis Association (WTA) title in 2005. Later in 2015, Sania Mirza became the first Indian woman to be ranked no. 1 in WTA's double rankings. Talking about Mary Kom, in a sport like boxing, a woman has made a place at the national and international level, which even male players cannot easily make. Mary Kom Mangete won the Women's World Championship six times.

At the same time, talking about Mithali Raj, Mithali Raj was the first woman to score a double hundred in Test Cricket (214* against New Zealand at Wellington, 2004). She was the first to achieve this landmark in the world. The achievements of Indian female badminton player PV Sindhu are no less. After becoming the first Indian woman to win a silver medal at the Olympics and gold at the BWF World Championships, PV Sindhu added another piece of metal to her glittering cabinet by winning her second straight Olympic medal - a bronze at Tokyo 2020, thus becoming the first Indian woman to win two Olympic medals. Talking about Anju Bobby George, Anju Bobby George is the only Indian player to win a medal at the World Championships in the long jump. Anju Bobby George won many national and international medals in Kerala.

In the list of Indian women's badminton players, Saina Nehwal's name is at the top due to many records. Saina Nehwal became the first Indian woman to win a medal in Badminton at the 2012 Olympic Games. Later in 2015, she became the first Indian woman to secure the no. 1 position in world rankings. Talking about Tasneem Mir, apart from Saina Nehwal and PV Sindhu, the name of other badminton players is famous in the country. Tasneem Mir has secured the first rank in Badminton in the world.