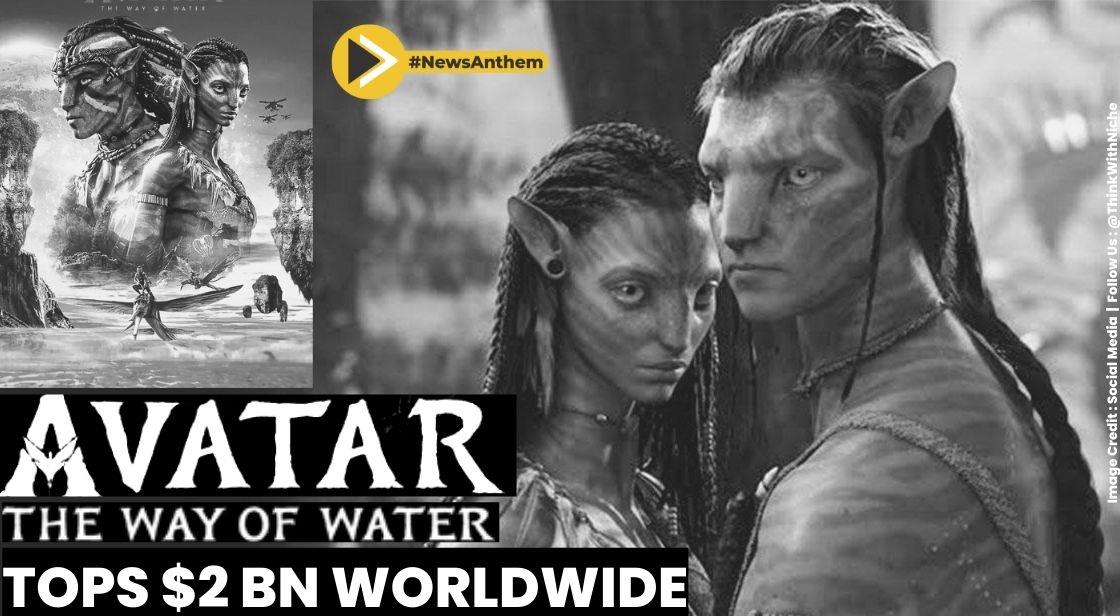 Avatar: The Way of Water, directed by James Cameron, earned a staggering $2 billion at the global box office and has since gone on to create another successful franchise for Walt Disney Co. On Sunday, the sci-fi movie made $2.024 billion at the box office, of which about $1.4 billion came from areas outside of the United States and Canada.

The figures make "Avatar 2" the sixth-highest-grossing film of all time. Cameron had previously stated that for the movie to be profitable, box office revenues must total $2 billion. According to reports, the movie had a $250 million to $350 million budget.

In the US, "Avatar 2" has so far brought in $598 million. According to Sacnilk, the movie has made a total of Rs 387.82 crore in India in terms of net collections and Rs 473.14 crore in terms of gross collections. Ten years after the events of the first film, Sam Worthington and Zoe Saldana play Jake Sully and Neytiri in "Avatar 2."

"Any time you are in the billions you are in the pantheon of top franchises."  senior media analyst at Comscore Paul Dergarabedian told a news agency.

Three of the top six movies of all time, including Titanic and "Avatar: The Way of Water," 'Avatar'  were directed by James Cameron. With $2.9 billion in worldwide ticket sales, "Avatar" is still the most successful movie ever made.

The fourth and fifth installments of the "Avatar" film series are set to arrive in theatres in December 2026 and December 2028, respectively. Meanwhile, "Avatar 3" will premiere in December of next year.