'Indian Economy Will Not Slip Into Recession' 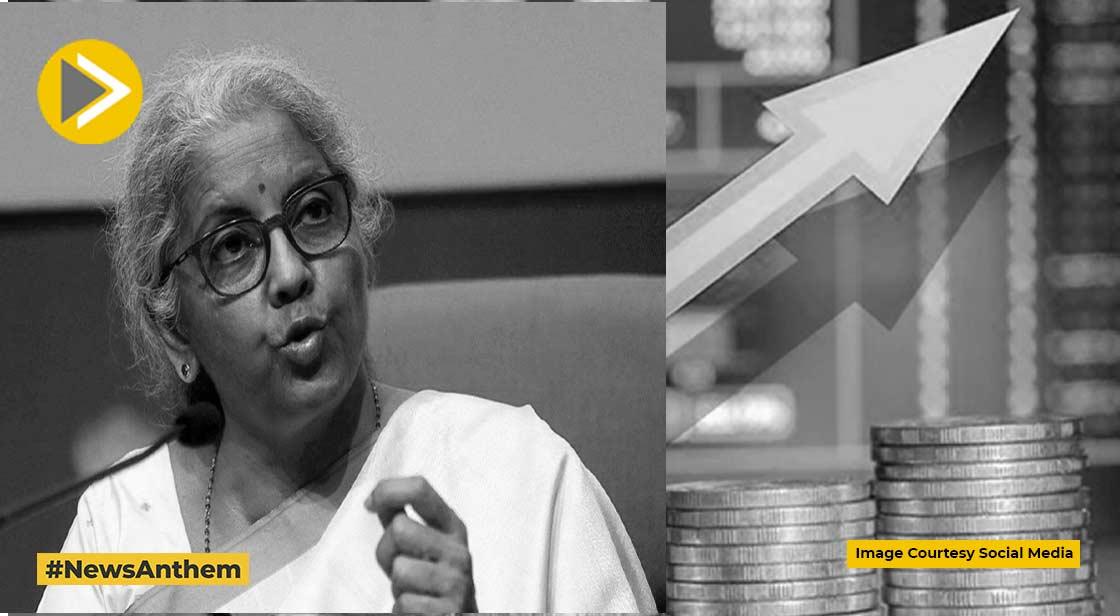 Amid increasing risk to several countries for a slowdown or recession, Indian Finance Minister Sitharaman  denied a similar situation in India.

It is not possible for the Indian economy to slip into recession or experience stagflation. However, many countries around the world are facing increased risks of either a sharp slowdown or recession, the finance minister stated on Monday, while defending her government’s economic management.

Sitharaman responded to Lok Sabha debate about price rises. She also condemned the Opposition for directly blaming the central government in imposing a 5% goods-and-services tax (GST), on labeled, and unbranded pre-packaged foodstuffs.

"There wasn't a single voice against the proposal at the (last) GST Council meeting. The minister stated that it was done to stop leakages, in response to concerns about rising prices for essential foods. She said that products such as wheat, rice, suji and puffed rice won't be subject to GST if they are sold unpacked and labeled.

"All (opposition-ruled states), including Punjab, Rajasthan and Tamil Nadu West Bengal, Telangana , Kerala, Telangana , and West Bengal, agreed with the decision," Sitharaman stated. She said that the Ukraine conflict and the pandemic have caused inflation to rise globally, and slowed down growth. She highlighted that India is in a better position than most other countries.

According to the International Monetary Fund, India's growth rate will be 7.4% in FY23, compared to 8.9% in FY22 (which was on a sharply contracted base). This is a far lower level than the inflation that many advanced economies are experiencing (inflation in America was at an all-time high of 9.1% in June), and certainly less than the UPA had to deal with in the wake of the global financial crisis.

These crises were smaller in scale than the combined effects of the pandemic, Russia-Ukraine conflict and retail inflation. However, retail inflation in the UPA period was above 9% on nine occasions. "I have no hesitation in accepting that India has inflation, but at what rate?" she inquired. For the sixth consecutive month, retail inflation has exceeded 2-6% the RBI's medium term target.

In recent months, the government has reduced fuel excise duty and also reduced import duty on many products, including lentils, coal, and nickel. To increase domestic supply, the government also increased the export duty for iron ore and selected steel products. The minister praised the performance of certain high-frequency indicators and said that the GST collection had surpassed Rs 1.4 trillion for five consecutive months.

China's banks are said to be on the brink of bankruptcy. However, India's gross bad loan ratio was just 5.9% in FY22, a six-year high. She said that India's debt-to GDP ratio (general government debt at 86.9% in FY22 was better than most countries). The minister countered the Opposition's claim that the central government is monopolizing a large amount of petroleum taxes. According to Reserve Bank Of India (RBI) data, India's total development expenditure between 2014 and 2022 by the Modi government was 90.9 trillion. This compares with 49.9 trillion spent during the 2004-14 (UPA) period, Sitharaman stated.